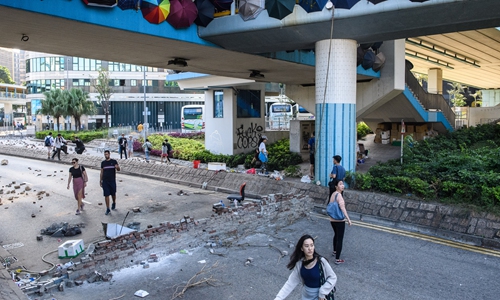 Eleven new universities on the Chinese mainland will open their doors to Hong Kong students, expanding the number of colleges to 122 including Tsinghua and Peking universities, in a move that Chinese analysts believed will strengthen mutual understanding.

The education bureau of Hong Kong Special Administrative Region on Wednesday announced on its official website that Hong Kong students can apply to mainland universities from March 1 to 20 for the next academic year by taking the Hong Kong Diploma of Secondary Education Examination (HKDSE) in 2020.

The list grew to 122 universities under 21 provincial-level administrative regions, according to China's Ministry of Education.

The bureau will have further discussions with relevant departments in the mainland to get more mainland universities involved in the scheme, providing choices for study and opportunities to connect with the mainland's development.

Hong Kong students will be admitted based on their performance in the examination and are exempt from the joint college entrance examination for mainland universities. That would reduce the pressure on the students, according to the Hong Kong education bureau.

Chu Zhaohui, a research fellow at the Beijing-based National Institute of Education Sciences, hailed the move as helping Hong Kong youth increase their knowledge of the mainland and build a friendship with their mainland peers.

Unrest in Hong Kong has discouraged many mainland students from applying to universities in Hong Kong, Chu said. Maintaining mutual exchanges and ties Is important amid recent situations, he noted.

The program simplified procedures for Hong Kong students to be enrolled at mainland universities, but Chu noted that no extra privilege should be granted to them.

"Hong Kong's unrest shows some Hong Kong students lack basic knowledge of the colonial past and love for the country," posted a net user.

"I hope they could have more understanding of our shared history and culture."