115 elephants die in Zimbabwe's largest game park due to drought 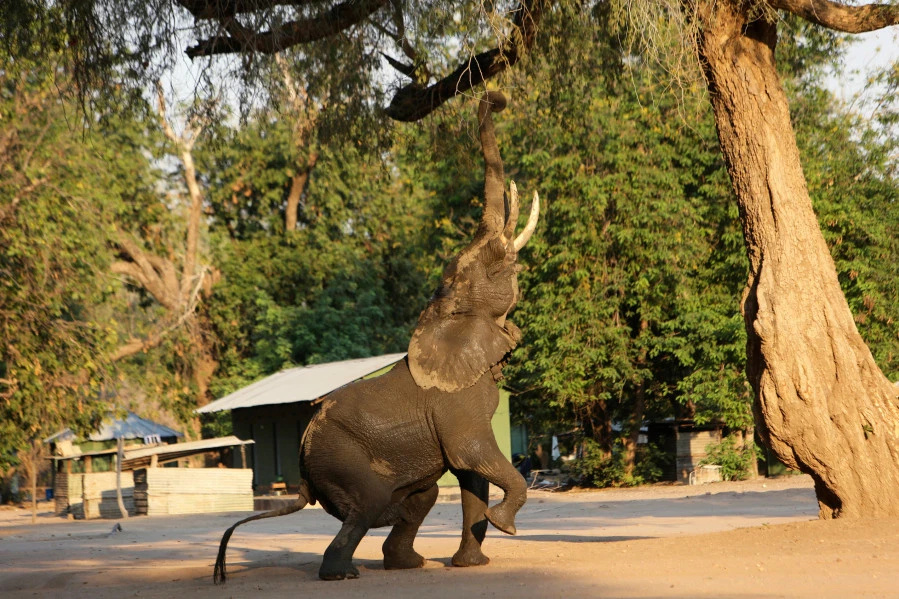 HARARE, Nov. 11 (Xinhua) -- At least 115 elephants have died at the country's largest game reserve since September this year due to shortage of food and water.

Farawo said 105 elephants died between September and October in the vast game reserve, while 10 more died since the beginning of this month. He said the number of deaths recorded so far could be higher.

Hwange National Park is located in the dry western region of the country, and has the biggest population of elephants in the country.

He said ZimParks was currently sinking boreholes as deep as 400 meters to try to get to the water table.

"This is costly and we are battling to cope," he lamented.

He also added that the food and water shortages in the country's national parks were worsening human-wildlife conflict as animals were escaping from parks to communal lands in search of scarce resources.

He said ZimParks desperately needs investment in water sources to prevent deaths of wildlife and ultimately protect humans from animals.

With more than 84,000 elephants against a carrying capacity of around 56,000, Zimbabwe is the second biggest home to elephants in the word after neighboring Botswana.