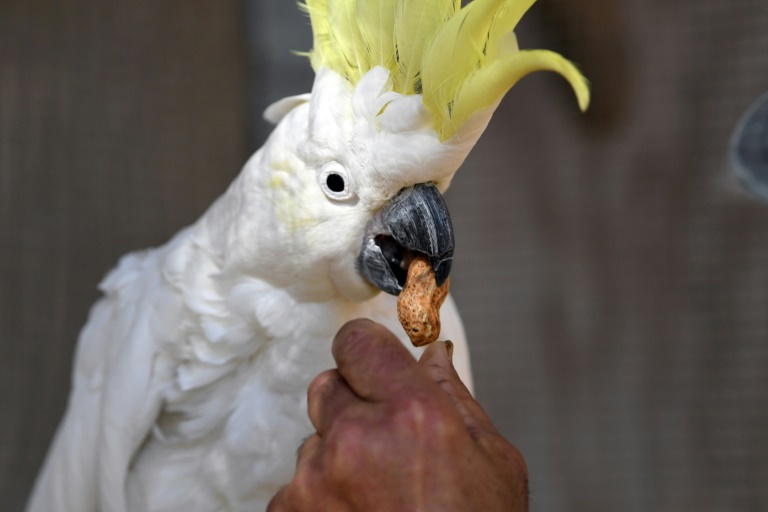 Drawings of an Australasian cockatoo discovered on the pages of a 13th century European manuscript suggest trade Down Under was flourishing as far back as medieval times, researchers say.(Photo: AFP)

Drawings of an Australasian cockatoo discovered on the pages of a 13th century European manuscript suggest trade Down Under was flourishing as far back as medieval times, researchers said Tuesday.

The coloured drawings pre-date by 250 years what was previously believed to be the oldest European depiction of the bird, in Andrea Mantegna's 1496 altarpiece Madonna della Vittoria.

Heather Dalton, an honorary research fellow at Melbourne University, published an article about the cockatoo in Mantegna's painting in 2014 which was seen by three scholars at the Finnish Institute in Rome.

A resulting collaboration between Dalton and trio revealed that Frederick's bird was likely to have been either a female Triton or one of three sub-species of Yellow-crested Cockatoo.

Essentially, it indicates that trade off Australia's north was taking place much earlier than previously thought, and linked into sea and overland routes to Indonesia, China, Egypt and beyond into Europe, Dalton said.

"Although our part of the world is still considered the very last to have been discovered, this Eurocentric view is increasingly being challenged by finds such as this," she said.

"Small craft sailed between islands buying and selling fabrics, animal skins and live animals before making for ports in places such as Java, where they sold their wares to Chinese, Arab and Persian merchants.

"The fact that a cockatoo reached Sicily during the 13th century shows that merchants plying their trade to the north of Australia were part of a flourishing network that reached west to the Middle East and beyond."

According to the National Library of Australia, the first documented landing by a European in the country was in 1606.

There are claims of earlier landings by the Portuguese, Spanish, Chinese, Arabs and Romans, but there is little credible evidence.

Dalton said the Latin text next to one of the images revealed that the cockatoo was a gift from the fourth Ayyubid Sultan of Egypt to Frederick II, who referred to him as the 'Sultan of Babylon'.

She pieced together the journey a cockatoo would have taken from Australasia to Cairo and then on to Sicily -- which would have been primarily overland and taken several years.

The findings are published in the current edition the Parergon Journal.