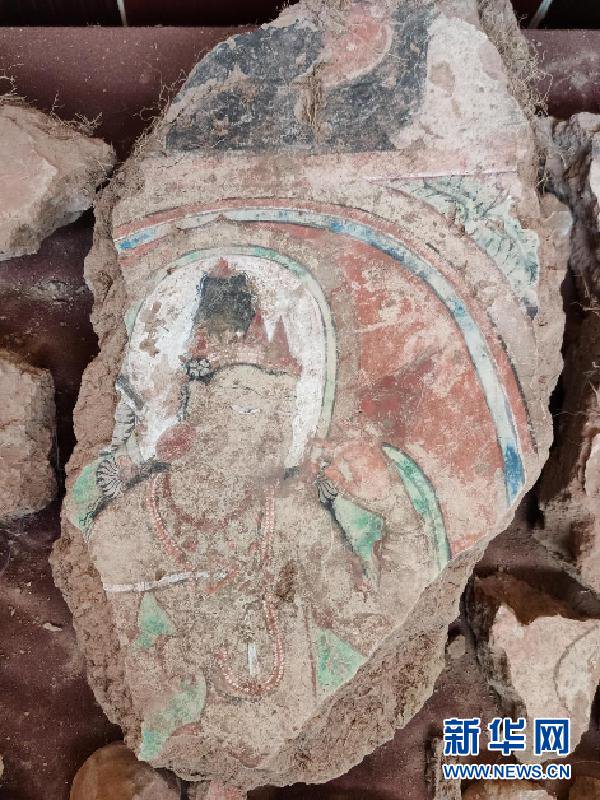 The frescoes, which were discovered in Nangqian County, Yushu Tibetan Autonomous Prefecture, in the source area of the Lancang River, features significant characteristics of Indian Pala art style, and have extremely high value for historical human research.

Remains of an ancient temple were discovered in June when villagers of Duochang were working on a local mountain. They found three pieces of murals on stone walls and reported to the local bureau of culture and tourism.

The frescoes might be created around the 13th century, said Luo Wenhua, director of the Institute for the Research of Tibetan Buddhist Heritage under the Palace Museum, during his field inspection to the ruins.

Carrying Tibetan inscriptions, the murals might be the earliest Tibetan Buddhist frescoes that have ever been discovered in Qinghai Province, Luo said.

The frescoes are of important value in the study of the ancestral activities on the Qinghai-Tibet Plateau, according to the culture and tourism department of Nangqian County.