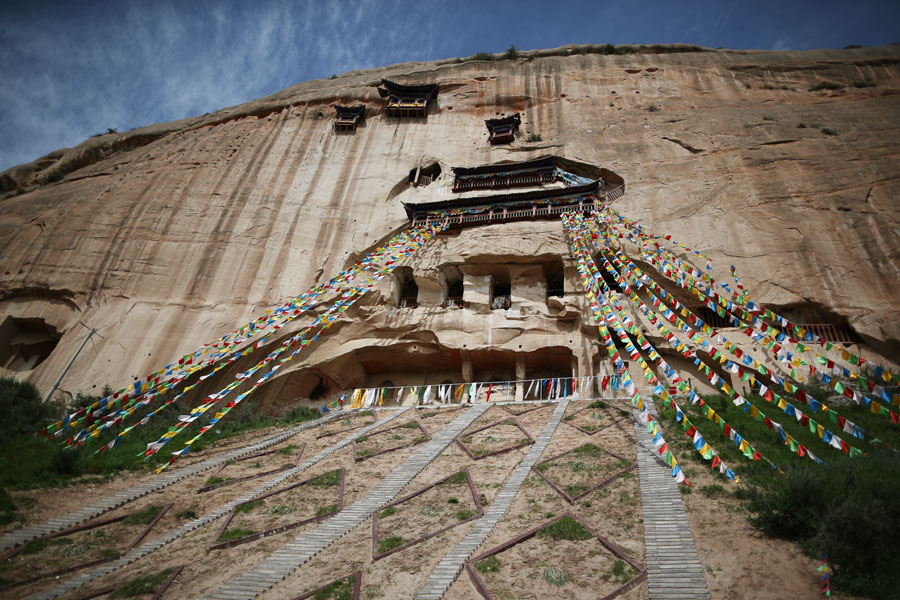 The project launched last June, with a total investment of 3.89 million yuan (about $530,000), includes data collection for the surrounding environment of the grottoes, digital scanning of the murals and sculptures preserved in primary caves, 3D reconstruction of cave structures and panoramic warping, among others.

As the grottoes were built on fragile red sandstone at an altitude of about 2,500 meters, the climatic conditions and rough terrain have brought about risks such as weathering and efflorescence for the grottoes despite many necessary protective measures, according to the institute for cultural heritage preservation in Zhangye.

Digital technology is a new approach to permanently preserving cultural relics and will usher in a new era for future exhibitions, the institute said.

First built around 1,600 years ago along the route of the ancient Silk Road, the Mati Temple Grottoes are famous for Buddhist relics preserved in more than 70 caves, including more than 500 colored sculptures as well as murals spanning a total of over 1,200 sq meters.