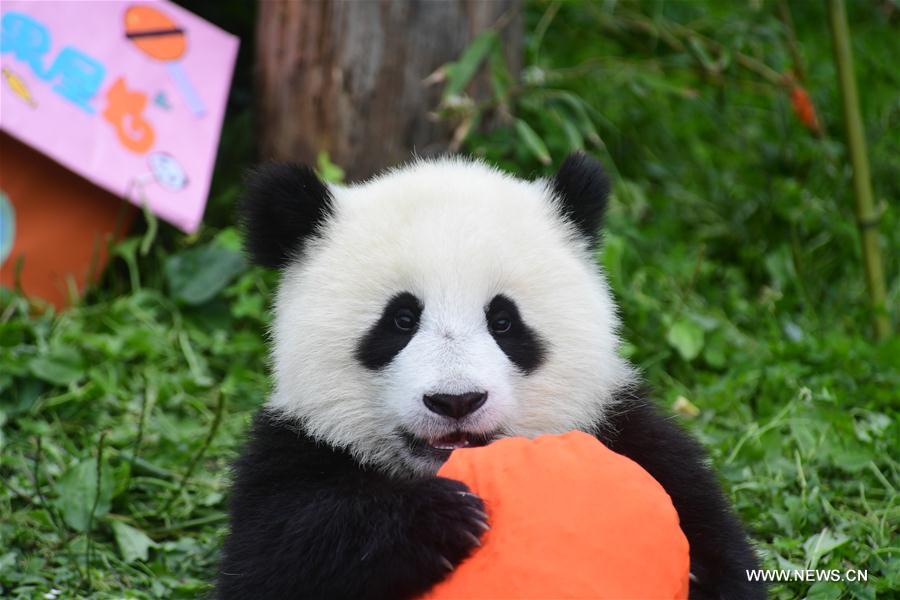 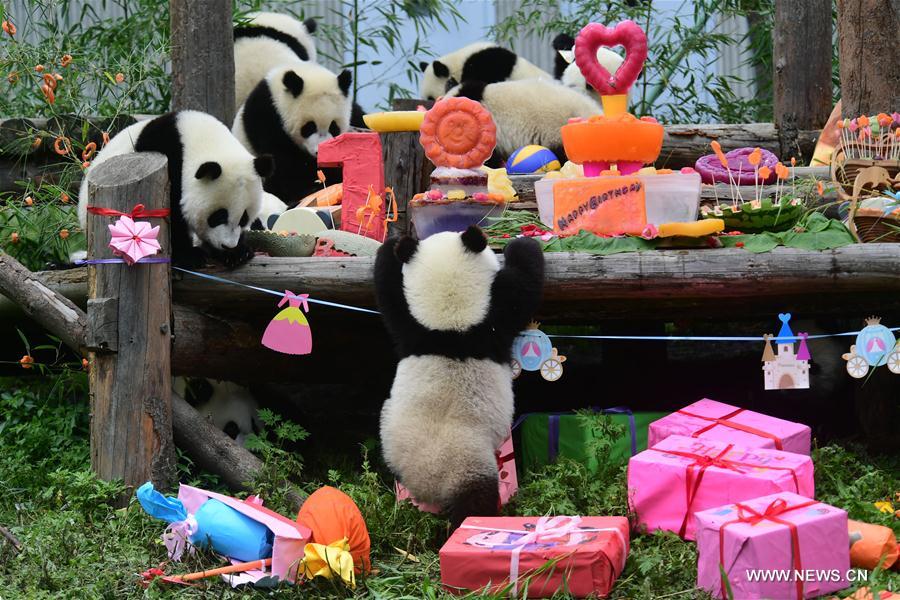 Staff with the research center prepared a fancy fruit birthday cake for the panda cubs. Fans of the panda cubs were also invited to attend the birthday party. 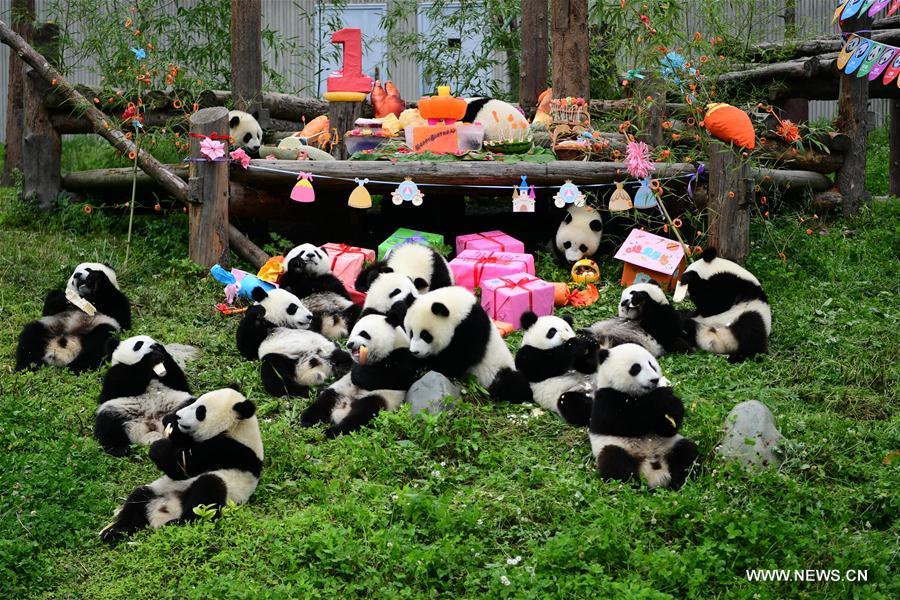 There are nine male and nine female cubs in total, including three pairs of twins. 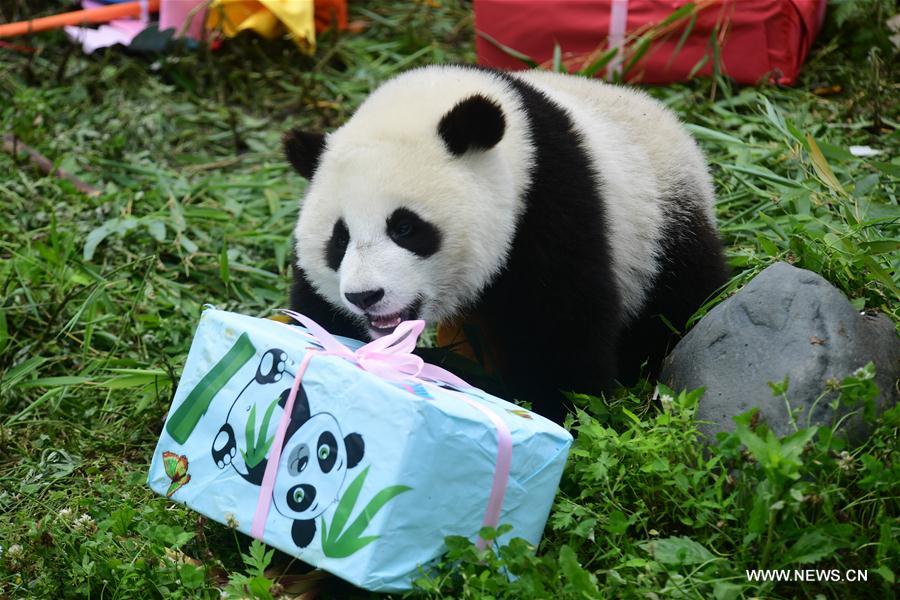 Being lively and active, the cubs usually play together, compete with each other for food, climb trees, sleep on tree branches or play with toys. 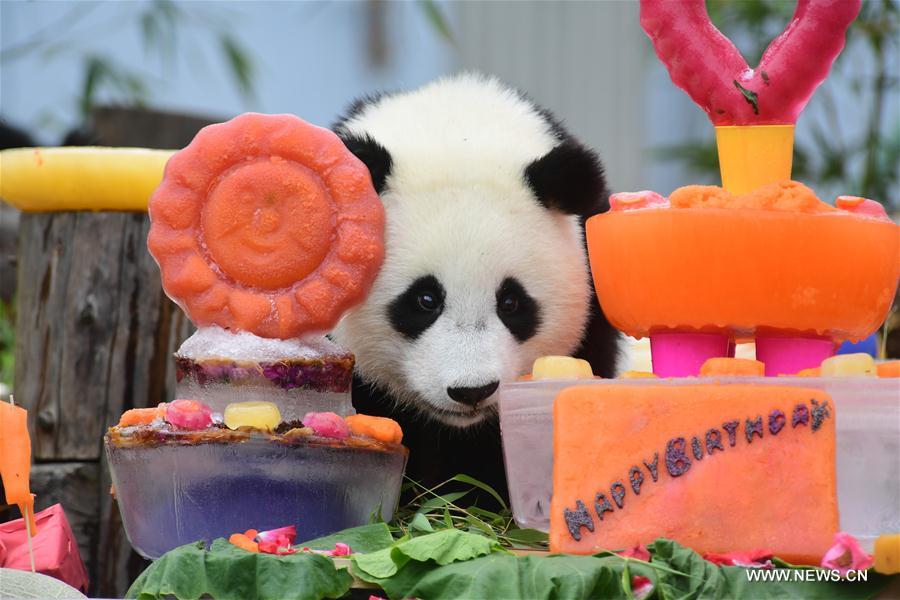 The cubs are also entering the teething stage where they become mainly reliant on milk. They do however supplement their diet with two meals of tender bamboo shoot tips each day, allowing them to grind their newfound adult teeth. 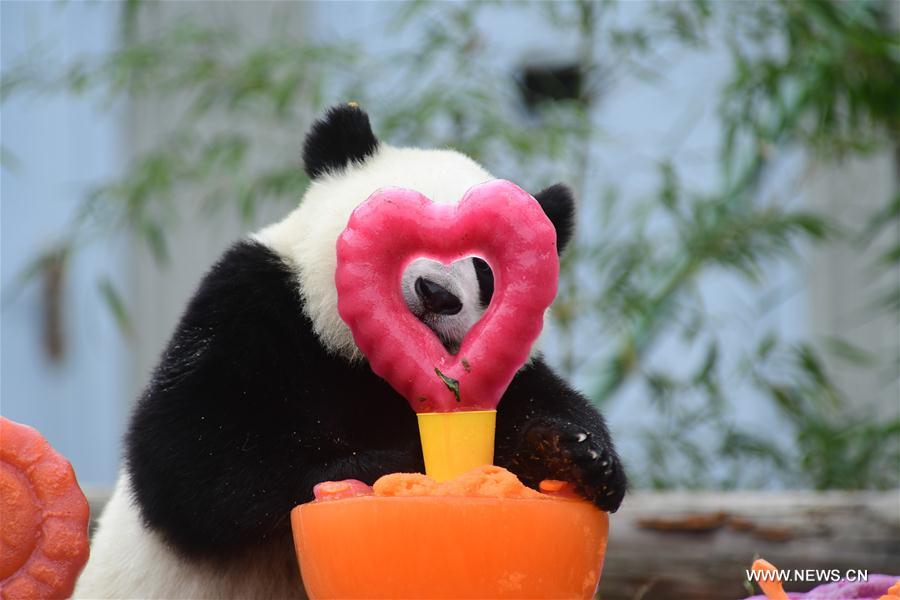 Their growth indicators are monitored by their breeders at the research center. The veterinarians also conduct regular physical examinations. 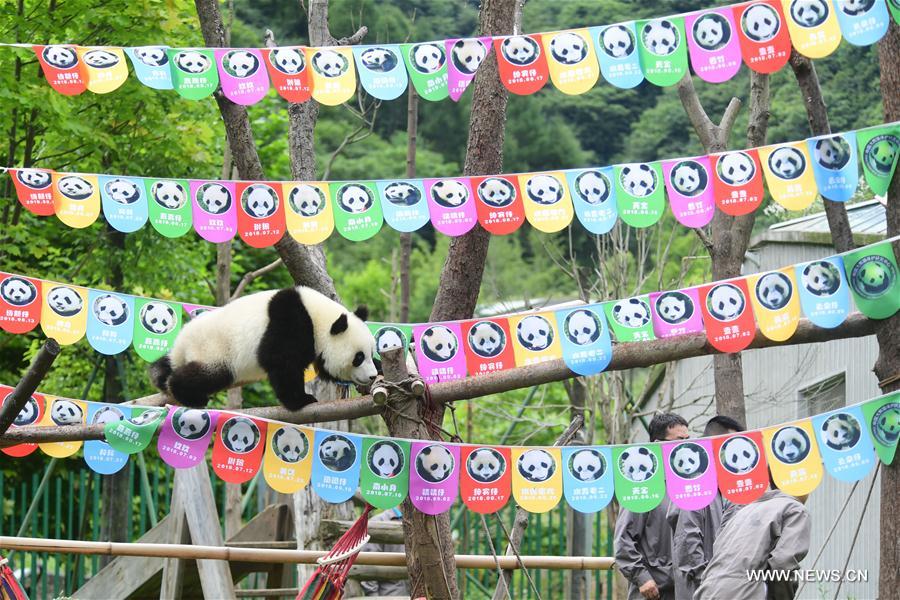 In 2018, 31 panda babies, 15 females and 16 males, were born in the China Conservation and Research Center for the Giant Panda. There are seven twins among them. 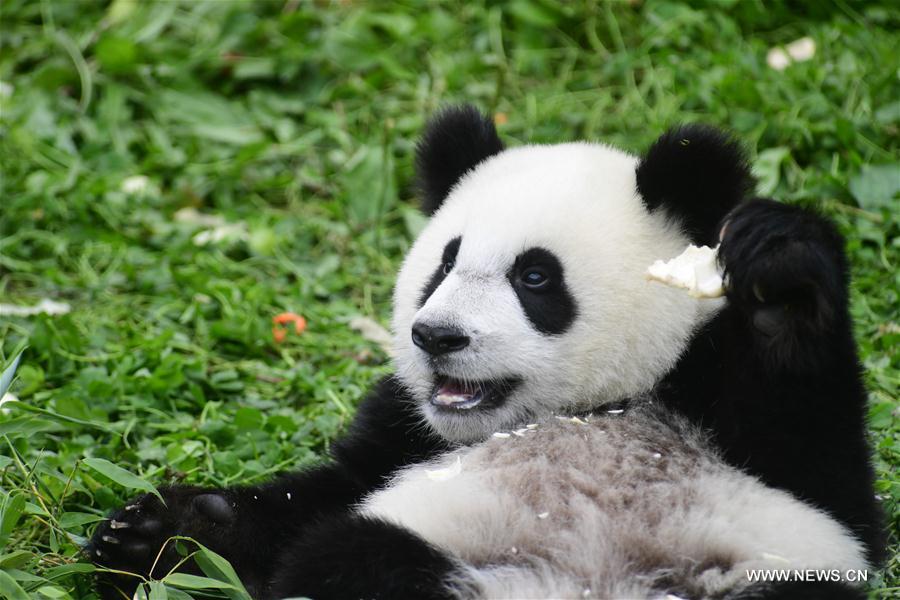 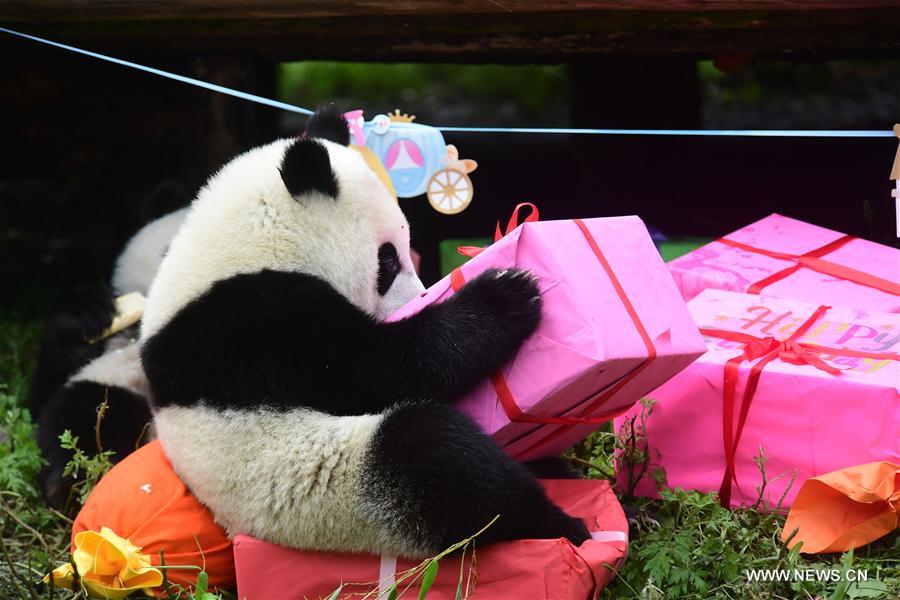 The giant panda was scientifically discovered 150 years ago and named in the city of Ya'an, Sichuan. It remains one of the world's most endangered species. 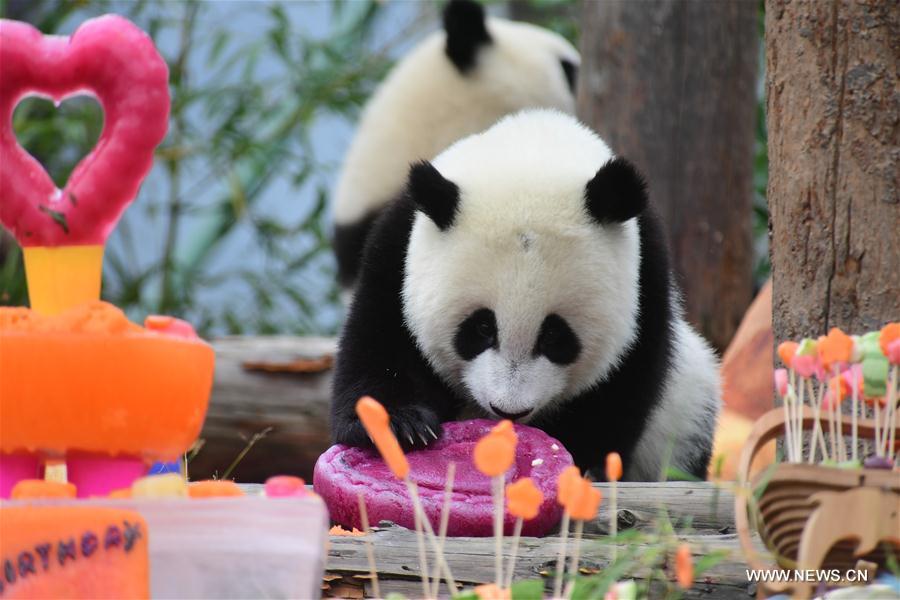 The number of captive pandas was 548 globally as of last Nov. Fewer than 2,000 pandas live in the wild, mostly in the provinces of Sichuan and Shaanxi. (Photos: Xinhua)