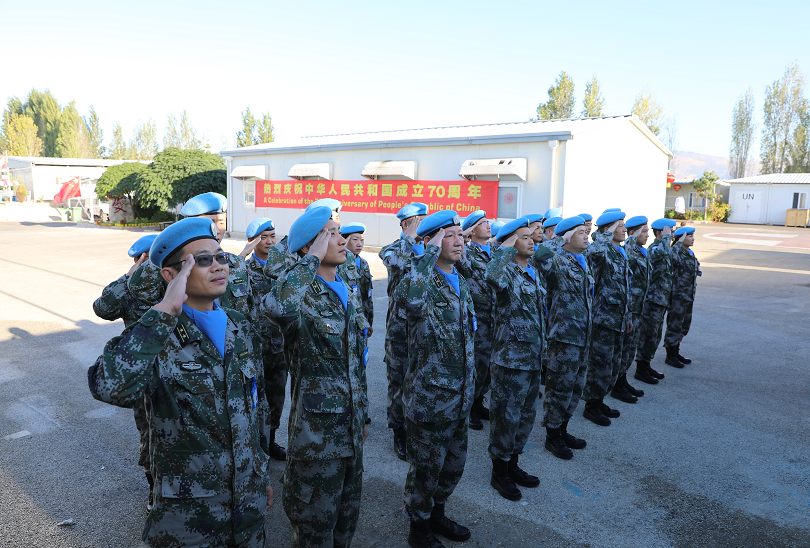 In the early morning hours of October 1, the Chinese medical unit watched a live broadcast of the anniversary celebration in Beijing.  During the military parade, the unit felt strong encouragement and support from their country.

Within a few hours, staff members at the Chinese hospital in Golan Heights were awakened to the first rays of the new day and the sound of their national anthem playing in the background. 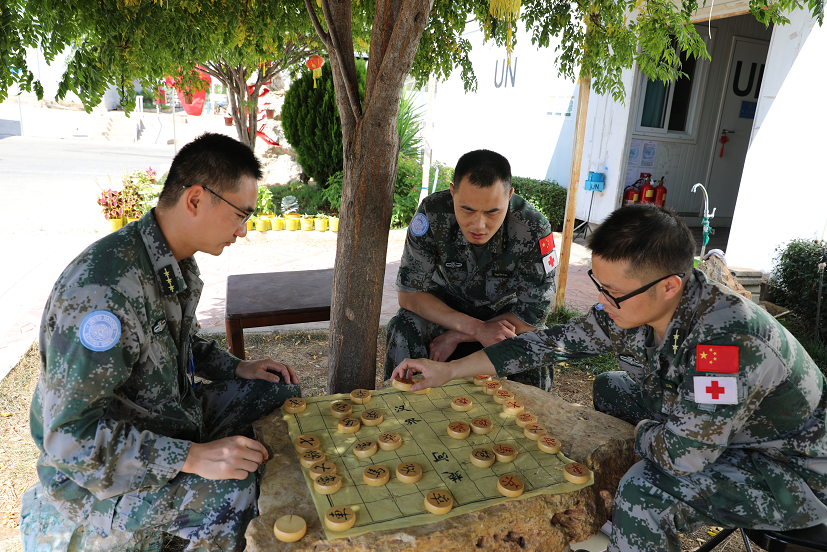 To create a festival atmosphere, the peacekeeping held a variety of cultural and recreational activities such as basketball, table tennis, badminton, billiards, chess, and card-playing, in Lebanon’s eastern region where the United Nations Interim Force in Lebanon (UNIFIL) People's Liberation Army (PLA) are stationed. Together, they shared in the joy of celebrating National Day with the locals and foreign allies.