I was born late in the year the historic Long March in China ended, 1936.  When the People's Republic of China was founded in 1949, I was in junior high school, age 13, in a rural northern Minnesota area. My stories with China go back to the day my parents were married. 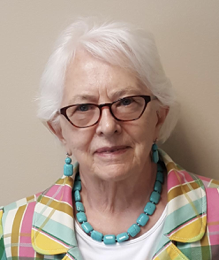 The ceremony was performed by a minister who was back home in the United States on a furlough from his work as a missionary to China, Rev Ralph Mortensen, who was serving for a short time in the small town of Shevlin, Minnesota, my birthplace.

As a child, I learned through my family that the world was larger than my home country, the United States of America. My father was a Norwegian immigrant and my mother’s ancestors were also Norwegian. Not surpris-ingly, geography and social studies were favorite subjects in school.

While growing up, I became curious about China and that curiosity never left me. Most of my early China knowledge came through the small com-munity church that was a large part of our family traditions. I met and heard about people who had lived and worked in China. The impressions left with me were ones of mutual admiration, curiosity, respect, kindness, ambition, friendship, beauty, and more.

A family gift from one of the American visitors to our home who had lived in China was a red silk-covered booklet which I still have with 20 pages of intricate Chinese paper cuts. I pondered over what I saw: a moon gate, a palanquin, lantern, people riding on a donkey, trees, boats, musical instru-ments, ornate bridges, rickshaws, umbrellas, birds in cages, unique archi-tecture, fishermen, flowers. I wanted to see all of that in China someday.

I knew something of world-wide turmoil in the years leading up to 1949. In the Pacific theater of World War II, America was preparing to strike back at Japan for its surprise attack on Pearl Harbor. Here, in Minnesota where I live, I can see our airport from our home high on a bluff overlooking city of Minneapolis.

The airport, then called Wold-Chamberlain Field, is where 24 B-25 bomber airplanes were secretly flown to in January of 1942 to be modified with big fuel tanks in the bomb bays and a special collapsible bladder installed in a crawl space to hold more fuel.  (I was only 5 years old then.)  Some 16 of these planes were launched off the aircraft carrier USS Hornet in the Pacific Ocean on April 18, 1942, to strike Japan in a retaliatory mission led by legendary flier Jimmy Doolittle. The planes then flew on to China where crews had to parachute to the ground when the planes ran out of fuel. This is the famed Doolittle Raid.

Much has been written about the daring rescues of the American crews by Chinese people. The United States and China were allies in the fight against the armies of Imperial Japan. The Japanese brutally punished Chinese people who rescued the surviving American airmen.

In April of 1992, I had the rare chance to meet some of the American crew and Chinese rescuers when they came to Minnesota. I interviewed an 85-year-old farmer rescuer, Liu Fangchiao, to hear and record his story firsthand. I still have in a red portfolio the newspaper and magazine stories that I collected of this reunion.

In the late 1960s, a University of Minnesota professor of Chinese history, Professor Ted Farmer, led me through many of his courses and showed me where to find endless information on China right here in Minneapolis. He enforced my early positive impressions of faraway China. Before I knew it, I had fulfilled all requirements for a Bachelor of Arts degree with Honors in Chinese language from the University of Minnesota.  I was following my bliss.

I joined US-China People Friendship Associate (USCPFA)-Minnesota in  1979 and I had opportunities to learn more, and experience China person-ally. I have maintained my membership every year since then.

USCPFA has worked continuously with the Chinese People’s Association for Friendship with Foreign Countries (CPAFFC), headquartered in Beijing to build a bridge of friendship between our two countries. Each side learned much from these shared life experiences.

I took my first trip to China in 1986 through USCPFA on what was called a Local Leader’s tour. We stayed in the You Hao Bing Guan, a charming walled compound owed by the CPAFFC. It even had a moon gate. My ear-ly positive childhood impressions were verified. I brought home memories to last for more than a lifetime.

In 1991, I was elected USCPFA National President, a position I held for 14 years. Together with committed, like-minded and hard-working people throughout the United States and China, we have maintained our roles in promoting friendship and understanding between the peoples of the United States and the People’s Republic of China. On May 19, 2004, CPAFFC awarded me the title of “Friendship Ambassador” at a meeting in Chong-qing.

I have traveled to China more than 25 times and recently rode on the new networks of comfortable trains at speeds averaging more than 300 kilome-ters per hour. On my most recent trip to China in November 2018, we rode on an elevator to the 116th floor observation deck in 55 seconds in the new Ping An International Finance Center skyscraper, the fourth tallest building in the world, in Shenzhen.

As vice president of CPAFFC, Xie Yuan said in a speech delivered at the 22nd USCPFA National Convention in September 2009, “The reform and opening up policy brought China onto the road of fast development, the re-sulting achievements show the wisdom and far-sightedness of China’s leaders.”

People on the Long March in 1936 would have been astounded at what China has become.. Friend of China? Yes!

Barbara Harrison served as USCPFA-National President from 1991 to 2005. In 2004, she was the 5th American awarded the title of Friendship Ambassador by the Chinese People’s Association for Friendship with Foreign Countries.