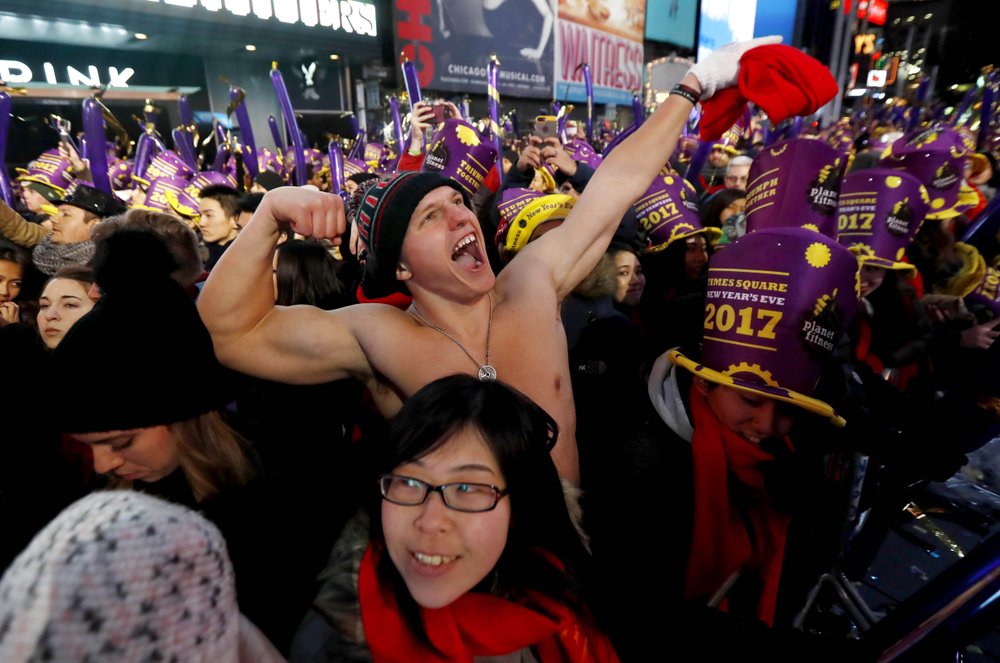 Ryan Seacrest and Anderson Cooper will be there. Snoop Dogg, too.

But 1 or 2 million people in New York’s Times Square for New Year’s Eve? As Snoop would say, you must be sippin’ on gin and juice.

Crowd-size experts scoff at those mammoth figures — floated annually by city officials and event organizers — saying it’s impossible to squeeze that many of even the skinniest revelers into such a relatively small space.

The crowd estimates come from the New York City Police Department, according to the Times Square Alliance, which runs the ball drop.

New York University professor Charles Seife, a mathematician and journalist who explored statistical manipulation in his book “Proofiness,” said the city has an interest in promoting a bigger number because it “helps cement the image of New York City as the center of the universe at a certain date and time.”

He suggested fuzzy math and fuzzier geography were also at play.

“How do you count a participant in the Times Square ball drop?” Seife asked. “Is it everyone who can see the ball, or anyone squeezed into a bar in Manhattan?”

To actually fit 1 million revelers, the city would have to jam more than the equivalent of a sold-out Yankee Stadium on every block of 7th Avenue between Times Square and Central Park — which starts about 15 blocks to the north.

Still and his colleagues perform detailed analyses when calculating precise crowd totals. But even using simple techniques, like measuring Times Square on a map and running a few calculations, it’s clear the numbers don’t get anywhere near 1 million.

Those numbers don’t count people watching from hotel and office building windows or from penned-off areas farther away. They also don’t account for space taken up by stages, security apparatus and egress routes, where people would otherwise be able to stand.

New York’s crowd estimate has evolved over time. As late as 1998, the police department was estimating that roughly 500,000 people attended. But for the millennium bash at the close of 1999, Mayor Rudolph Giuliani predicted as many as 2 million.

At big events, an accurate crowd estimate is critical to public safety. The wrong number can leave cities devoting too many or too few resources to an event, Still said. But New York — despite inflating the size of its crowd — manages the throngs well, funneling revelers into penned off areas, so there’s no opportunity for overcrowding, and screening each person for weapons.

Police are planning for 65 such pens this year, stretching well north of Times Square proper. To get 1 million people into those 65 pens, each would have to fit around 30,800 people.

Estimating crowd sizes has long been subject to inexact guesswork and political pressure.

Arguments about crowd size flared after President Donald Trump claimed he had the largest presidential inauguration audience in history. The National Park Service stopped estimating crowds for events on the National Mall in Washington DC after a dispute with Nation of Islam leader Louis Farrakhan over the attendance for his 1995 Million Man March.

Parades for victorious sports teams involve some of the most over-the-top estimates. Officials claimed 3.2 million people crammed the streets of Philadelphia for last year’s Eagles Super Bowl parade. The city’s mayor later conceded that the crowd was probably closer to 700,000.

And forget about a million people packing tiny Vatican City for Christmas, Easter or anything else.

“Unless they are 17 meters high, stacked on top of each other, shoulder to shoulder, you can’t get that many people in St. Peter’s Square,” Still said.