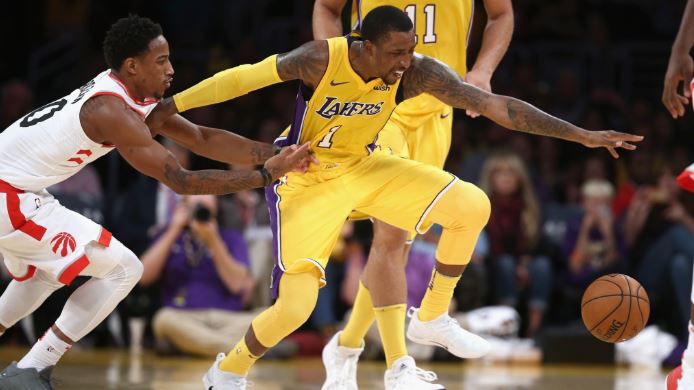 The NBA released its full schedule for the 2018-19 season on Friday, giving the fans a clear idea of where and when to watch which games. Some popular teams have ended up with the most opportunities to play in front of a wide audience, others are not.

The Los Angeles Lakers will have 43 national appearances on ABC, ESPN, TNT and NBA TV in the new season, which is the most of all 30 teams, followed by the Golden State Warriors (40), the Boston Celtics (39), the Houston Rockets (39), the Philadelphia 76ers (39) and the Oklahoma City Thunders (36), as reported by Sam Amick from USA Today.

Even though the Lakers have never won more than 41 games in any season since 2012-13, they have remained popular on TV, with 35 national appearances last season. Now that they have LeBron James, it’s understandable that the team leads the league in nationally broadcast live games.

The Purple and Gold are also leading in Christmas Day appearances. Including the 2018-19 season, the Lakers will play live on Christmas for the 19th time in a row. OKC are second with nine performances. The team have not missed this game since 2010. Though the New York Knicks have not played well for years, they have the biggest basketball market in the US and will play their third consecutive Christmas Day game in this new season. They have also played the most Christmas Day games in NBA history with 52 appearances.

Compared to these popular teams, the following ones are not so lucky. For example, the Memphis Grizzlies and the Charlotte Hornets - formerly Charlotte Bobcats - have again failed to make it to the Christmas Day games. They are also the only two teams in the league that have never played at this event.

The Atlanta Hawks, who have played 20 Christmas Day games, have been absent from the stage for 29 years.The last time the Utah Jszz played on Christmas Day was in 1997, which was also the last time John Stockton and Karl Malone challenged Michael Jordan and his Bulls in the NBA Finals.

The Toronto Raptors might be the most unfortunate team. They will not play on Christmas Day, the opening day or the Martin Luther King Jr. Day fixtures. Although that happened to both the Jazz and the Hawks too, consider this: The Raptors ranked No.1 in the Eastern Conference last season with a franchise-record 59 wins, and they got Kawhi Leonard, one of the top five small forwards in the league in summer 2018. Nonetheless, this was still not enough to get them close to center stage.