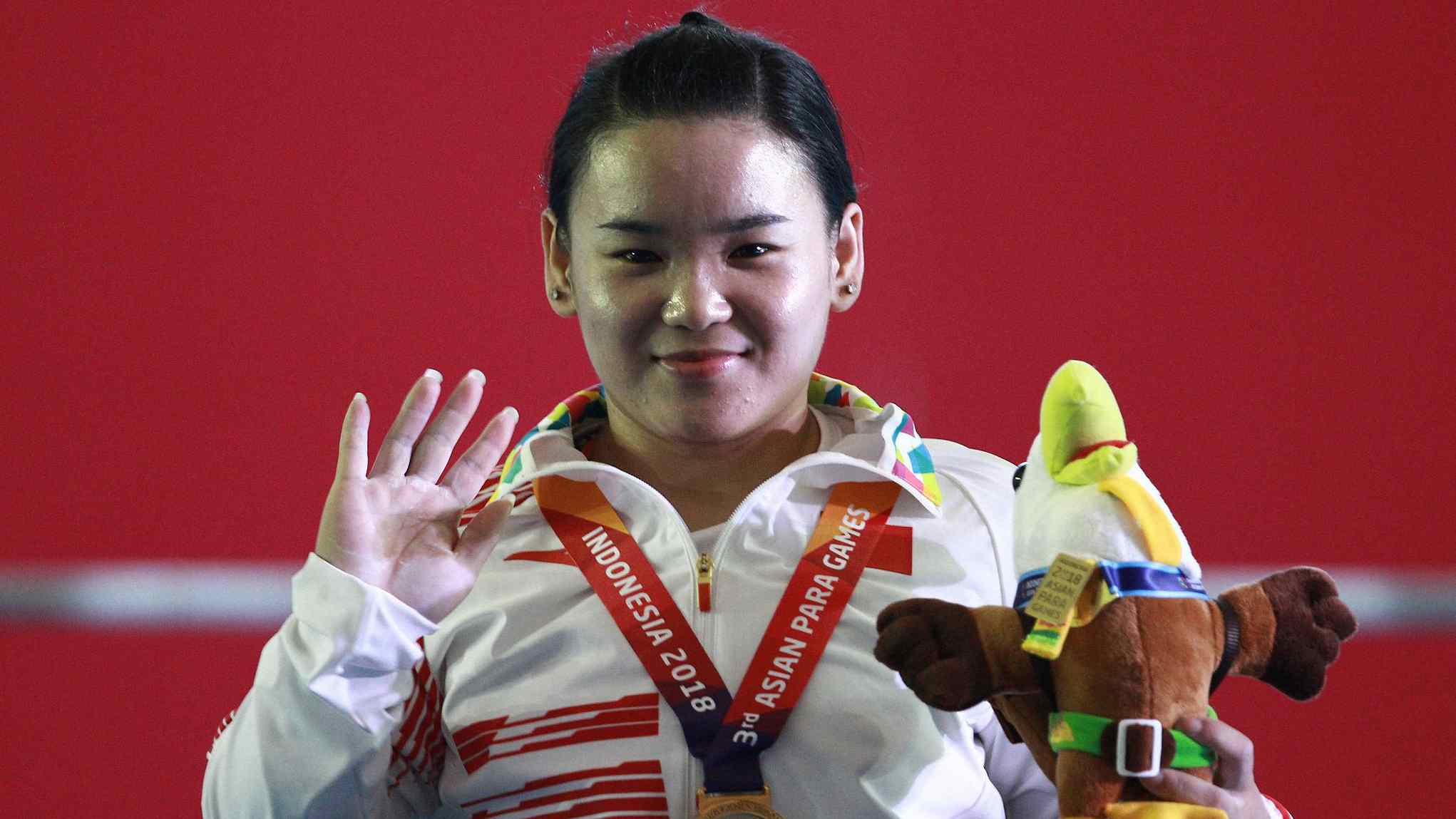 Guo Lingling made it a double for China as she broke the world record twice to win the women's 45kg category, setting a new world record with 115kg.

Cui, silver medalist of the event at 2016 Rio Paralympics, battled with Indonesia's Ni Nengah Widiasih from the very beginning as Cui lifted 96kg on the first attempt and Widiasih lifted 97kg.

Neither of them succeeded on the second outings, but Cui managed to push up 100kg on the last attempt, while the Indonesian failed twice on 101kg to take the silver medal. Syria's Noura Baddour finished third.

"I was not worried after the second attempt because I never lost to the Indonesian before. I knew I just needed to lift my 100kg and the pressure would be on her," Cui said.

Guo dominated the competition with her first attempt being at 105kg, when the other lifters were trying 50-60kgs. She broke her own record of 114kg on the second attempt and even pushed up a weight of 115.5kg on a bonus attempt, which was not counted as the world record.

"I think I can push up more than that (115.5kg), so when I knew I've already won the gold medal after the first attempt, my goal was the world record," said Guo, who had set the world record of 110kg at the World Championships in 2017.