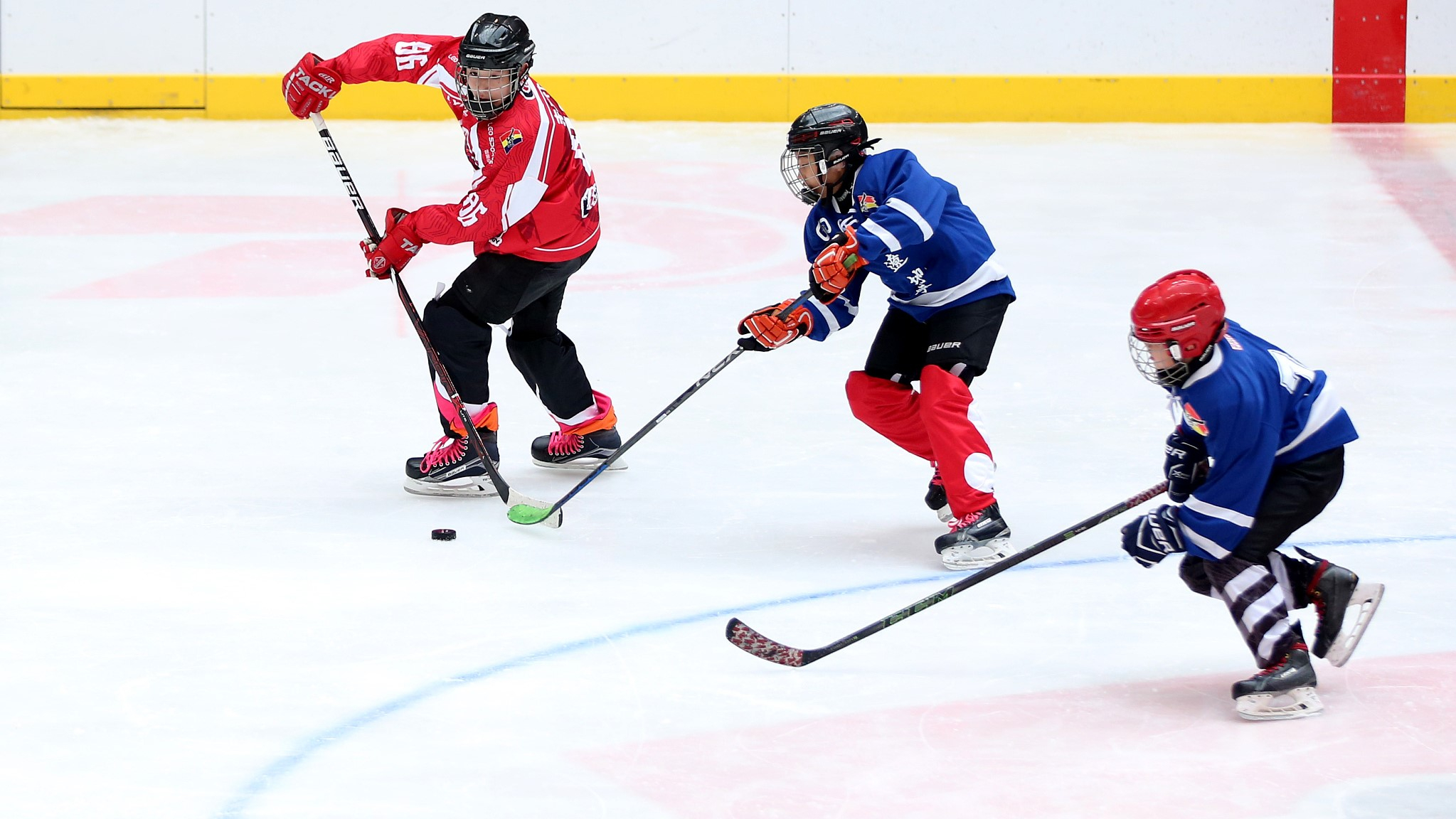 The training camp includes two parts: the first runs from August 1 to 13, while the second takes place during the winter vacation. Specific arrangements include training sessions for coaches, players, goaltenders and equipment managers. Training sessions for referees were already completed on June 25.

Twenty-two coaches, 10 goalkeepers and 25 registered players from 16 cities are attending the first part of the camp to train with foreign experts. During the sessions, attendees will learn more about youth development in the sport so they can relay their knowledge to others across the country.

Still, China’s first ice hockey invitational tournament for primary and middle school students will take place during the training camp between August 8 and 13 in Beijing. Ten primary school teams and seven middle school teams will be competing in the Chinese capital.

Owing to its fierce physical confrontations, ice hockey put players at a larger risk compared with other sports like soccer and basketball, which has given teenagers interested in the sport every reason to acquire more scientific training sessions before stepping onto the ice rink.

The International Ice Hockey Federation (IIHF) decided on May 17 to allow China to enter a men’s and a women’s ice hockey team to the 2022 Winter Olympics in Beijing. The country’s women’s team attended three Winter Olympics in 1998, 2002 and 2010 respectively and ranked fourth in 1998 in Nagano, Japan.