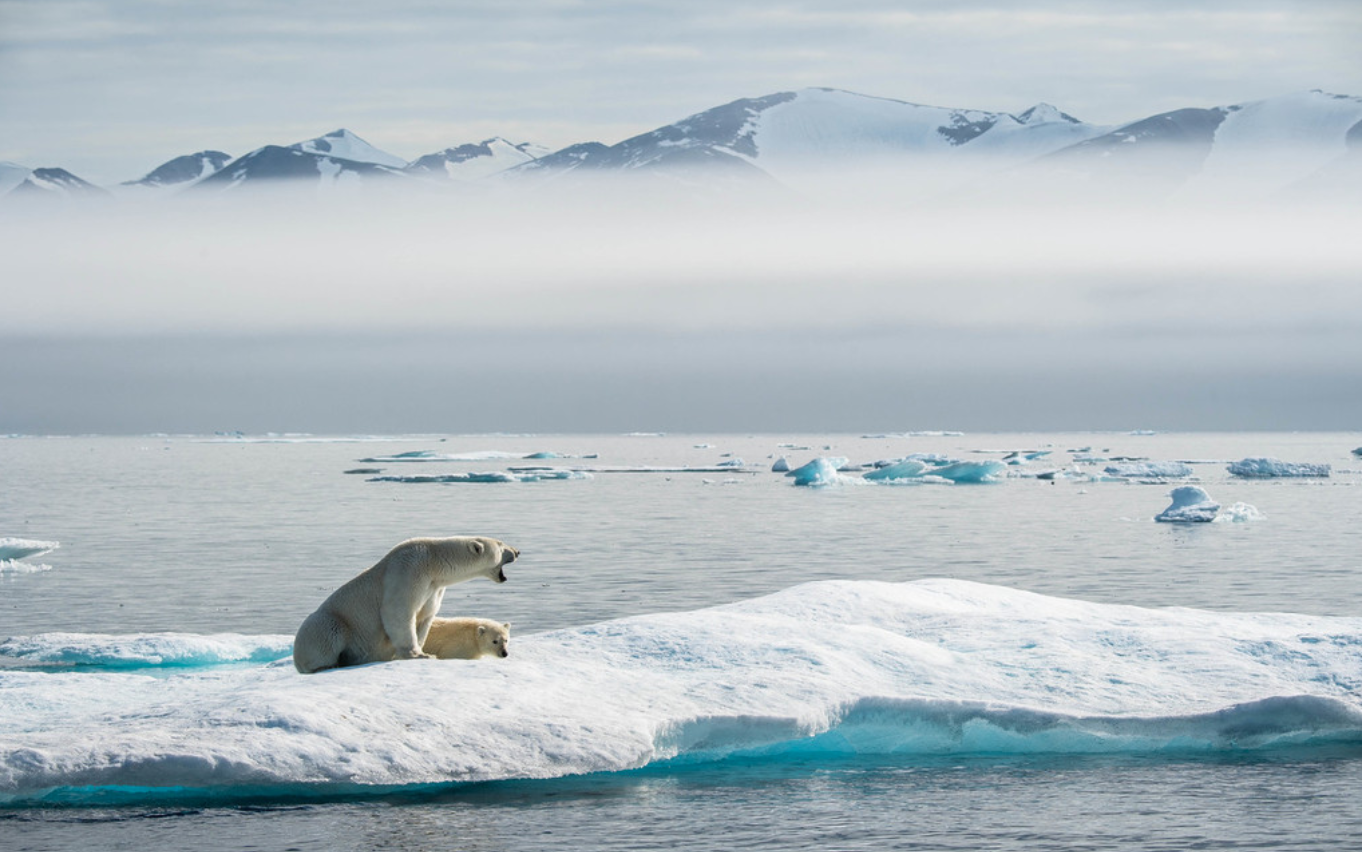 The picture show a polar bear leaping across the water from one block of ice to another, gazing up at the drone and feeding on a fresh kill, Devon Island, North of Canada. (Photo: IC)

WASHINGTON, Feb. 7 (Xinhua) - The global surface temperature in 2018 was the fourth warmest in the modern record, showed an annual analysis released on Wednesday.

Global temperatures in 2018 rank behind those of 2016, 2017 and 2015 and the past five years are, collectively, the warmest years since 1880, according to scientists at the United States space agency NASA.