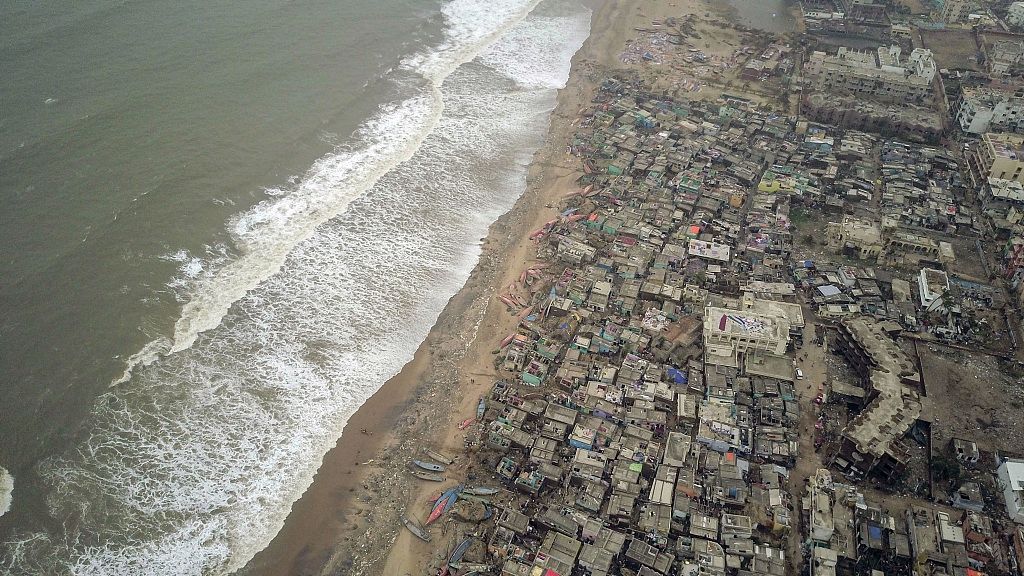 A view of damaged homes and fishing boats in the coastal belt of Odisha, India after Cyclone Fani hit the region, May 5, 2019. (Photo: VCG)

Unabated emission of greenhouse gases means 2019 is "on the course" to becoming the second or third warmest year on record, which could lead to an increase in global hunger and a catastrophic impact on human health.

The global average temperature recorded from January to October shows an increase of 1.1 degrees Celsius above pre-industrial level, said a provisional Statement on the State of the Global Climate released by the World Meteorological Organization (WMO) on Tuesday.

But the average temperatures for the five-year (2015-2019) and ten-year (2010-2019) periods are almost certain to be the highest on record. The final report would be issued next year.

"If we do not take urgent climate action now, then we are heading for a temperature increase of more than 3 degrees Celsius by the end of the century, with ever more harmful impacts on human well-being," said WMO Secretary-General Petteri Taalas.

Disease, migration, and hunger to rise along with the mercury

As a result of climate-induced extreme weather events, more than 10 million people were internally displaced during the first half of this year due to floods, droughts, and storms. Most of these displacements were caused by Cyclone Idai in Southeast Africa, Cyclone Fani in South Asia, Hurricane Dorian in the Caribbean, and flooding in Iran, the Philippines, and Ethiopia.

Moreover, wildfires in Australia, Europe, and the US are also linked to the rising temperatures.

The number of new displacements associated with extreme weather events could more than triple to around 22 million by the end of 2019, predicted the WMO.

With the rising temperatures, heat stress, injury or death from extreme weather events as well as food, water, and vector-borne diseases, including cholera, dengue or malaria, will increase drastically, the World Health Organization (WHO) said on Tuesday.

In addition, loss of crops due to droughts, floods, and insufficient rainfall has led to a rise in hunger rates after a decade of steady decline.

"One of the main impacts of climate change is more erratic rainfall patterns. This poses a threat to crop yields and, combined with population increase, will mean considerable food security challenges for vulnerable countries in the future," Taalas added.

Delayed seasonal rains and extended dry spells have impacted the regional cereal forecast by eight percent below the five-year average in poor regions like Southern Africa.

Around 12.5 million people in the region would face severe food insecurity up to March 2020, an increase of more than 10 percent from the previous year.

Countries will have to prioritize climate change and the health sector with investment and policies. But only about 38 percent of the countries have finances to even partially implement their national plans, while fewer than 10 percent are channeling resources to implement them completely, 2018 WHO Health and Climate Change Survey Report released today said.

"Climate change is not only racking up a bill for future generations to pay, it's a price that people are paying for now with their health," said WHO Director-General Dr. Tedros Adhanom Ghebreyesus.