CULTURE 2020: Year of the roller coaster

Year 2020 has been a deep dive into the unknown, some would say unkind for the immense obstacles and challenges, but China’s quick recovery has pulled businesses from the slump, and new opportunities have been presented for the food and beverage industry as consumption rebounded quickly.

Before we all embrace the New Year celebrations, here is a retrospective look at the Shanghai food scene in 2020.

In a year that started off with uncertainties (and some degree of fear), restaurants have been on a roller coaster ride — from facing the possibility of closure to strong reboots that brought even more business opportunities.

In Shanghai, businesses started to open, at least for delivery and take-out services, in February. Dining-in gradually recovered from early March and businesses that fought to survive during the first two months of 2020 were rewarded as business returned to normal from early April.

Starting in summer, many restaurants were doing better than in previous years, from high-priced fine-dining establishments to neighborhood bistros. The “aftermath” of COVID-19 slowly faded as restaurants and bars in Shanghai are now fully packed and some of the hottest spots in town require hours of waiting. 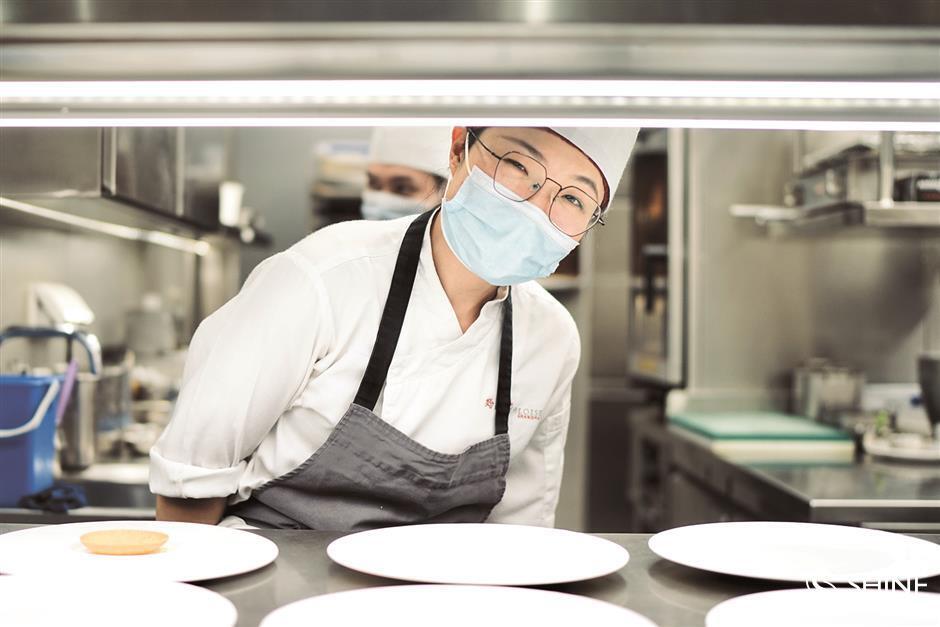 Restaurants in Shanghai recovered quickly after the pandemic this spring, with many reporting better performance year-on-year since summer.

Hakkasan Shanghai, which closed in late May, returned in the autumn with the original staff under a new owner.

Coffee franchise Manner has been launching many new shops across the city (and some outside Shanghai) throughout the year.

For Japanese restaurants, things were a little more complicated. Not only was consuming raw seafood not recommended during the pandemic, but there was also the fact that the chopping boards used for imported salmon at the massive Xinfadi market in Beijing were believed to be the origin of the cluster in summer, and imported fish play a prominent role in Japanese cuisine.

The authorities are taking no chances to test all imported food, the meat and seafood that is now on supermarket shelves, including imported salmon, is safe to eat.

The rise of plant-based food in China

The year 2020 marked a starting point for the development of plant-based food in China. After almost a year of buzz and hype, substitute meat products finally arrived in the Chinese market in the spring.

Plant-based food and beverage brands that are now exploring and expanding in the Chinese market, both foreign and domestic brands, include Beyond Meat, Oatly, OmniPork, Starfield, Just Egg.

Not only in top franchises such as Starbucks and Wagas, but also in local bistros and independent restaurants, dishes made of plant-based “meat” are now very common in Shanghai, offering options for people with specific dietary needs or who simply want to support sustainability.

In November, Beyond Meat created a new vegan product for the Chinese market. Beyond Pork is an imitation ground pork that can be used as a filling in dumplings, spring rolls or as a substitute for meatballs.

Some brands have also entered the retail market to sell “raw” vegan products for buyers to cook at home as Chinese consumers are becoming more accustomed to the concept.

Oatly is now a regular option on the menu in cafes, usually for an additional 3 to 5 yuan as it’s more costly than milk.

Other vegan milk options such as almond milk and cashew milk can also be found in local restaurants that promote healthy eating, like Lizzy’s All Natural and O’mills Bakery & Bistro. 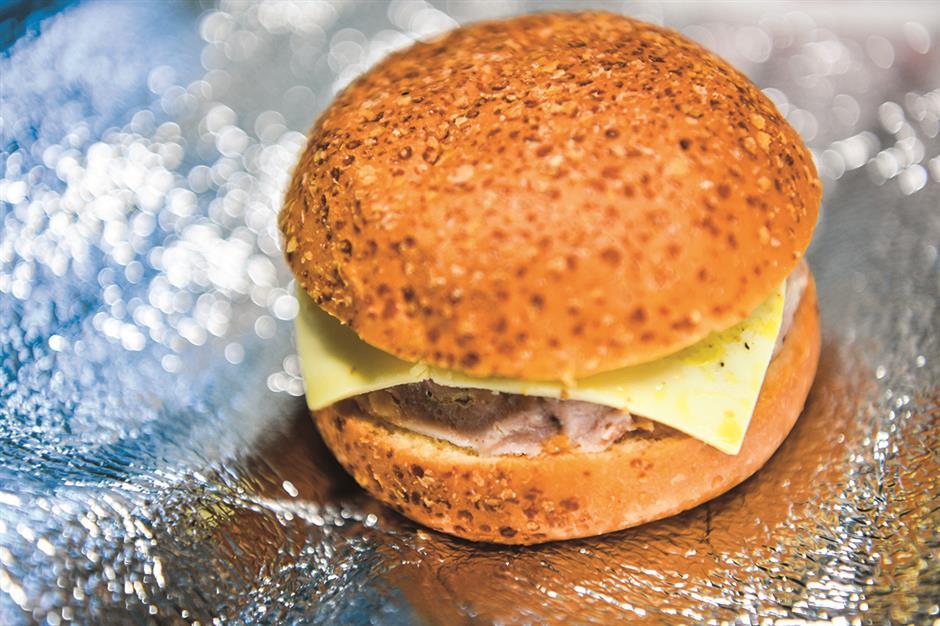 Cutting down the sugar

How to cut down on sugar is a trendy topic in losing weight and staying fit, and in 2020, sugar-free options became even more popular. Zero-sugar, low-calorie and low-fat are the hottest words in the food and beverage businesses.

Every 100ml of regular soda can contain 10 grams of sugar, and in a can of soda there can be more than 30 grams of added sugar, which is quite hard to accept from today’s healthy eating perspective. Sodas with zero-calorie artificial sweeteners are now occupying the market, they are equally sweet and satisfying, but without the calories.

Chinese beverage brand Genki Forest specializes in bottled beverages ranging from flavored sparkling water to milk tea and oolong tea, all sugar-free and low-calorie. The company achieved a valuation of US$2 billion in a round of funding in July, more than tripling its worth in the nine months since its last financing, and the brand has surpassed Coca-Cola and Pepsi in sales during major online shopping festivals. 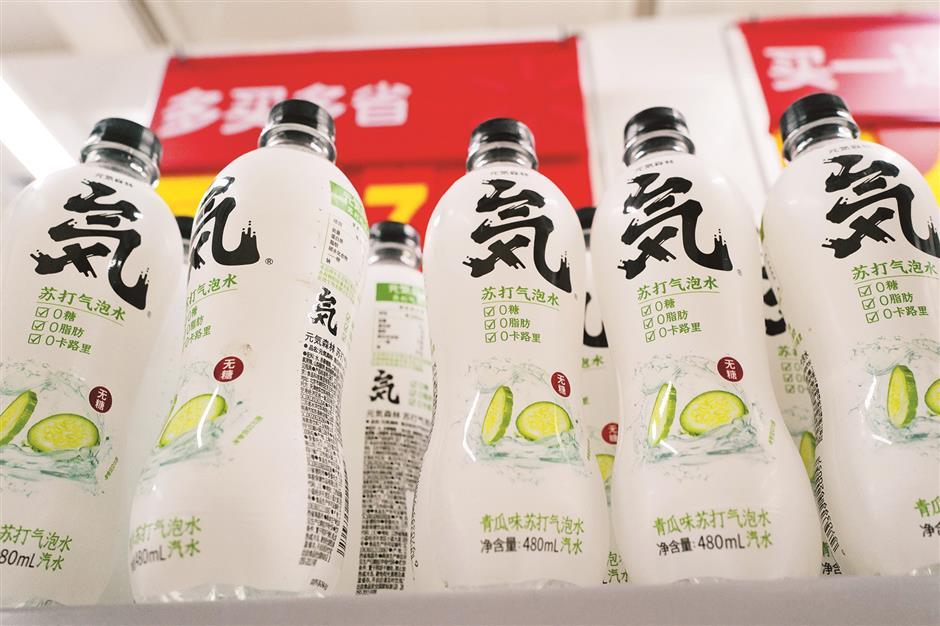 Collaboration has really become a thing: Businesses are pooling their resources to explore more market opportunities and reach a broader clientele.

The latest surprising event was McDonald’s limited-edition burger available only on December 21 that stuffed two pieces of Spam and a layer of Oreo crumble in between two buns, a multi-brand collaboration that’s too exotic for most people’s taste but certainly grabbed the public’s attention.

Beverage brands such as Heytea have been very busy with collaborated projects, like a Heytea x %Arabica popup this September on the plaza of Réel Mall that blended coffee and milk tea concepts together, adding Heytea’s “bobo” bubbles into coffee.

Luxury brands have also been partnering with five-star hotels to launch collaboration promotions, like afternoon tea and cocktail menus to promote the brands while presenting more interesting menus.

The death of an online eating show host in June provoked heated debate about the extreme performance pattern that’s very hurtful to the human body, as well as general reflections on food waste. Since the summer, the public has been encouraged to cut down on food waste on a daily basis, and eating show hosts must change their style in order to stay in business.

The top hosts have shifted their focus to introducing the delicacies, visiting interesting restaurants and food travel vlogs, from the original approach of eating an excessive amount of food to entertain viewers.

Restaurants across China were encouraged to offer smaller portion sizes at lower prices to curb food waste. It’s now very common to see the option of half portions in restaurants, with half the original price tag. This not only reduced food waste, but also allowed diners to sample more dishes without worrying about ordering too much and overeating. Livestreaming has become a new way to shop in the past few years, with an explosive growth that happened during the 2019 Double 11 online shopping spree. Since then the trend has become a new norm — people are getting accustomed to shopping with livestream hosts. Although as time-consuming as it is, the market has forced people who disliked livestreaming shopping into accepting it as a new business norm.

During the COVID-19 outbreak at the beginning of the year, livestreaming became an important tool of engagement, and the immersive experience has helped both businesses and consumers.

Chefs have been livestreaming to showcase cooking techniques and interact with audiences.

Restaurants have been inviting influencers to dine while they livestream the experience to their followers, and hotels hosted virtual tours as a way to engage viewers and promote the brands.

More events have been adding livestreaming to campaigns to reach audiences who cannot participate.