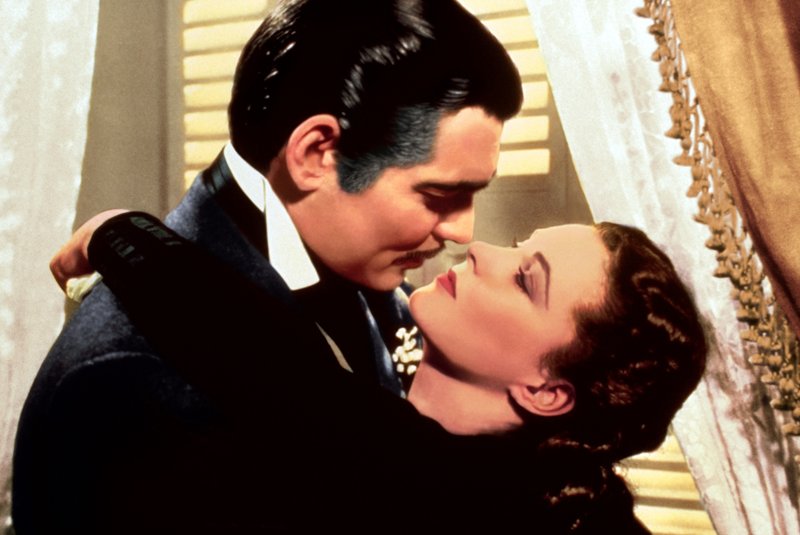 There is always an asteroid, real or imagined, bearing down on Turner Classic Movies .

Fears that something might befall the commercial-less bastion of classic Hollywood films aren’t always justified. But there’s an instinctual understanding that keeping anything good and pure alive in this dark, dark world is against the odds. By now, the hosts and executives of TCM are quite accustomed to fretful, agitated fans coming to them for reassurance that, yes, Turner Classic is OK, and, no, commercials aren’t coming.

“I’ve had the good fortune to get to know Paul Thomas Anderson a little bit and let me just put it this way: He never asks how I’M doing,” says Ben Mankiewicz, who in 2003 became only the second TCM host after Robert Osborne.

Almost everything in cable television and film has changed since Ted Turner launched the network in 1994. But through endless technological upheavals, four US presidents and three Spider-men, Turner Classic humbly, persistently, improbably abides. On Sunday, TCM will turn 25, celebrating a quarter of a century as a lighthouse of classic cinema; a never-stopping, flickering beacon of Buster Keaton and Doris Day, Barbara Stanwyck and Ernst Lubitsch.

“We view ourselves as the keeper of the flame,” says Jennifer Dorian, general manager of TCM. “We’re stronger than ever.”

That will be good news to the TCM fans whose heart rates quickened after AT&T’s takeover of Time Warner, which had bought Turner Broadcasting back in 1996. That led to restructuring, announced last month, that placed TCM in WarnerMedia’s “global kids and young adults” subdivision, along with Cartoon Network and Adult Swim. WarnerMedia also shut down TCM’s nascent streaming service, FilmStruck , last November after deeming it a “niche service.” WarnerMedia is to launch a larger streaming platform later this year.

The demise of FilmStruck prompted an outcry from the likes of Steven Spielberg, Martin Scorsese and Christopher Nolan who petitioned WarnerMedia for its preservation. Some of the biggest names in Hollywood had TCM’s back. One privately told Mankiewicz: “If you think we’re mad about FilmStruck, wait ’til you see what we do if anyone messes with the network.”

Yet the shuttering of FilmStruck (its streaming partner, Criterion Collection , relaunched as a stand-alone service on Monday) reinforced concerns that amid all the juggling and bundling of merging conglomerates, TCM might slip through the digital cracks.

“The fact that there are really passionate, vocal people out there helps us sort of stay the course. I think our corporate bosses don’t want to upset those people,” says Charlie Tabesh, TCM’s programming chief and a 21-year veteran at the network. “While you can never promise anything, I’ve been through it enough that I’d be surprised if they changed it.”

Change can be a dirty word around TCM. “Lower case ‘c,’ please,” says Mankiewicz. “Evolve” is more preferable. TCM is, after all, a place where time nearly stops. In the 25 years since its founding, its focus remains overwhelmingly the golden age of Hollywood. Movies from the ’30s, ‘40s and ’50s, Tabesh says, make up approximately 70 percent of its programming.

To mark its 25th anniversary, TCM will on Sunday again air “Gone With the Wind,” the film that it first transmitted on April 14, 1994. Since then, the 1939 epic has aired more than 60 times on the network. The 10th annual TCM Classic Film Festival also kicks off Thursday in Los Angeles with “When Harry Met Sally...”

Fans of Turner Classic are as varied as Martha Stewart, Evander Holyfield, Alex Trebek and Kermit the Frog — all of whom have been guest programmers. Scorsese famously keeps it playing in his editing suite. Keith Richards is rumored to be a devotee. Even Donald Trump once stopped by to talk about, among other titles, “Citizen Kane.” ″Although I’m not sure he’d actually watched the movies he talked about, to be honest,” says Tabesh.

Contemporary films have made only hesitant, much-considered inroads. (The newest films to air on TCM are “Hugo” and “The Artist,” both from 2011.) More international films have slowly, cautiously been added, too. Over the years, TCM has expanded well beyond the Turner library (some 4,700 films from MGM, RKO and pre-1950 Warner Bros.) via deals with virtually every studio.

Dorian views coming under Warner control as a homecoming.

“We’re moving closer to the library. We’re going to a part of the company that’s steeped in film history and values the cultural heritage of film,” says Dorian. “We absolutely intend to still be multi-studio.”

By rigorously staying true to itself, the cult of TCM has grown over the years. The network’s sixth cruise is to set sail in October. There is also a TCM Wine Club and a fan club, TCM Backlot. To celebrate its 25th anniversary, 25 fans will get to introduce a film with Mankiewicz. Turner Classic will also pay further homage to Osbourne, who for most of its history was its friendly, welcoming face. He died in 2017 after 62,851 appearances on the network.

New hosts have joined, including Eddie Muller, Dave Karger and Alicia Malone, a film writer and podcaster who grew up in Australia dreaming of being Marilyn Monroe. She has been proud to remind viewers of women’s place in film history on TCM, which, she notes, is programmed by people, not algorithms.

“I felt like I found my tribe,” Malone says of coming to the network last year. “This is part of preserving film history. What TCM does best is tell these stories.”

Yet asteroid or not, there’s an unmistakable whiff of that “c″ word in the air. “Obviously, we feel a sea change coming,” says Mankiewicz. WarnerMedia declined to comment for this article, but Dorian said the message from above so far is only supportive.

“The large stroke is they want us to keep doing what we’re doing,” says Dorian.

As far as TCM’s place in the rapidly changing streaming world, Dorian says that’s “TBD.” ″There’s a world of opportunity in front of us with streaming. I do not know the right approach for TCM at this moment,” she says. “At our company, we’re developing our new plan right now.”

But predicting the future isn’t TCM’s nature. For a network that has always fixed its eyes firmly on the past, the present moment is one to savor.

“It feels momentous. It feels like we really accomplished something. It’s a quarter of a century,” says Mankiewicz. “If you asked me what I’d like to be doing in another 25 years, I hope to be introducing movies on TCM, having debates about whether you should remake the ‘The Thin Man’ and listening to those who say, ‘You’re showing too many modern movies!’”