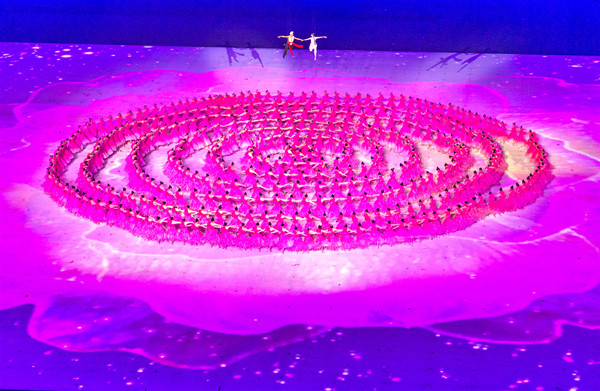 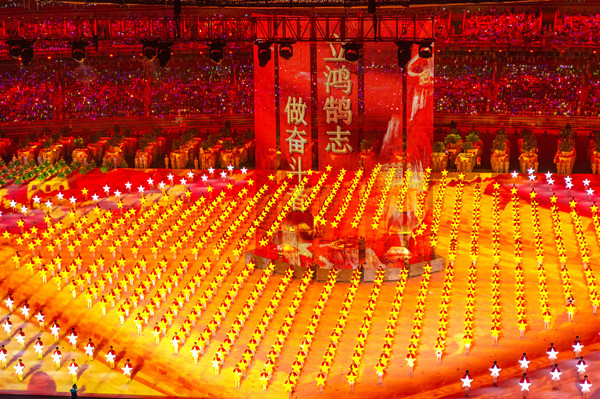 The ceremony broke new ground by hoisting a huge sky curtain with a diameter of 80 meters and an area of 5,024 square meters and presenting video content in the air for the first time. The interactive integration with video on the ground extended the performance space and realized a 720° visual effect and an immersive performance, bringing the audience a dazzling visual experience. 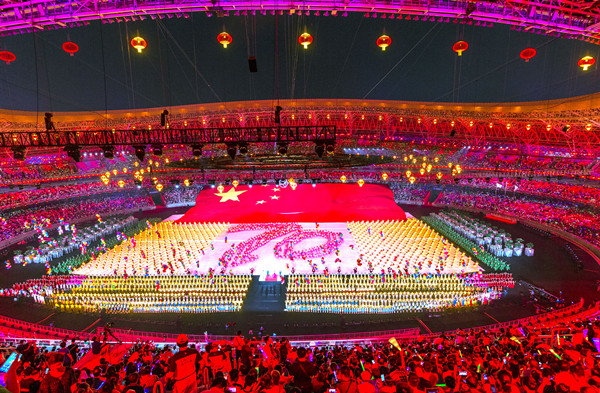 A 110 meter long and 70 meter wide national flag fluttered as ten thousand people sang "I love you China," paying tribute to the great motherland on its 70th anniversary, arousing the patriotic passion of the whole audience. 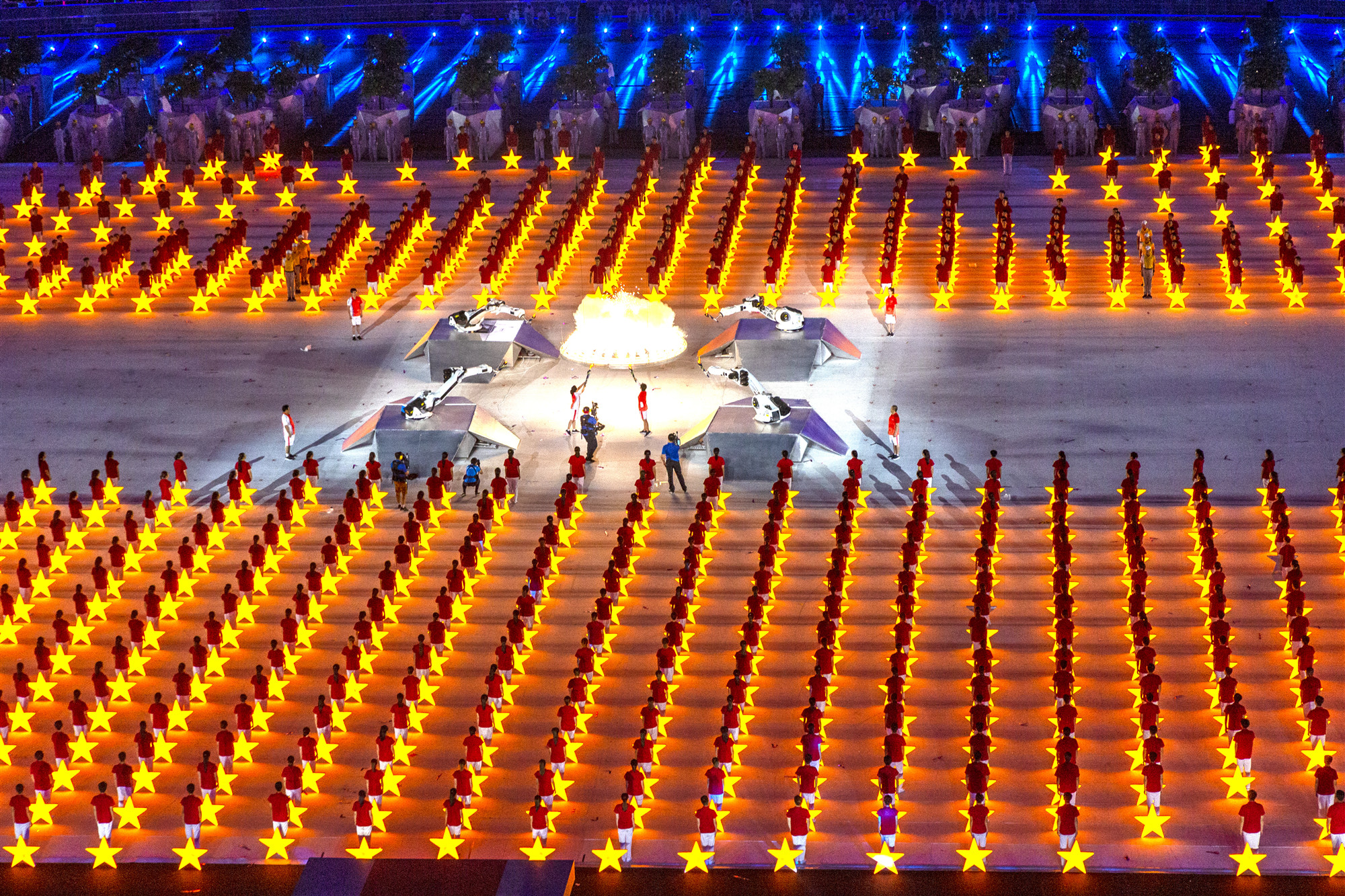 This year’s China Youth Games has attracted around 33,000 athletes from 34 delegations across the country competing in 1,868 events in 49 sports and will last until August 18. It is the largest and highest-level sports event held in Shanxi Province. (Compiled by Wang Xiangyu)