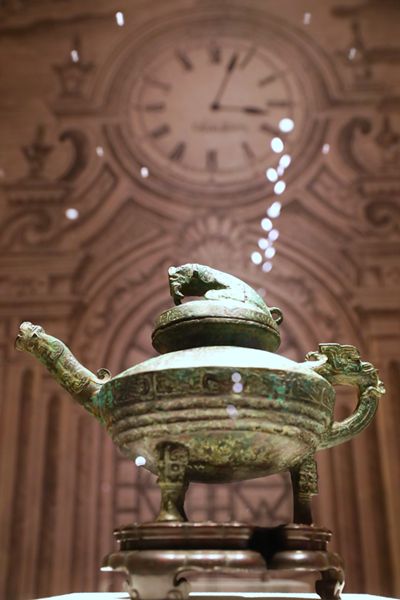 The Western Zhou Dynasty (c.11th century-771 BC) bronze vessel Hu Ying, or Tiger Vessel, was believed to have been looted when foreign forces raided and burned down Yuanmingyuan, or the Old Summer Palace, in Beijing in 1860.

It was privately owned in Britain until it was returned to China and became part of the National Museum of China's collection in November.

The 3,000-year-old ceremonial relic is on display at Hu Ying: New Age, Different Fate at the museum through March 1. 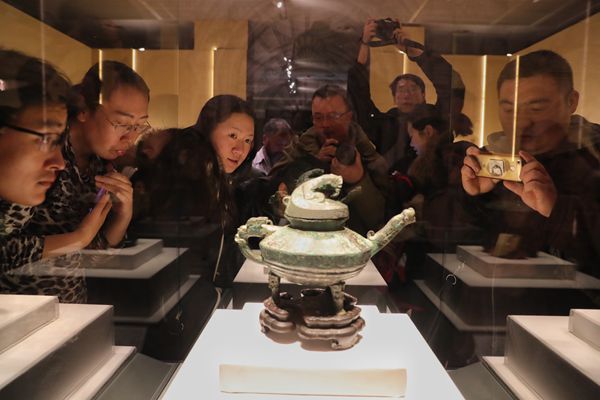 The exhibition shows old photos, copies of drawings and texts to examine the looting and destruction of Yuanmingyuan, and the process by which Hu Ying appeared at a London auction and was returned to its birthplace through negotiations.