Opening a restaurant within Beijing’s Second Ring Road can be risky business, and there’s surely an analogy to be made between a bunch of pigs losing their homes and the raft of closures currently plaguing the hutong F&B scene. Ominous parallels aside, the resilient swine building a new brick house, in this case, is Andy Horowitz of Andy’s Craft Sausages, who’s been carving up droves of meat in Beijing for just over half a decade.
For fans of Andy’s world of wurst-craft, 3 Little Pigs marks a significant upgrade from his previous digs in Sanlitun, despite its limited seating. With its wooden rafters, all-white walls and tidy bar, there’s something refreshingly informal about the sandwich shoebox, which serves up classic American sandwiches such as hoagies, cheesesteaks and Reubens in a manner that suggests they’re entirely unconcerned about whether they meet the approval of Beijing’s Instagram-ready set.
At this point, it’s worth noting that 3 Little Pigs doesn’t just specialise in house-prepared deli meats. It’s aggressively meaty – or as Andy dubs it, ‘a safe space for meat-eaters’. Between its pulled pork-laden burgers, sausage-stuffed breakfast sandwiches and puffed pork rind lengths, even its tater tots, which accompany each sandwich, are fried in duck fat. 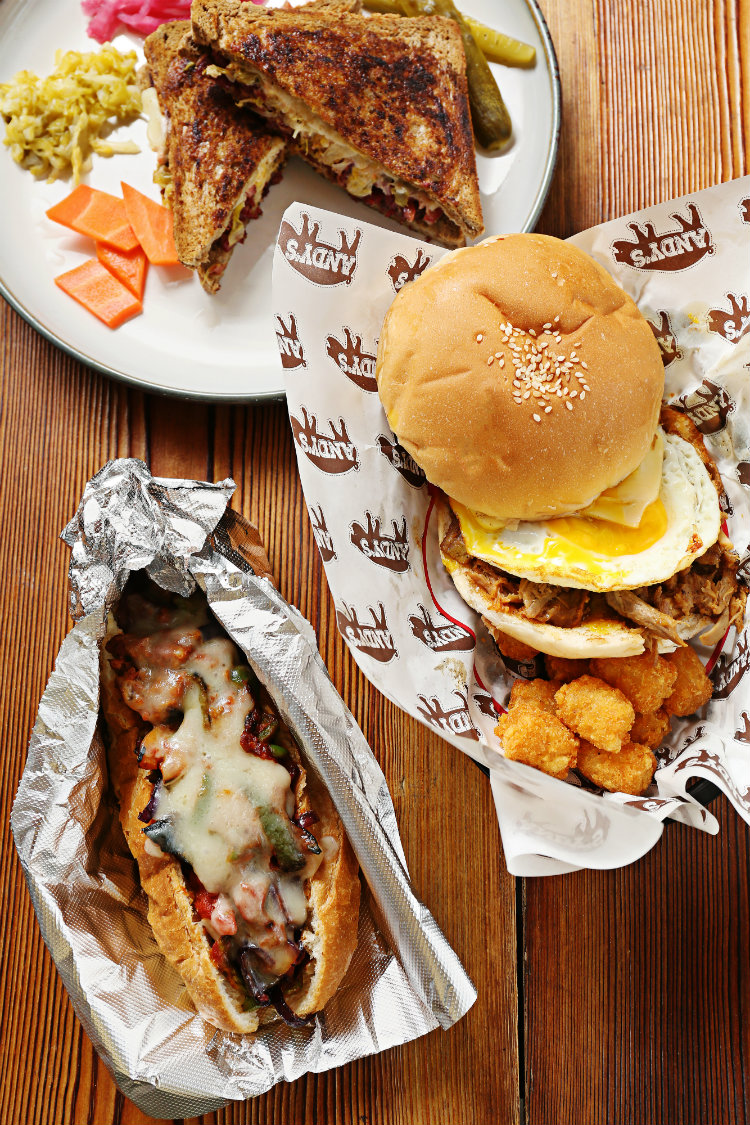 And yet, somehow this psychotropic fever dream of meat, bread and grease works. That’s due to the fact that at its core, 3 Little Pigs specialises in serving up what’s essentially straight-up comfort food. Or drunk food (is there a difference?). It’s comforting, in that magnificently reassuring way that anything that’s calorific and carb-heavy is, but also in the sense that it does exactly what it says on the tin.
Take the Reuben sandwich (65RMB), for example. Made with slices of house-corned beef and Swiss cheese piled high on slices of toothsome rye bread, it skilfully straddles a tasty line between plentiful layers of rich meat and zingy house-made sauerkraut. 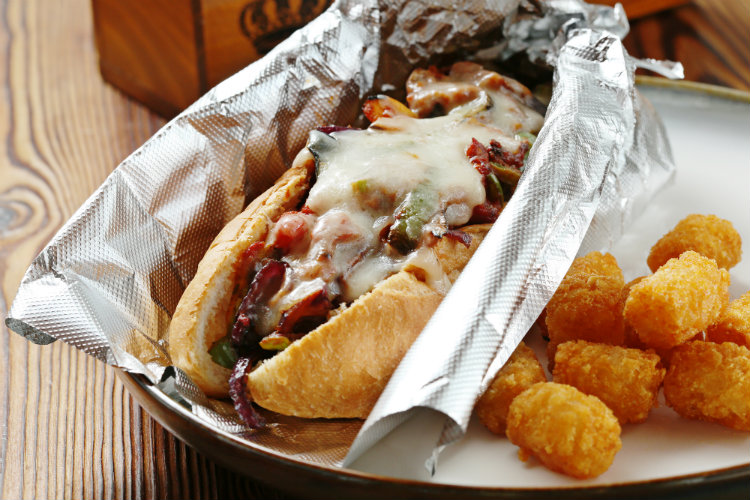 The Italian meatball hoagie (65RMB), on the other hand, layers well-spiced meatballs with peppers and marinara sauce in a crisp baguette. And the pulled pork egg and cheese (60RMB) features a heaping pile of Berkshire pulled pork, juicily squelched between a buttery brioche bun topped with a fried egg and slice of cheddar cheese. You won’t find any fussy flourishes, revisionist Reubens or deconstructed subs here – this is food made to be eaten with your hands and smeared all over your satisfied face.
A meaty bonus is the Wheel of Fortune-style meat raffle held every Wednesday, with a glut of carnivorous prizes on offer, and while 3 Little Pigs itself doesn’t reinvent the wheel, it does drive home the charms of tried-and- true classics done well. Diners looking for healthy options will certainly need to look elsewhere, but for those who like sandwiches with a bit of meat on their bones, then one could certainly do a whole lot worse than 3 Little Pigs.