BEIJING, Jan. 29 (Xinhua) -- Thomas Bach, president of the International Olympic Committee (IOC), gave thumps-up to China's vision of promoting 300 million people to winter sports and said he is very sure about the success of the Games during a visit to Beijing 2022 competition zones here on Tuesday. 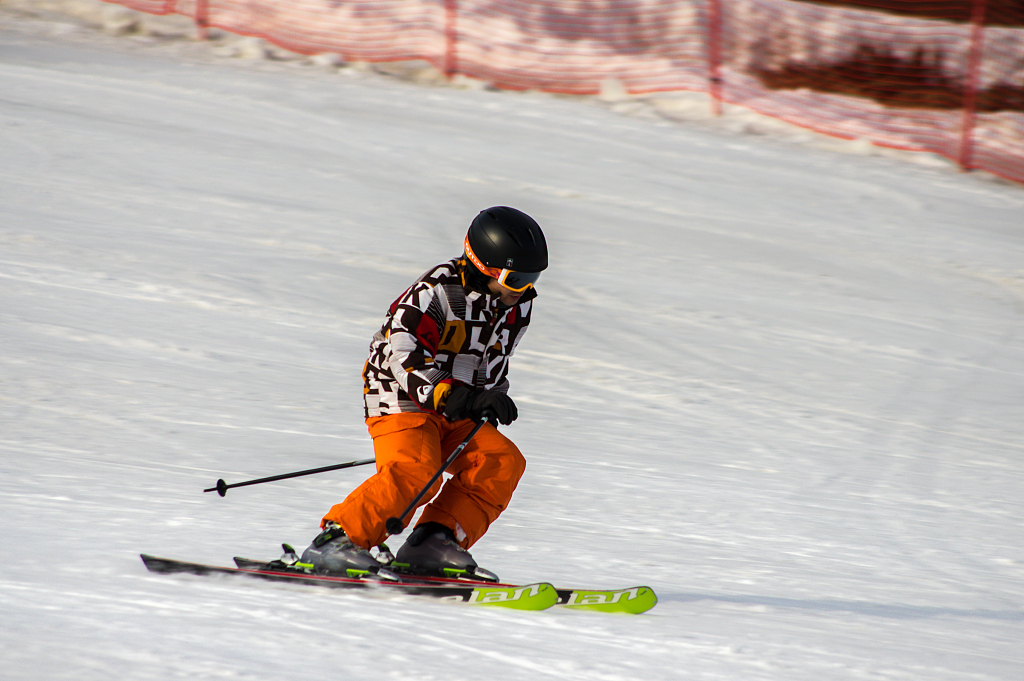 "We can see the great progress, but what is even more important is we can see the plan raised by Chinese President Xi Jinping to make 300 million people familiar with winter sports obviously already works. We have met many children who love winter sports. We have seen athletes practicing winter sports. We have seen the halfpipe and other slopes which are already hosting the World Cups. The progress is really impressive," Bach told Xinhua after visiting the Zhangjiakou and Yanqing competition zones.

Beijing 2022's vision of giving 300 million people in China access to winter sports has already been visible. According to official statistics, by October 2018, more than 800 ski facilities have been built and about 50 million Chinese citizens have skied for at least once, influencing about 150 million to participate in winter sports directly or indirectly.

During the visit, Bach first went to the Zhangjiakou competition zone, which is located in Chongli district, about four hours' drive from Beijing. With a total of eight competition and non-competition venues, the zone will host two sports, six disciplines and 51 medal events.

All of the venue construction in the zone has started. Bach was impressed with the design concept of the National Ski Jumping Center, the venue for ski jumping and Nordic combined. The S-type curve resembles the shape of Ruyi, a traditional Chinese ornamental object for luck, so it is also nicknamed "Snow Ruyi".

On the top of the hills, Bach asked questions and provided suggestions for the venue constructions of the National Cross Country Center and National Biathlon Center.

At the Genting Snow Park, home to competitions of freestyle skiing and snowboarding, Bach interacted with Chinese snowboarders training at the halfpipe of Genting, among whom Li Fanghui just won bronze medal at the snowboard halfpipe World Cup held here last December.

Bach gave Li a pin of the Olympic rings and said, "I wish you good luck in 2020. When I get this [pin] back, I hope to give you a gold medal instead." Li replied by saying she will do her best to win a gold medal in Beijing 2022.

Bach then visited Yanqing Zone of Beijing, which is situated in the mountainous area of Xiaohaituo Mountain. It has a total of three competition and non-competition venues.

A series of environmental protection measures have been carried out before and during the construction in Yanqing in a bid to deliver a "Green Olympics". The venue construction includes the transplanting of trees in the mountains above 800 meters above sea level. To better protect the trees, experts from Beijing Forestry University conducted an ecological background survey on this area and worked out a protective transplant plan.

At the National Alpine Ski Center and National Sliding Center deep into the mountain, Bach encouraged engineers and builders to create architectures of its era.

"The organizing committee is doing excellent work. We see very thorough and detailed planning. We see all the schedules are respected so far. It's the Chinese way. We are really very sure about the completion of the work at the right time and also the success of the Olympic Games," Bach said.

Bach listed several examples of China's contribution towards the new way of working spelled out by the IOC.

"The organization of the Games is an important part, but it is just a part of the long term development planning of China. This is the most important. That means we have a clear legacy planning from the very beginning. Whichever venue we are visiting here we could see what would be the use after the Olympic Games," Bach said.