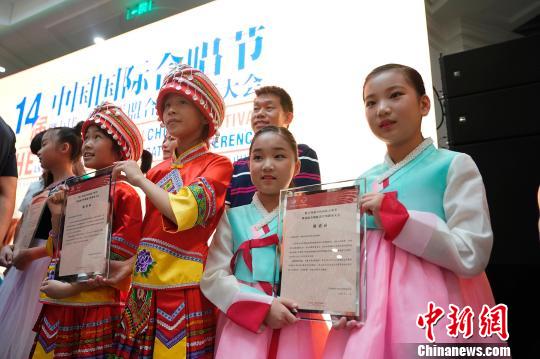 Nine children's choirs from impoverished areas are invited to take part in the festival. [Photo/Chinanews.com]

More than 15,000 members of 308 choirs from across the globe will participate in the 14th China International Chorus Festival (CICF), the organizers said.

Jointly organized by the Bureau for External Cultural Relations of the Ministry of Culture and Tourism, the International Federation for Choral Music (IFCM), and other institutions, the biennial festival will run from July 19 to 25 in Beijing.

Also featuring the IFCM World Choral Education Conference, the 14th CICF will include a total of 263 events related to choral music including charity concerts, workshops, and courses.

According to the organizers, this year, the festival is cooperating with the China Children and Teenagers' Fund and four other institutions, in funding nine children's choirs from impoverished areas to allow the children to take part in the festival and sing on a grander stage.