The 33rd Golden Rooster Awards will be held in southeast China's port city of Xiamen from November 25 to November 28, the organizers announced at a press conference in Beijing on Saturday.

Much to movie fans' delight, they can watch stars taking the red carpet, and an award ceremony will be held during the film festival of the same name. That's a huge difference from several other film festivals held this year. For example, the Shanghai International Film Festival and Beijing International Film Festival canceled the red carpet and the final award ceremony because of the pandemic. 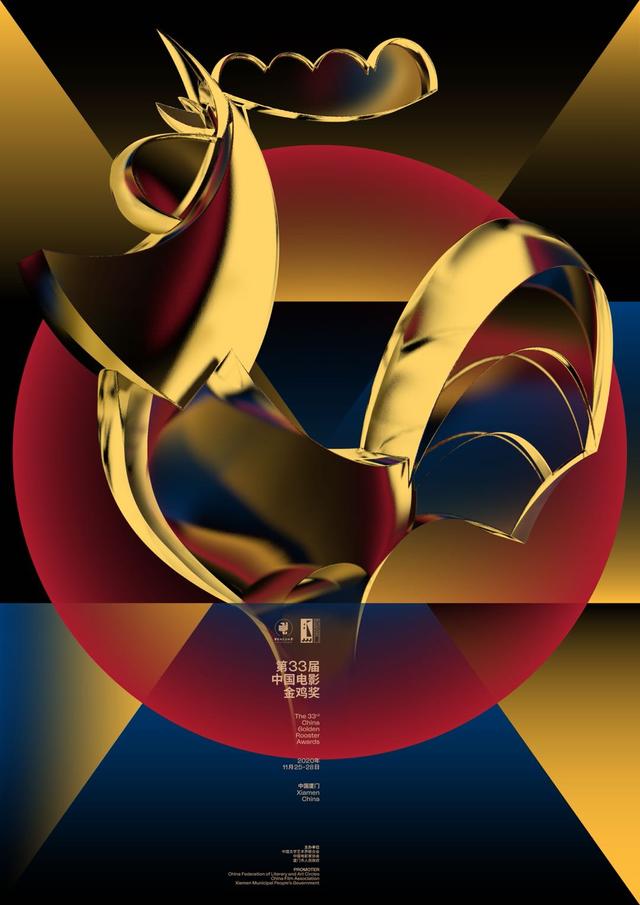 The main poster for the 33rd Golden Rooster Awards is launched by the organizers at a press conference in Beijing, China, November 7, 2020. (Photo: CCTV)

The Golden Rooster Awards were established in 1981 – the year of the Rooster. Award recipients receive a statuette in the shape of a golden rooster and are selected by a jury of filmmakers, film experts, and film historians. The awards are the China equivalent to the American Academy Awards. 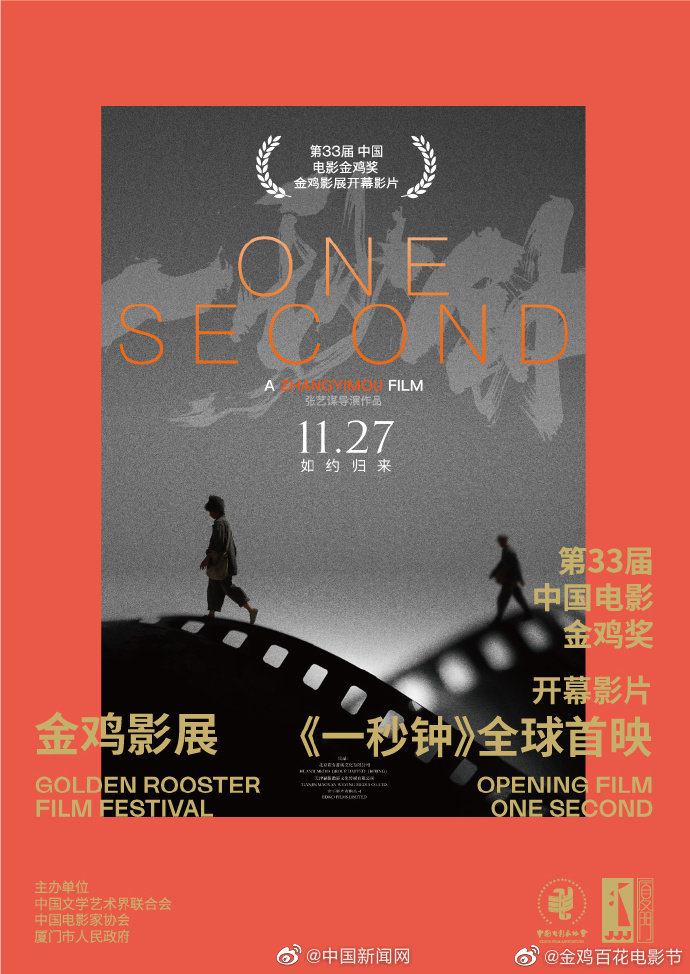 Poster of the film "One Second" by famous director Zhang Yimou, which is to be screened at the 33rd Golden Rooster Film Festival in November 25-28 in Xiamen, southeast China. (Photo: Golden Rooster Awards)

"One Second" by famous director Zhang Yimou will be the festival's opening film.