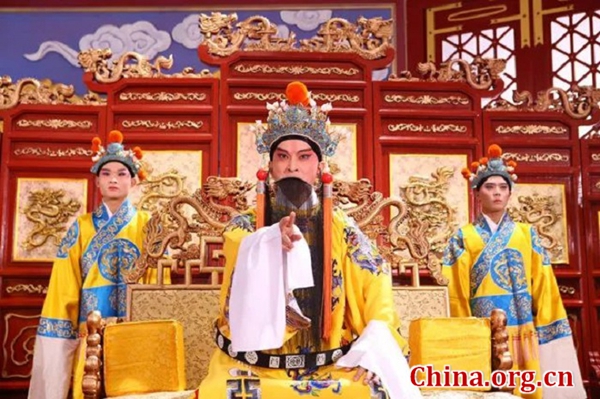 A still from "The Bell Tolls for a Dynasty". [Photo / China.org.cn]

Two traditional Chinese opera-adapted films will premiere at the annual Shanghai International Film Festival in 3D format, in an attempt to appeal to younger audiences. 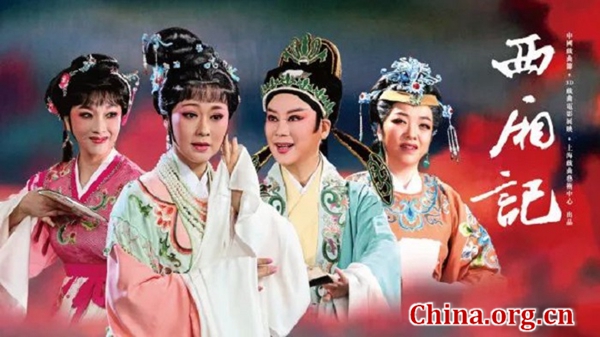 A poster of "The Love Story in the Western Chamber". [Photo / China.org.cn]

The Shanghai Center of Chinese Opera took around three years to develop and produce the films, in a fashion that maintains the artistry of traditional operas while adopting new technologies to make them stand for modern day audiences.

From the very beginning Chinese operas have had a great artistic connection with the film arts. The first ever film in Chinese history "Ding Jun Shan" is a Peking Opera film, which was made in 1905. Opera films in recent years are trying to revive the glory of that era and record the best moments of the traditional arts in the big screen.

The film version of "The Bell Tolls for a Dynasty" is around 100 minutes long, condensed from its over-two-hour-long stage version, but it has terser, more clean, multi-layered plots and attractive scenes thanks to the film narrative and 3D technology. "The Love Story in the Western Chamber," a classic love story between Cui Yingying and Zhang Junrui, stars famous Yueju Opera performers Qian Huili and Fang Yafen, to present the film with poetic and romantic visuals.

The two films will later be screened at local schools, in rural areas and urban communities. During the film festival, the audience will have the chance to talk to crew members in person, while an opera film forum will also be held on June 22.

The Shanghai Center of Chinese Operas announced they will work with the Shanghai Film Museum to set up a screening base for traditional opera films. In addition to the two films mentioned above, the center has made a total of 10 opera films, including the first 3D Peking Opera film "Farewell My Concubine."