3D print technology has brought a cave of large ancient grottoes to Beijing. 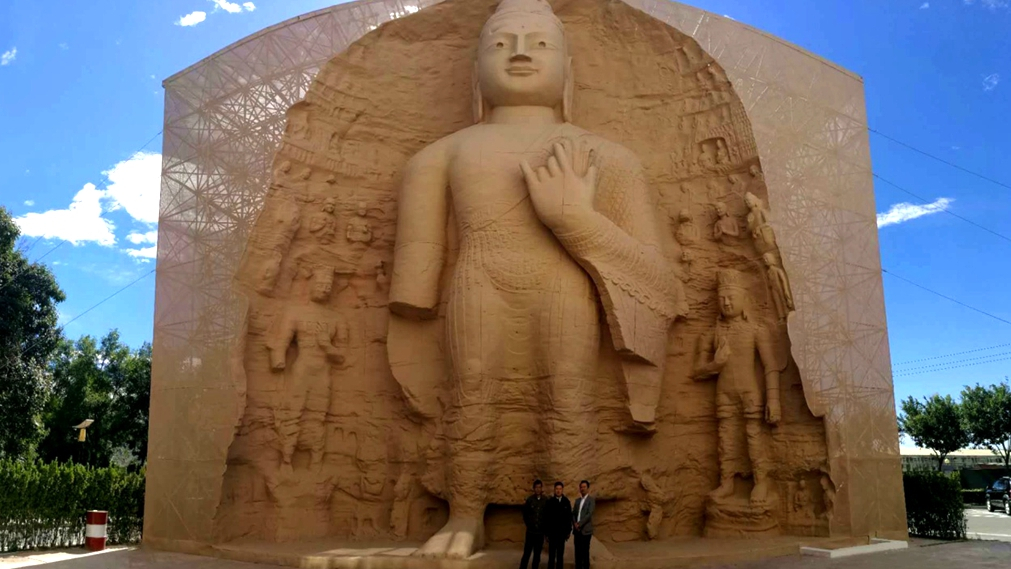 The replica of a Buddhist statue from the Yungang Grottoes stands on the campus of Beijing University of Civil Engineering and Architecture. (Photo: CGTN)

Residents of the capital city can take a close look at the 1:1 replica ancient relics on the campus of Beijing University of Civil Engineering and Architecture (BUCEA).

The project was completed by the Yungang Grottoes Research Institute from Datong in north China's Shanxi Province and the BUCEA. The replica is Cave No.18, 17 meters high and 22 meters wide, of the Yungang Grottoes, which is the largest and most exquisite cave among all. 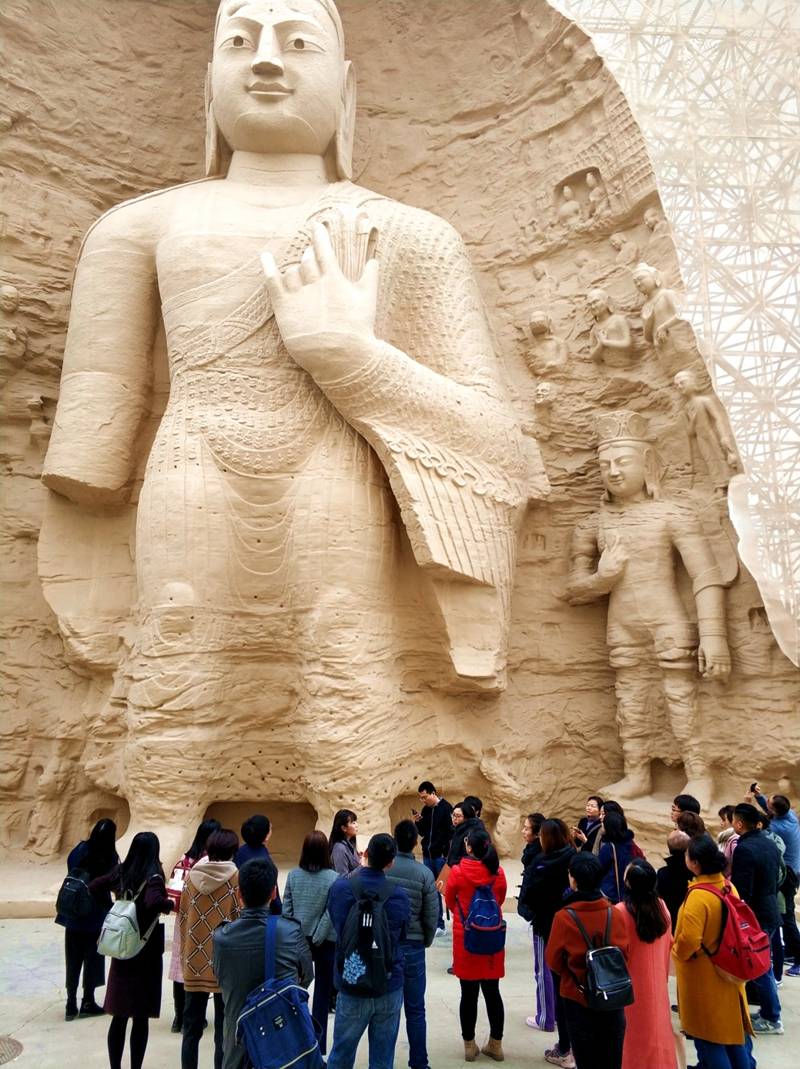 The replica of the Buddhist statue has attracted many visitors. (Photo: CGTN)

It took two years to complete. More than 20 printers were working to print over 800 replicas of the grottoes and it took the workers three months to match up and color. The final replica collection is lightweight making it easy to transport. And it also resists humidity, fire, water and corrosion.

Details of the replica. (Photo: CGTN)

Zhang Zhuo, head of the Yungang Grottoes Research Institute, said they have developed state-of-the-art digital technologies to collect and analyze 3D data of the relics. They've also built special digital systems to complete various works. All these efforts will help preserve digital files of the relics and eventually to protect them in a more scientific way.