3rd Tang Xianzu Theater Festival to kick off in Fuzhou 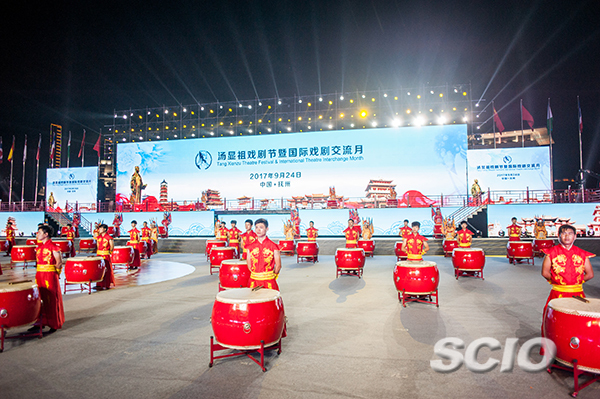 Based on the success of the previous two events, this years festival aims to further increase people's knowledge of Tang Xianzu's thoughts and his artistic achievements, promote cultural exchanges, friendship and economic and trade cooperation between Fuzhou and the rest of the world, and make Fuzhou culture better known in the world.

Born in Fuzhou in 1550, Tang Xianzu was a famous playwright of the Ming Dynasty (1368-1644), best known for his four plays -- "The Peony Pavilion," "The Purple Hairpin," "Record of the Southern Bough" and "Record of Handan."

Fuzhou has launched a series of programs in recent years to pay tribute to Tang Xianzu and his British contemporary William Shakespeare, including various performances of different countries, photo exhibitions and seminars on cultural inheritance and innovation, in a bid to promote international exchanges and draw the world’s attention to the development of Fuzhou.

The festival will run from September 28 to the end of October.