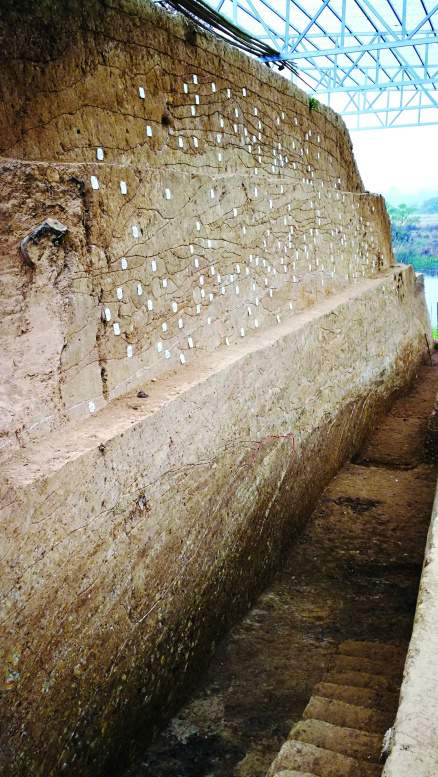 The 25-hectare Qixingdun Site, discovered in Huarong County, was built around 3,000 B.C. and was in use until 2,000 B.C., said Wang Liangzhi, leader of the excavation team from Hunan Provincial Institute of Archaeology.

Wang said the settlement's double-circle and ditch structures were rare in the midstream region of the Yangtze River of that time. Its walls, constructed in a manner yet to be understood, were found to have multiple materials, unlike other city walls in China that used a single material.

Experts also said the settlement was abandoned later than most others in the Yangtze midstream region, providing insight into the social evolution of the region.

Excavation of the site, discovered in 1985, began last year. Its name, meaning "Seven-Star Mounds," comes from the seven mounds found above the site.

Articles excavated from the site include pottery and stone tools as well as carbonized rice.