By Adam Hopkins | Time Out Shanghai It's here again. That day when couples are pressured by society to celebrate the fact that they are indeed a couple. Shouldn't they be doing that every day? That's how couples work, right? You aren't 100 percent sure, actually, as if you're reading this, there's a pretty high chance that you're single.

Yes *forlorn sigh* it's Valentine's Day again and you are alone. Like tackling a bowl of noodles with one chopstick, or trying to read your WeChat Moments with just one lens in your glasses, celebrating Valentine's Day as a singleton can be pretty tiresome... 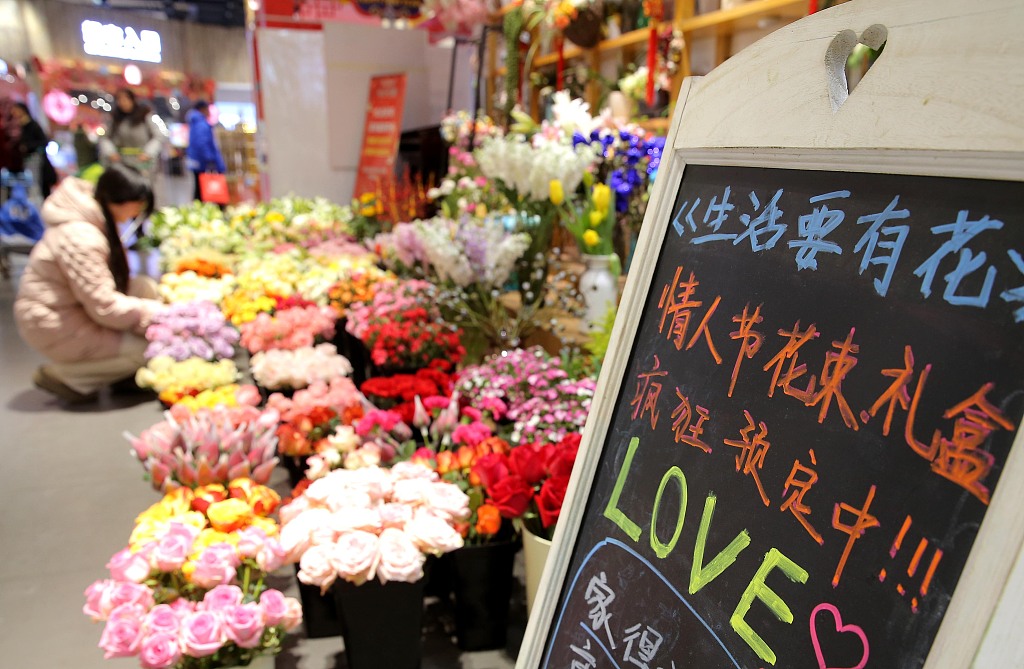 You've found yourself trying to catch the eye of every vaguely attractive passerby; you're swiping through Tinder with finger-eroding urgency; you went to a language exchange hoping to exchange the language of love...

The closest you've come to being in a relationship recently is the time you ordered so much waimai that the restaurant sent two sets of cutlery because they just assumed it was for two people. If you say 'I'm single' three times into your bathroom mirror, a ghost appears and laughs at you. You've played Ariana Grande's thank u, next album so many times this week, it sort of feels like she wrote it for you. We here at Time Out Shanghai think you should celebrate yourself this Valentine's Day. Sure, we might have typed this article on a tear-stained keyboard, through misty eyes with Grammarly working overtime to correct the typos, but being single is ABSOLUTELY FINE. WHAT? NO, YOU'RE THE ONE YELLING. Here are some great things to do solo this Valentine's Day.

Laugh until you cry, because let's face it, there were gonna be tears today anyway

Feel better about yourself by going to the Blackout Comedy stand-up comedy open mic at RoadHouse (7.30pm) and listening to people tell jokes about how much more tragic their lives are than yours. And if you're (un)lucky, you might be able to pick up a sad comic at the bar after the show. In this instance, LOL stands for 'lots of loneliness.'

Go to the cinema, because nobody can see you cry in the dark

Luckily for you, movies can be a solo event and there's a slew of decent movies at the cinema at the moment, including The Wandering Earth – hailed as China's biggest sci-fi movie to date (it smashed the Chinese box office over CNY raking in 1.4 billion RMB in its first five days). Order enough popcorn for two and see a movie in 3D to distract yourself from buying just one ticket...

Eat your feelings – and by feelings, we mean a lot of chicken wings

Chicken wings not your thing? Try drinking instead... Hooked's 'Plenty more fish in the sea' night is making Valentine's Day about friends – and copious amounts of alcohol – offering an hour of free house lager or red or white wine from 7-8pm followed by 25RMB drinks all night thereafter.

Green is for go... home with me, please

Not a great event for people who are red/green colour blind, at Pistolera's Traffic Light Party, you'll be given a red (taken), yellow (unsure) or green (single and mingle-ready) bracelet upon arrival to indicate what you're in the market for. Please note, just because someone is wearing green it doesn't mean they're desperate, although, since they're at a traffic light party...

Busy on Valentine's Day but still wanna stick it to Hallmark? There's always Nova's Anti-Valentine's Day Party at Le Royal Meridien Shanghai on Saturday, which is promising, amongst other things, Latin dance sessions and a 'Michael Jackson performance'.

Okay, not as sad as it sounds, we promise. UnTour Food Tours have one of their popular Shanghai Night Eats tours this Thursday (6.45pm), offering 15 plus dishes for you to sample cuisines from all over China, as well as booze, including a few shots of baijiu. Who needs love when you've got a full stomach, right?

Or if you do want to take to the streets in solitude, follow one of our street guides to popular Shanghai arteries such as Yuyuan Lu or Anfu Lu. Who knows where the night will take you? Well, we do... From one end of the street to the other...