CULTURE 500 years on, how Magellan's voyage changed the world

500 years on, how Magellan's voyage changed the world 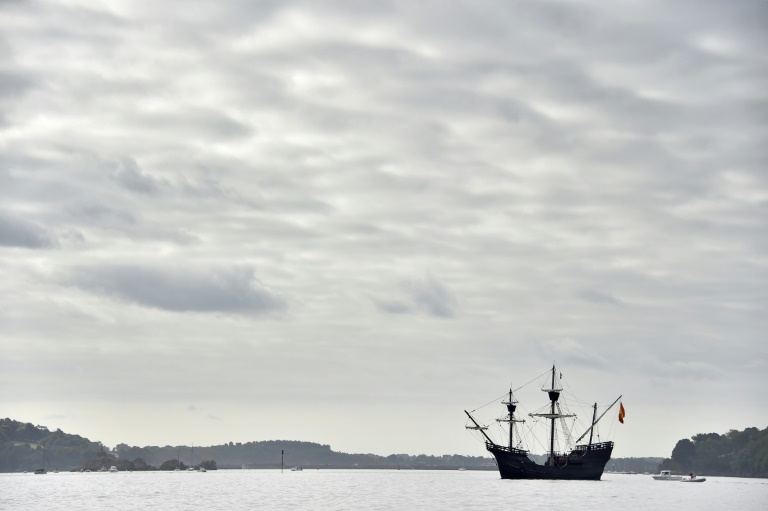 This is what Magellan's carrack looked like.(Photo: AFP)

Ferdinand Magellan set off from Spain 500 years ago on an epoch-making voyage to sail all the way around the globe for the first time.

The Portuguese explorer was killed by islanders in the Philippines two years into the adventure, leaving Spaniard Juan Sebastian Elcano to complete the three-year trip. But it is Magellan's name that is forever associated with the voyage.

"Magellan is still an inspiration 500 years on," said Fabien Cousteau, a French filmmaker and underwater explorer like his grandfather Jacques-Yves Cousteau.

"He was a pioneer at a time when explorers who went off into the unknown had a strong habit of not coming back."

Here are five ways in which Magellan's voyage marked human history and continues to inspire scientists and explorers today.

Some of them spoke to AFP at a conference in Lisbon to mark the August 10 fifth centenary.

Magellan's voyage was a turning point in history, as unique as the first manned journey into outer space and the later moon landings, said NASA scientist Alan Stern, leader of its New Horizons interplanetary space probe.

"When the first one circled the planet, (that) sort of meant that we now had our arms around the planet for the first time," he said.

"That just transformed humanity in my view. I would call it the first planetary event, in the same way that Yuri Gagarin was the first off-planetary event" when the Soviet cosmonaut went into outer space.

Magellan's voyage rewrote the maps and geography books. He was the first to discover the strait, which now bears his name, linking the Atlantic and Pacific oceans at the tip of South America.

"Perhaps his greatest feat, and still considered today one of the greatest feats of the history of navigation, was negotiating this strait, of which there were no maps and whose existence was vaguely rumoured," said US historian Laurence Bergreen, author of a biography of Magellan.

The voyage transformed humans' own conception of their place in the world.

"It wasn't just geography and anthropology, it showed something philosophical: that it's all one world," said Bergreen.

"Before Magellan people didn't really know that. They didn't know how the world was connected or how big it was."

The voyage contributed to Europeans' knowledge of the universe and has marked the worlds of space exploration and astronomy to this day.

While crossing the Magellan Strait, the explorer and his crew observed two galaxies visible to the naked eye from the southern hemisphere, now known as the Magellanic Clouds.

Some recently-designated areas of the surface of Mars have been given the same names that Magellan gave to parts of South America, with Bergreen's help. A giant telescope being developed in Chile will also bear the explorer's name.

Magellan's achievement was a landmark in the history of exploration still hailed by his modern-day successors.

"In the space program, to prepare for these long duration missions, we say 'the lessons for the future are written in the past'," said Dafydd Williams, a former NASA astronaut, now 65, who went on two space missions.

"So many in the space program have read about Magellan."