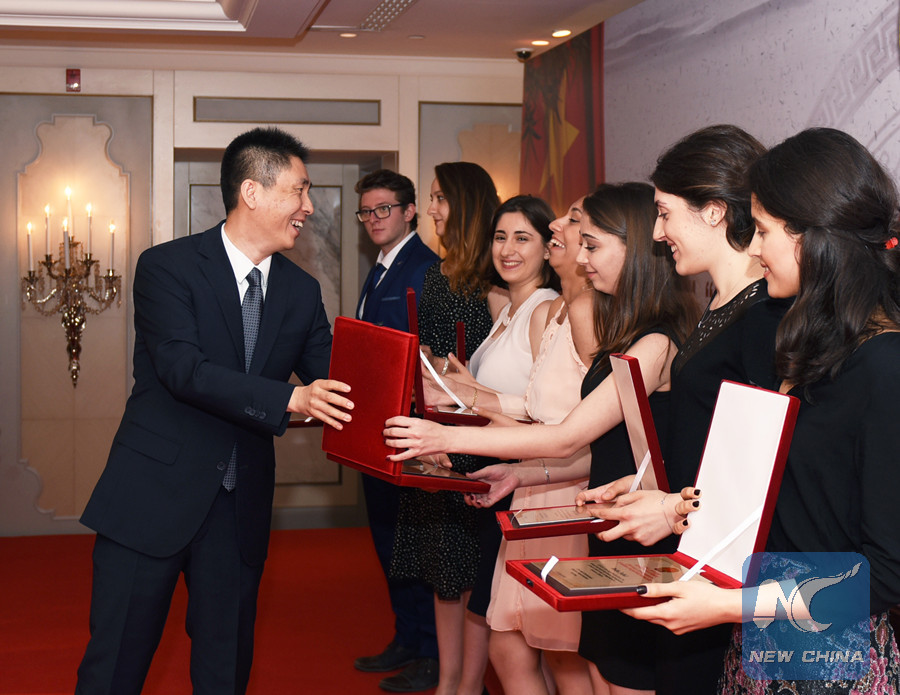 A total of 55 Turkish college students won a Chinese scholarship on Friday for their outstanding studies of the Chinese language and well-written essays about China.

The prizes went to students who are learning Chinese at departments of Chinese language or as an elective course at nine universities and one private institution engaging in Chinese teaching in Istanbul and neighboring provinces.

"We're now even more aware of our potential in learning Chinese. We can achieve big success stories," Melike Yalkut from Istanbul University said on behalf of the scholarship winners.

When she first started to learn Chinese, Yalkut only knew China is a big country and was amazed by its rapid growth.

Cui Wei, the Chinese consul general in Istanbul, described students as "the future of Turkey."

"That is why we care about them and encourage them to learn Chinese so that our relations will grow even further," he said at the awarding ceremony.

As Istanbul and other Turkish cities are seeking to draw more Chinese tourists, Ismail Gultekin, a deputy governor of Istanbul, called for efforts to expand the number of sister city applications as well as flights between Turkish and Chinese cities.

"We need to train more students who are going to contribute to the development of ties between Turkey and China," remarked Ahmet Aydin, vice rector of Yeditepe University in Istanbul.

The scholarship program was set up by the Chinese consulate general in 2016 and more than 60 Turkish students were first granted the scholarship in March 2017.