58,000 applying for Beijing Half Marathon participation

BEIJING, April 2 (Xinhua) -- This year, the number of people who registered for Beijing Half Marathon 2019 hit a new record. Among the 58,392 applicants from 40 countries and regions, among which 194 are foreign runners. 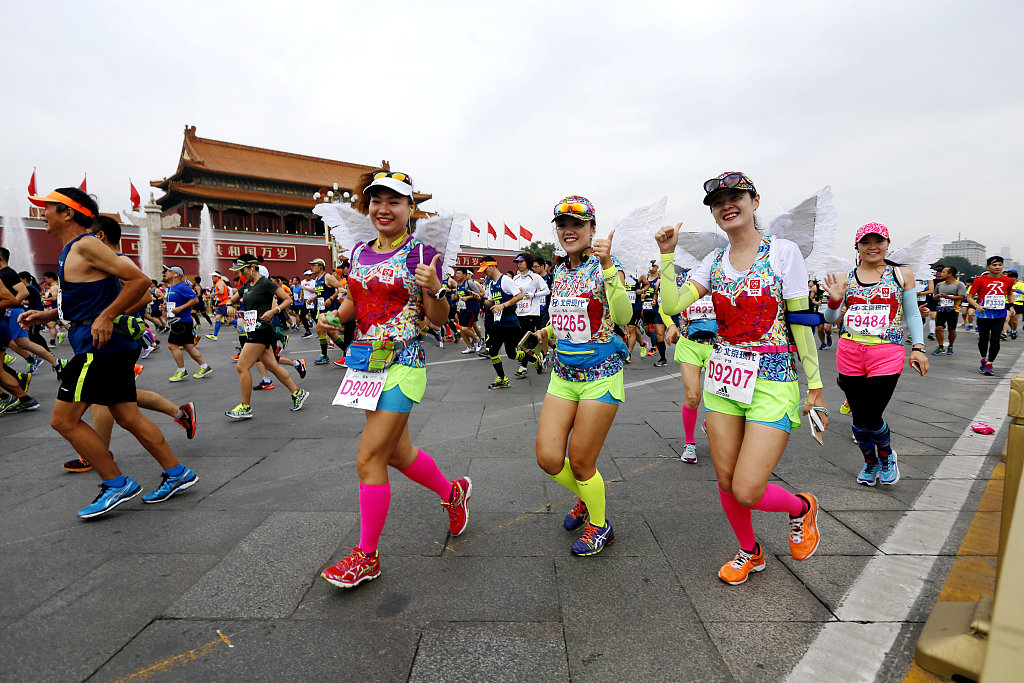 One of the biggest highlights is runners whose results in this year's Beijing Half Marathon meet the required standards of Beijing Marathon's star rating will be eligible to run in the 2019 Beijing Marathon later this year.

Beijing Half Marathon is a fitness-for-all event with a long history of 63 years, and has been named Chinese Athletics Association top event for two consecutive years since 2016. The number of runners participate in Beijing Half Marathon has increased from around 1,450 to over 20,000, making it a top event with global influence, according to Chen Jie, deputy director of Beijing Municipal Bureau of Sports. The development of this event is in line with the development of mass sports promotion in China.

"This event witnesses the capital's development and social progress, reflects Beijing's image as a open, confident, green and harmonious city, and encourages our people to participate in sports," said Chen.

The Beijing Half Marathon 2019 will start at 7 a.m. on April 14 at Tian'anmen Square and finish at the Celebration Square in central area of Scenic Boulevard at the Beijing Olympic Park.