A sloth of giant panda cubs born in 2019 made their public debut on Tuesday in a captive breeding base in southwest China's Chengdu. 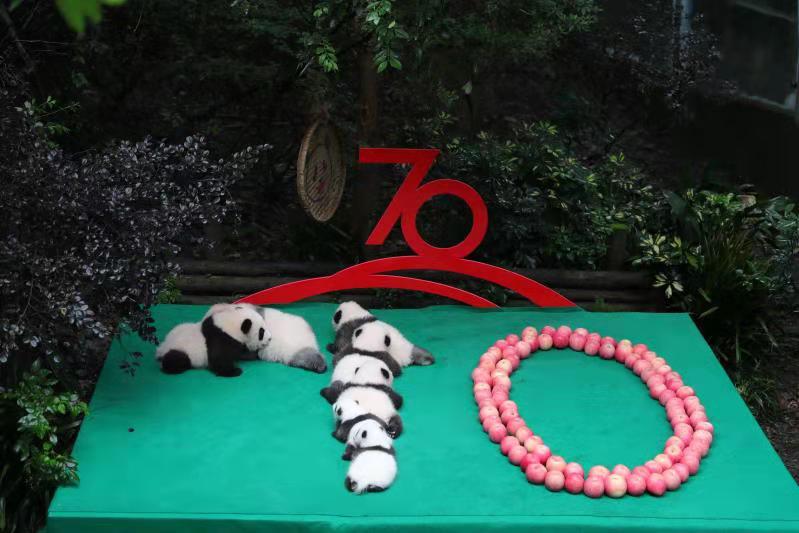 Ahead of next week's National Day, breeders carried the young bears with a Chinese national flag on their paws.

The cubs born at the Chengdu Research Base of Giant Panda Breeding set two records this year: the world's heaviest pigeon pair and lightest panda at birth in the world born there.

The four-month-old female cub "Cheng Lang", which weighed only 42.8 grams at birth in June, has made progress to catch up, thanks to the delicate care of the breeders. It now weighs over 5 kilograms and in good shape. 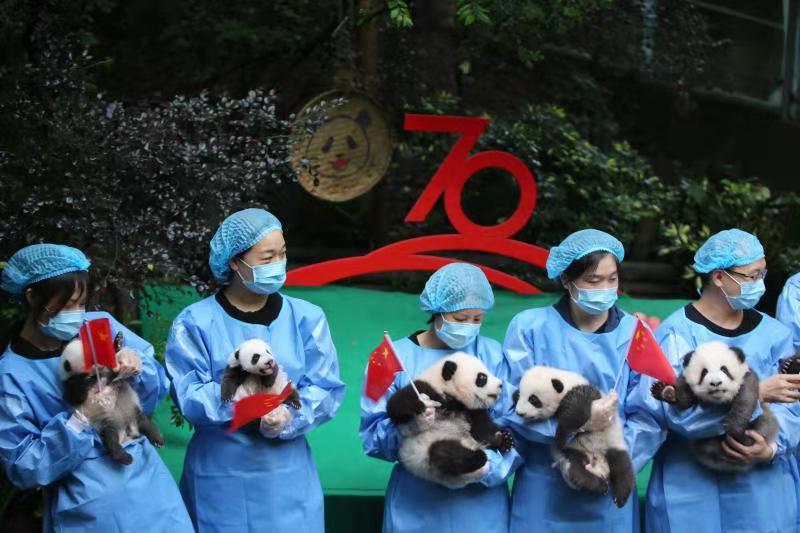 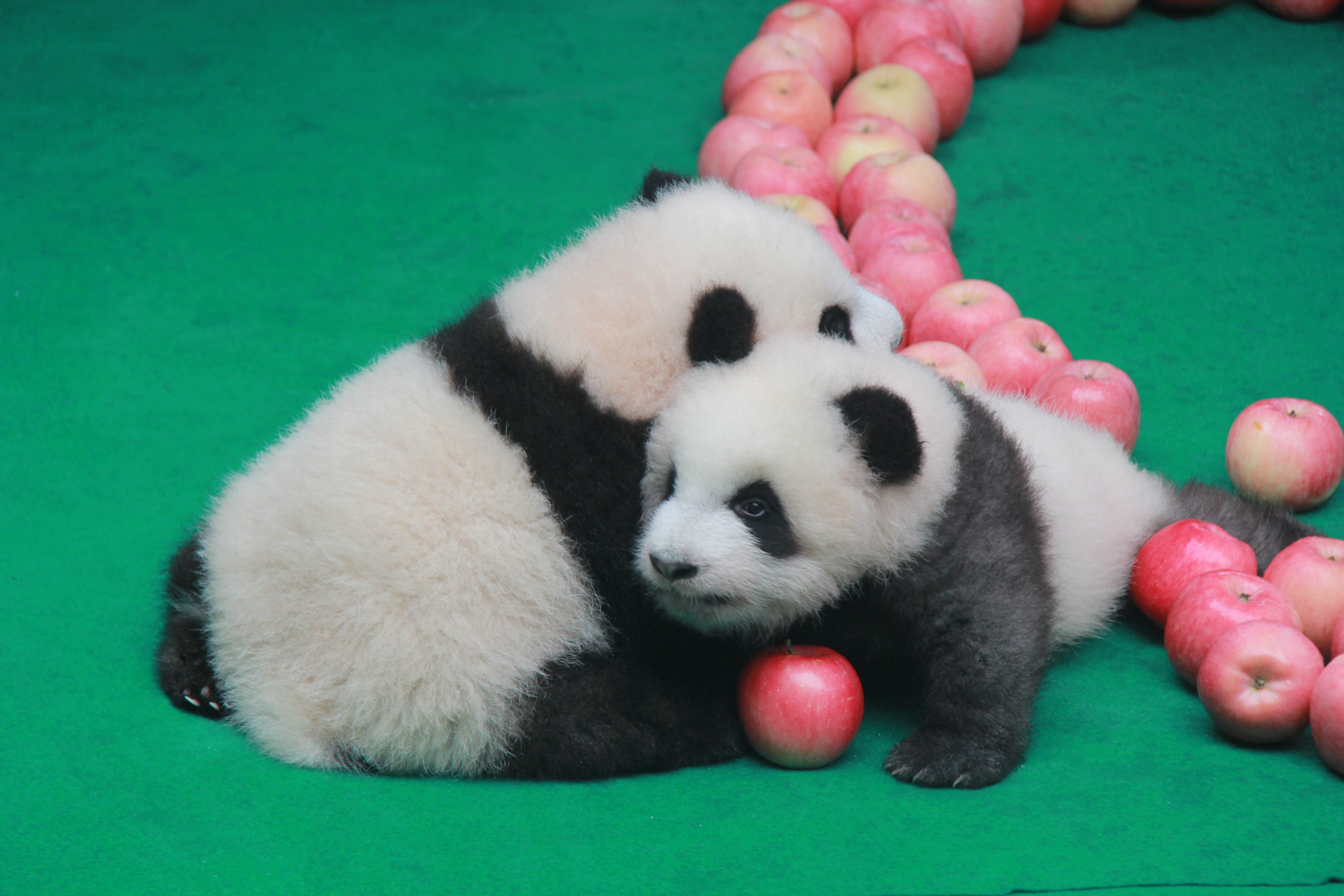 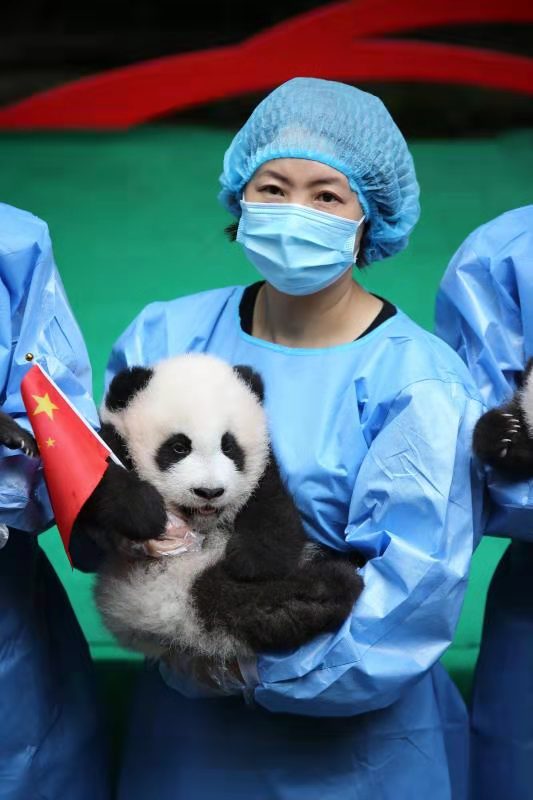