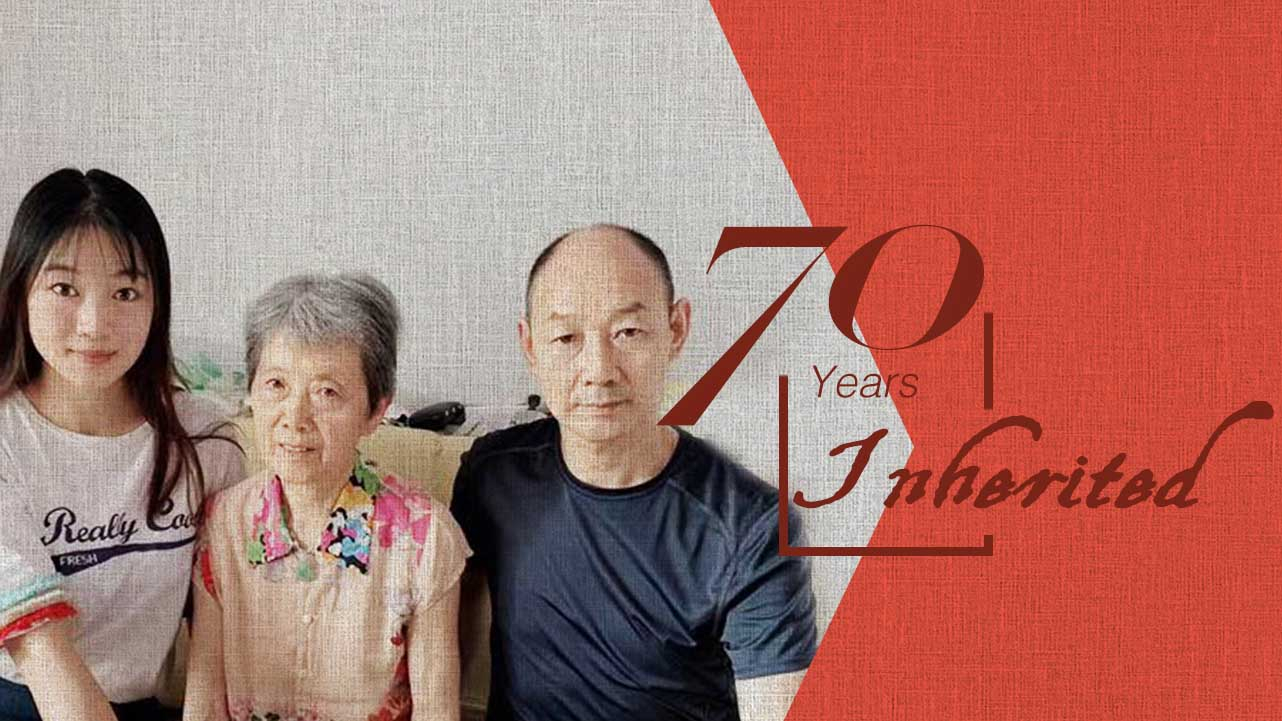 Martial arts are a hobby or a way to keep fit for many. But for Hu Yashi and her family, they are their most precious spiritual asset.

Having practiced since childhood, Hu Yashi is actually the owner of a martial arts club.

The story began with her grandfather. Her grandparents and her father practiced martial arts for decades, providing her with a good family legacy.

Her grandfather, Hu Hanqing, led a diligent life. He began to learn martial arts in his 20s. Life was really tough in the 1950s, when people had to eat wild herbs to barely satisfy their hunger. Yet he never stopped practicing.

Although living standards rose by the 1990s, martial arts endured a downturn. Many practitioners quit and looked for other ways to make a living. Hu Hanqing however always stayed true to his mission. "My father said that martial arts are not just for competitions, or just for physical fitness or self-defense. Martial arts can totally change your life and help you overcome obstacles," Hu Yashi's father, Hu Jianping, said.

The words were engraved in Hu Jianping's mind. As a coach, he was very disciplined and strict with his students. He believes that this is the way to acquire the spirit of martial arts, and that one has to keep working hard.

Influenced by her family, Hu Yashi began to practice when she was three years old, for fun. Two years later, her father took her to the club and trained her just like anyone else. Falling on the track of coal cinders was the least of her worries. She always caught up with the team.

She was greatly supported by her persistent and devoted grandfather during college. "He taught me many types of martial arts. He took me to Shenzhen and Macao for competitions. We won a lot of gold medals. He took care of me in every way, and sent me to learn calligraphy, dancing and swimming," said Hu Yashi.

In 2015, when she considered quitting her bank job and opening a martial arts club back in her hometown of Changde City, central China's Hunan Province, her grandpa was the first one to support her.

"I've come this far because I was deeply influenced by my grandfather, like my father was. I've always wanted to pass on my knowledge," Hu Yashi said.

Hu Yashi's club is on track to attract many teenage practitioners. The girl has her own ideas about teaching methods. She believes in preserving the essence of traditional martial arts, while infusing with some new and interesting elements. The legacy is being passed on and promoted to more and more people.

"Our passion for martial arts will never change with time."