Europe's first major film festival of 2020 opens in Berlin Thursday, with Helen Mirren and Hillary Clinton among those expected on the red carpet, even as a deadly shooting and diversity row threatened to mar festivities. 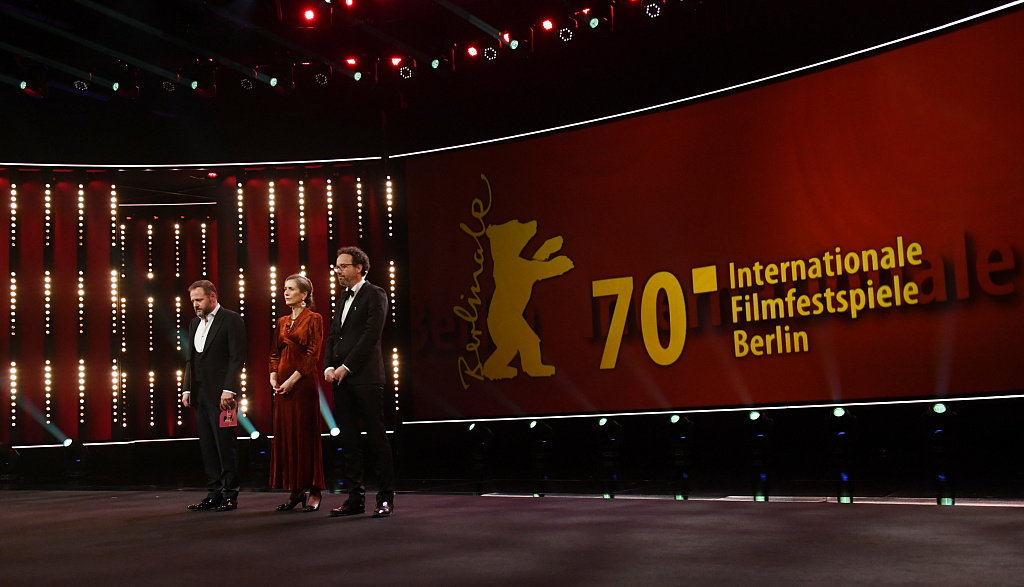 The prestigious festival, in its 70th edition, is the first under new management team led by Mariette Rissenbeek as its executive director, and artistic director Carlo Chatrian.

It was unveiled Thursday night with a screening of Philippe Falardeau's My Salinger Year, starring Sigourney Weaver and Margaret Qualley.

The opening of the 11-day Berlinale was overshadowed by an an attack in the central city of Hanau, which left nine people dead, along with the killer and his mother.

Festival organizers announced a minute's silence to mourn the victims during the opening ceremony on Thursday evening.

"The Berlinale stands against violence and racism," they said in a statement, after prosecutors said the suspect had held far-right beliefs.

Yet, festival spokeswoman Frauke Greiner said the Berlinale had no plans to boost security measures.

Organizers were in "constant exchange with the security authorities" and "able to adapt ... at short notice," Greiner said in a statement.

'Give room to diversity'

The festival, which will showcase some 340 films from around the world, has also been forced to defend its commitment to female film-makers.

Only six of the 18 films up for the top "Golden Bear" prize are directed by women, one fewer than last year. 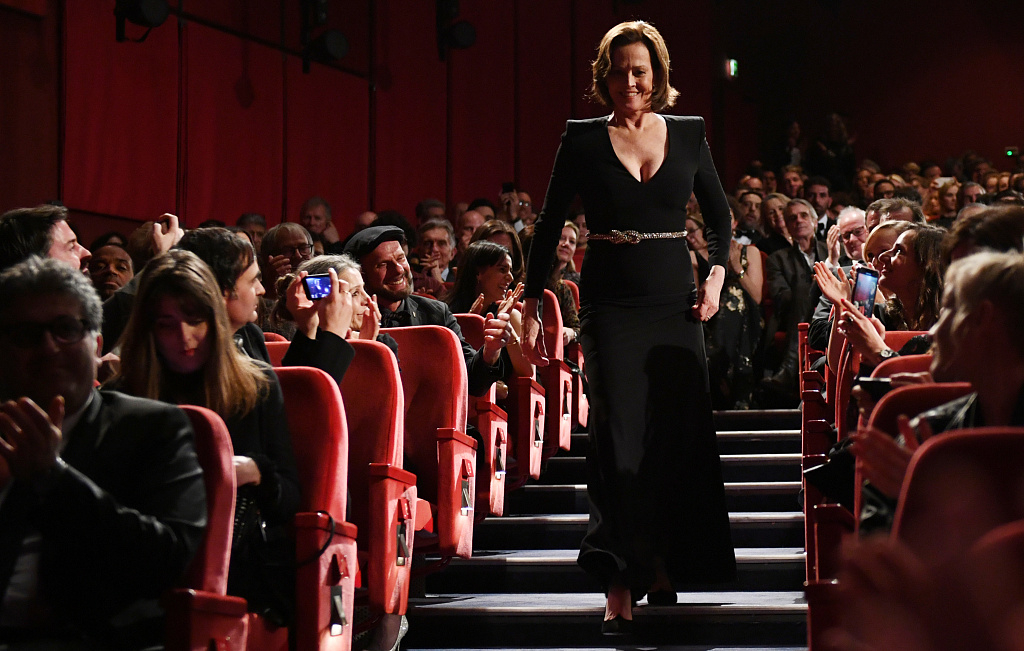 Sigourney Weaver walks to the stage during the opening gala of the 70th Berlinale International Film Festival in Berlin, Germany, February 20, 2020.

One of the newly appointed heads of the film festival said last month the festival would "give room to diversity," as debate rages over representation of women and minorities in film

"Six films is not 50/50, but it's a good path to reach it," said Carlo Chatrian, who was appointed to lead the festival for the first time this year with Mariette Rissenbeek, replacing long-serving chief Dieter Kosslick.

This year's jury head, Jeremy Irons, was also embroiled in controversy over past comments about same-sex marriage, women's rights, and abortion.

The British actor addressed the melee Thursday, saying he supported the "movement to address the inequality of women's rights and to protect them from abusive, damaging and disrespectful harassment both at home and in workplace." 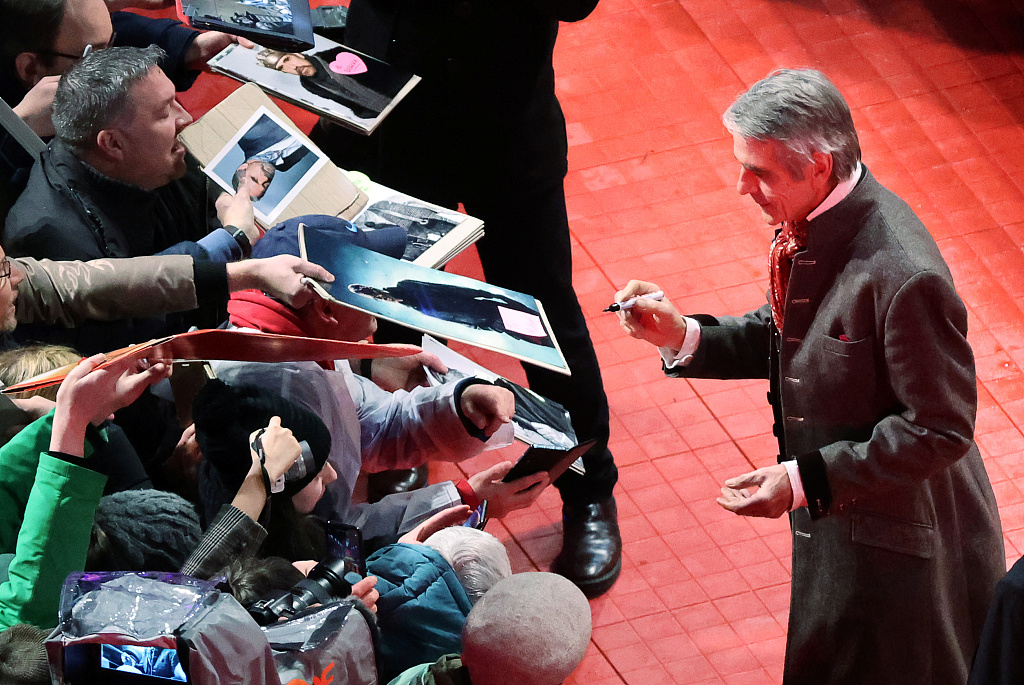 Jeremy Irons signs autographs on the red carpet as he arrives for the screening of the movie "My Salinger Year" at the 70th Berlinale International Film Festival in Berlin, Germany, February 20, 2020.

Irons has reportedly been accused of making comments suggesting abortion is sinful, downplaying sexual harassment, and suggesting same-sex marriage could lead to incest.

British Oscar winner Mirren will be feted at the festival with a lifetime achievement award, while former U.S. presidential candidate Clinton will attend a screening of a five-part documentary about her life.

Other A-listers expected to attend, include Javier Bardem, Elle Fanning, and Salma Hayek, who all appear in "The Roads Not Taken" by British director Sally Potter.

Cate Blanchett will also be there to present the Australian series "Stateless" and Sigourney Weaver will attend for the opening film "My Salinger Year," about the 1990s New York literary scene. 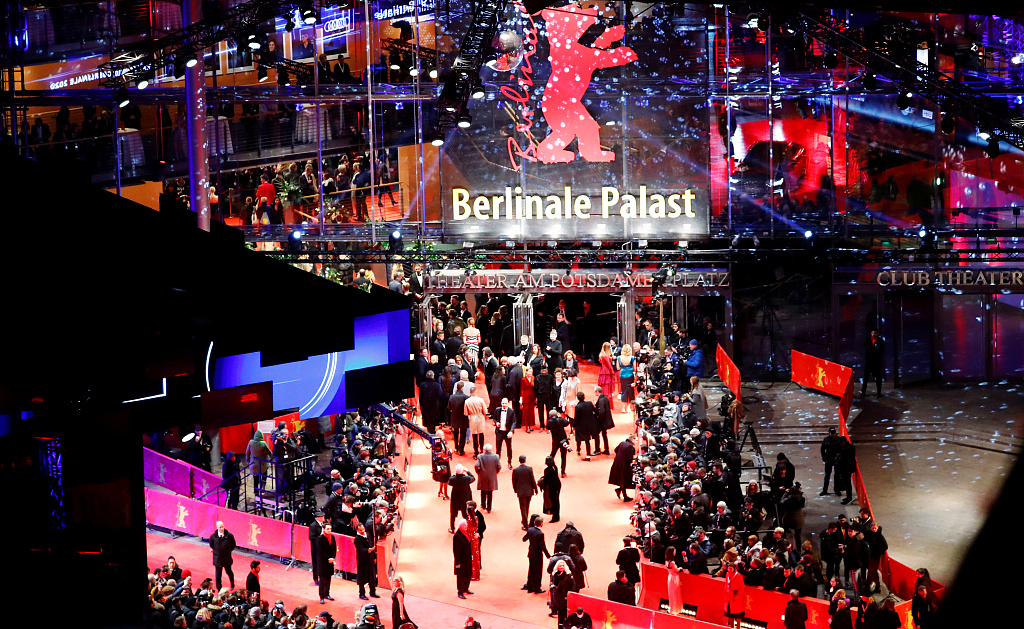 People arrive for the screening of the movie "My Salinger Year" at the 70th Berlinale International Film Festival in Berlin, Germany, February 20, 2020.

Further dampening Thursday event, the festival is also reeling from revelations that its founding director, Alfred Bauer, was a high-ranking Nazi.

The prestigious Alfred Bauer prize, previously won by the likes of Baz Luhrmann, was suspended after an investigation by newspaper Die Zeit highlighted Bauer's standing in the Nazi party.

On Tuesday, festival organizers announced they had commissioned the Munich-based Institute for Contemporary History (IfZ) to investigate Bauer's role in the Hitler regime.

This year's Berlinale winner will be announced on February 29.