CULTURE 99-million-year-old baby snake fossil to go on tour in China, US

99-million-year-old baby snake fossil to go on tour in China, US

A 99-million-year-old fossil of a baby snake trapped in amber found in Myanmar will be displayed in China and the US next summer, the research team said Thursday. 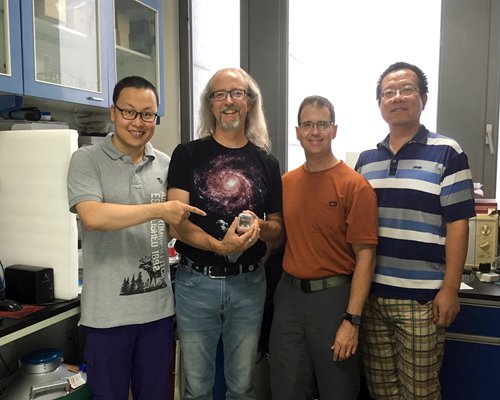 Members of the research team show the chunk of amber at the Institute of Zoology , Chinese Academy of Sciences in 2016. (Photos: courtesy of Xing Lida)

This is the first time in history that a baby snake was found in a chunk of amber, China University of Geosciences' Xing Lida, who is leading the research program, told the Global Times on Thursday.
The four centimeter amber was found in Myanmar in 2016, and the research team, composed of biologists and fossil experts from China and other countries, concluded that it was a new snake species.
The snake possesses features no longer present in current species, such as bone spurs emerging from its vertebrae. The spurs may have been there to stabilize the backbone, as being limbless was then a relatively new way of getting about for snakes, Xing said.
Scientists named the new species "Xiaophis myanmarensis" after its discoverer, Jia Xiao, who found the fossil in Myanmar.
Scientists have also been working on restoring the fossil's complete bone structure using a CT scanner since 2016.
"The three-dimensional skeletal reconstruction of the fossil took a year and a half before finally being identified as that of a snake," Bai Ming, a research fellow at the Chinese Academy of Sciences' Institute of Zoology, told the Global Times on Thursday. 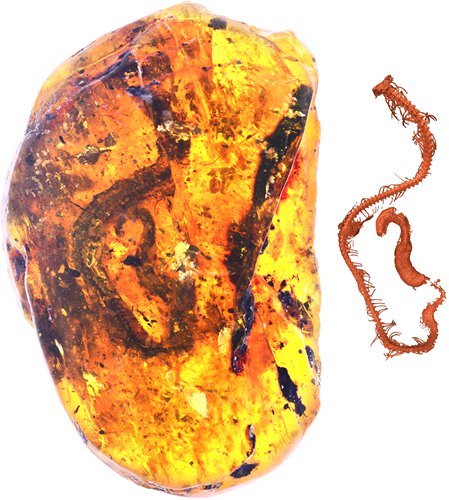 Skeletal remains of a prehistoric snake found by Jia Xiao, a Chinese fossil expert, in Myanmar (left), together with a computerized reconstruction of the skeleton (right).

Besides the baby snake, insects, insect excrement and plant remains were also trapped in the same amber, which indicates that the plants and creatures were living in a tropical forest, Xing said. 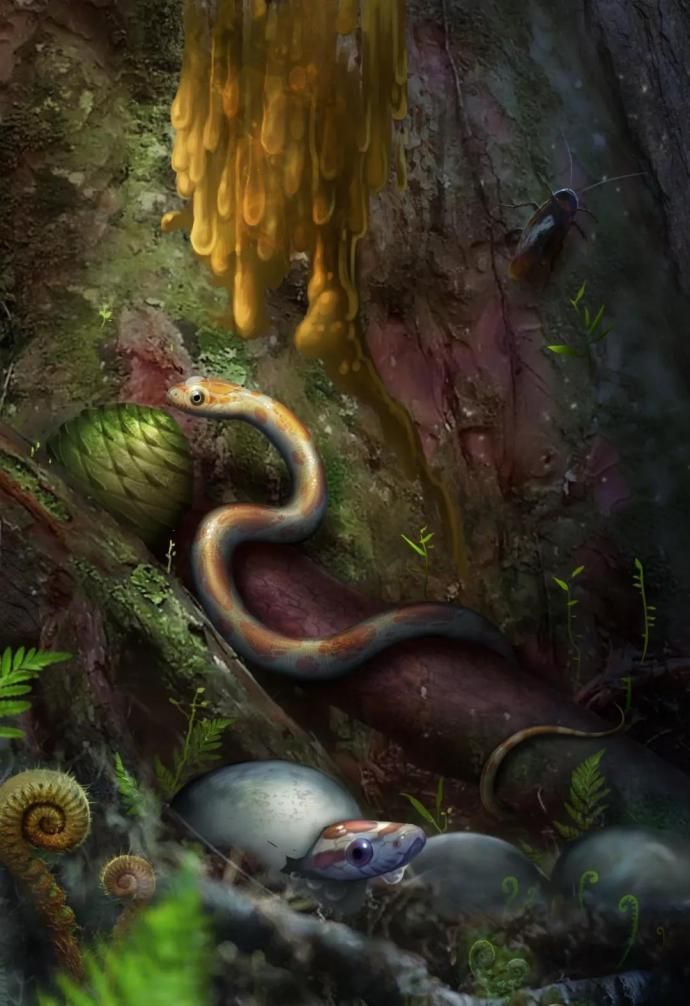 It is interesting to note that previous snake fossils which existed in the same period as the baby snake show that most of the snakes were aquatic, while the most recent snake is the only one known to have lived in the forest, Xing said.
The baby snake was once mistaken for a lizard until Jia accidently encountered a painting of an elapoid skeleton. "That looked so much like the chunk of amber I found," Jia said. She then sent the amber to the other members of the research team that started the two-year analysis.
The baby snake was probably only one to two days old when it was trapped in the amber. Only half of the body was kept in the amber.
Xing said scientists believe the baby snake was nine-and-a-half centimeters long.
The US-based National Geographic magazine is planning to exhibit the snake next summer in the US and several Chinese cities, including Beijing and Shanghai, Xing said.