CULTURE A Chronicle of Xi’an: Revering its history, embracing the future

A Chronicle of Xi’an: Revering its history, embracing the future 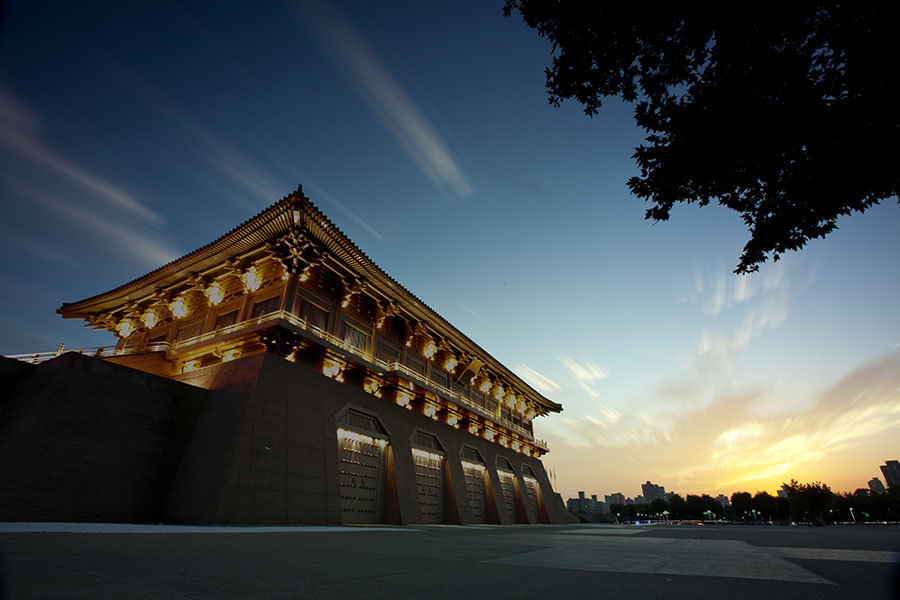 Xi'an was the capital city of 13 dynasties. (Photo by Pixabay)

It would have been hard to find any city in the 7th century that was more prosperous and cosmopolitan than Xi’an, the then capital of China. Sogdian merchants standing in front of stalls called out to passers-by to inspect their wares, which included Armenia jewels and velvet from Byzantium. Tocharian ladies danced at exotic taverns to attract customers, their blonde braids shimmering under the sunlight. Syriac priests forced their way through crowded streets with a combination of threats and pleas, chanting blessings in different languages. As the world’s largest and busiest city of the time, Xi’an teemed, swirled and reverberated with life.

As the starting point of the ancient Silk Road, Xi’an, formerly known as Chang’an, was then home to two million inhabitants during the Tang dynasty (618-907), over 100,000 of whom were foreigners. Visitors were easily spellbound by the fusion of thriving international trade and vibrant culture, while a plethora of different ethnicities created an unprecedented connection between China and the world. It was the high point in Chinese civilization, and a golden age of cosmopolitan culture.

1,300 years later, the ancient Silk Road has been reinvigorated and transformed into the new “Belt and Road Initiative”, restoring Xi’an’s dust-laden glories and injecting new charisma into the ancient capital of 13 dynasties. It is now the most important international commercial hub in Northwest China, with 1,667 “Chang’an” freight trains departing from Xi’an to Europe and Central Asia in the first half of 2020, carrying 1.3 million tons of merchandise. It is also a rising high-tech incubator, taking the lead in advanced technologies such as rocket design and pollutant purification.

“Openness and respect for other cultures are core values imprinted in Xi’an’s history, which continue to thrive today. As international and mutual understanding between countries are highly desirable today, Xi’an will provide new opportunities to both China and the world,” said Jing Yali, a history scholar at the Xi’an Forest of Stone Steles Museum.

Cradle of a unity China 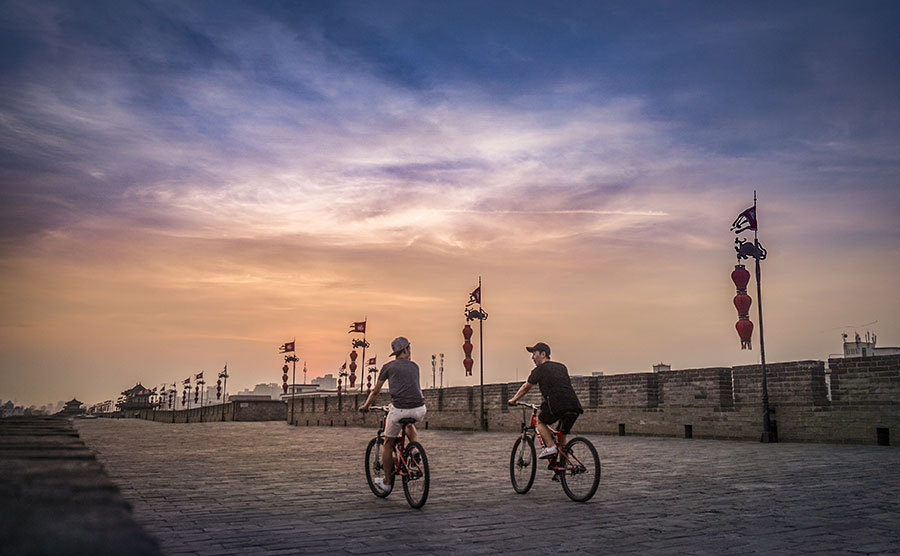 The Xi’an City Walls are some of the oldest, largest and best preserved city walls in China. (Photo by Pixabay)

The Terracotta Army that watches over the mausoleum of China’s first emperor Ying Zheng (259 BC –210 BC) in its sequestered underground palace has borne witness to the changes taking place in Xi’an over two millennia. Although the army may seem to be a group of insignificant clay figurines, the role they played in the formation of a united China means this couldn’t be further from the truth.

Dating from approximately the late third century BCE, each terracotta figure has its own unique features, down to the face and toes. The Army includes warriors, chariots and horses, and has more than 8,000 soldiers, 130 chariots with 520 horses, and 150 cavalry horses. In order to run an empire great enough to create such a masterpiece, the emperor assembled talents across the land regardless of their backgrounds and social status. Some were even his enemies from other states.

“The Terracotta Army not only possesses unparalleled artistic value, but also demonstrates the integrity and strength of a united China. Hardworking, disciplined, respectful of talent and open to other civilizations - such virtues were revered by the Qin people and still form the core value of modern Chinese culture,” said Jin Kai, a researcher from Emperor Qinshihuang's Mausoleum Site Museum.

According to Jin, by introducing a range of reforms, such as standardized currency, weights, measures and a unified system of writing, the Qin turned China into a great power. Its stable economy and military strength allowed ambitious projects to be undertaken, including the Great Wall of China and the Terracotta Army, while the name of the dynasty is thought to be the origin of the European name for China.

“In light of what had begun under the Qin, even the striking changes made by later generations take on more of an evolutionary than a revolutionary character,” said Jin.

The Nestorian Stele records ancient China's connection with the world.

As the cradle of a united China, Xi’an was also the world’s largest cosmopolitan city, attracting talents from the world over. The best evidence of this might be the Nestorian Stele located in the Xi’an Forest of Stones Stele Museum. With text in both Chinese and Syriac, the 279-cm limestone block documents 150 years of early Christianity in China. According to the Stele, a Christian missionary named Alopen and his fellow Syriac missionaries came to China from the Eastern Roman Empire through the ancient Silk Road in 635, bringing sacred books and images. While the Nestorian church was considered heretical by the West, the missionary and his fellows were able to find sanctuary in China.

Alopen is not the only foreigner who, after coming all the way to Xi’an, was stunned by its mighty power and tolerance for other cultures. Ethnicities from Persia, Central Asia, Japan, Korean, Vietnam, India and many other places lived in Xi’an, with different religions, such as Buddhism, Nestorian Christianity, Manichaeism, Judaism and Islam coexisting in harmony. According to statistics, Xi’an during the early Tang dynasty was home to 111 Buddhist monasteries, 41 Daoist abbeys, 38 family shrines, two official temples, and seven churches of foreign religions.

“The craving for global cooperation and respect for different cultures are part of the reason for China’s rise as an ancient superpower. We can find evidence for this in the Forest of Stones Stele Museum,” said Jing, who noted that there were many similar steles in the museum recording the cultural and religious exchanges between China and countries like Japan, Nepal and India during the Tang dynasty.

“The reverence for different cultures benefited both countries along the Silk Road and China itself. Thanks to this cultural fusion, Chinese people have learned to absorb the essence of other cultures and make it their own, making us even more culturally confident,” added Jing.

Revival of the ancient capital 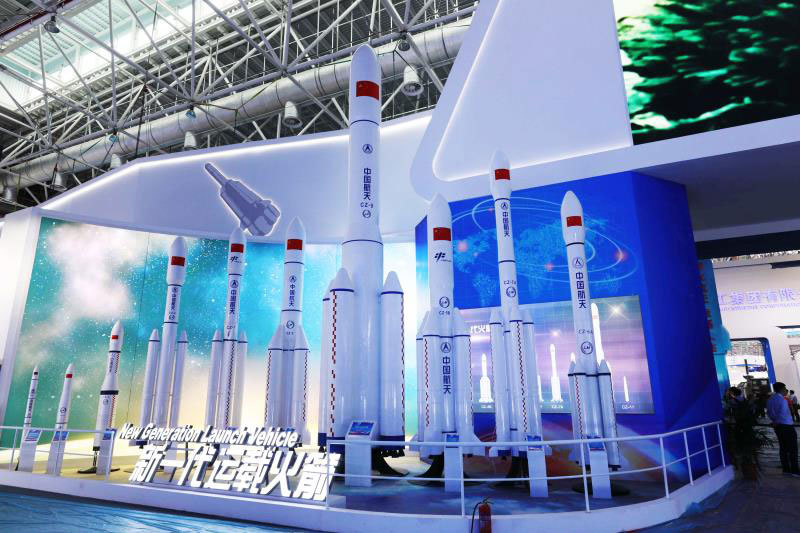 Xi'an is now a rising tech hub in China.

On May 7th, a freight train loaded with 49 cars full of fridges, tea and lamps headed for Uzbekistan from Xi'an, marking the 1,000th cargo train on the China-Europe route to depart from the city in 2020. Despite the COVID-19 pandemic, it took only 129 days for Xi'an to run 1,000 China-Europe freight trains this year, 76 fewer than last year, and recent daily traffic has doubled compared with the same period last year.

As the starting point of the ancient Silk Road, Xi’an has once again led the charge in China’s trade and economic cooperation with the world. Since 2013, Xi'an has opened 15 international freight train routes to Kazakhstan, Belgium, Germany, Poland and other European and Central Asian countries, building a "golden channel" connecting the ancient commercial hub with Eurasia.

Along the Belt and Road, China’s modern culture has also entered the international arena. At the digital center of the China Western Film Group, graphic designers and movie producers are working on a digitalization project to showcase the beauty of Xi’an a thousand years ago. The application of advanced technologies such as 3D allows viewers around the globe to travel through time, enjoying the splendors of the Tang dynasty. 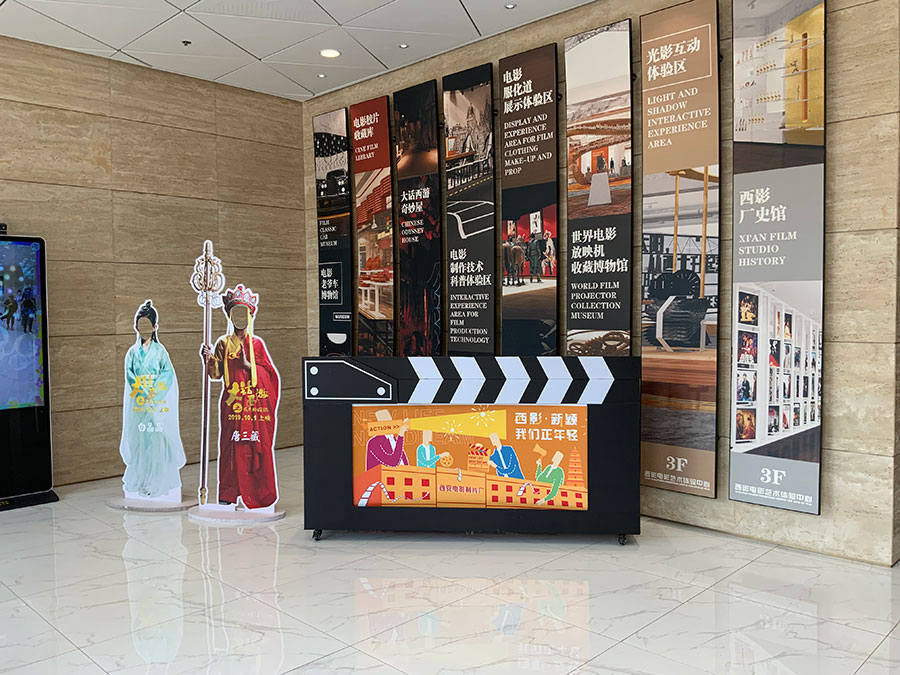 Established in 1958, China Western Film Group is one of the four major national film production companies in the country. It has produced over 300 movies and documentaries, and more than 180 TV series. Its works have won accolades at multiple international movie festivals, winning more than 70 international awards such as the Golden Bear, with 76 of its movies being introduced to audiences in 36 nations and regions.

In 1988, the company produced Red Sorghum, which tells the story of an ordinary Chinese couple’s life in the 1930s. Upon its release, the movie garnered international claim, with Roger Ebert, the first film critic to win the Pulitzer Prize for Criticism, praising the movie for “its strength in simplicity that Hollywood in its sophistication has lost.” The movie won multiple international awards, sharing China’s stories with the world.

As well as being home to booming cultural industries, Xi’an has also become a prominent tech hub. Established in 1965, the Sixth Academy of China Aerospace Science and Technology Corporation has designed and developed over 50 varieties of liquid propellant rocket engines, which have been used in the launch of both Chinese and foreign satellite and spacecraft.

“The aerospace industry can epitomize a nation’s capability in scientific research and technological development, and it is not only about rocket launches. Through the development of spacecraft, we have also made achievements in other scientific spheres, such as waste management technologies, which can benefit ordinary people,” said Suo Xiaoqiang, the academy’s chief economic manager, who added that other products, including intelligent instrument, special pumps and valves, are also proving very popular in the international market.

According to Suo, as a city that has many prestigious universities and research centers, Xi’an has provided the academy with talents and innovative ideas. With the city’s complete industrial chain and abundance of tech companies, interdisciplinary research and cooperation can further strengthen the development of China’s aerospace industry.

“Though China is a major power in aerospace technologies, we still have many tech shortcomings that still need to be solved. We will continue to do our research, and more new technologies can be expected from us in the future,” he added.