CULTURE A day in the life: survey released on habits of typical Chinese person

A day in the life: survey released on habits of typical Chinese person 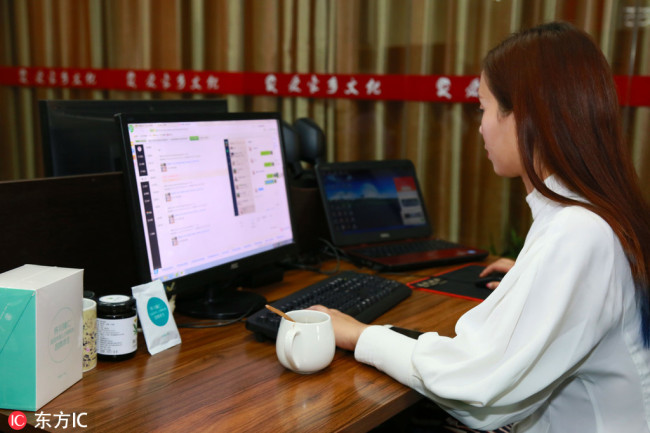 A recently released survey gives insight into the average day of a Chinese citizen, giving a blow-by-blow account of how they live, work and play.

The survey says that they spend 9 hours and 19 minutes sleeping, 4 hours and 24 minutes in paid work, 1 hour and 44 minutes eating and 24 minutes socializing, according to the National Bureau of Statistics (NBS) Friday.

The NBS survey interviewed a total of 48,580 urban and rural residents aged 15 years and over in 11 provincial-level regions in 2018. Respondents recorded the amount of time spent on biological needs, paid and unpaid work, leisure, education and travel, on a typical workday and non-workday.

Men spent about 100 minutes more on paid work than women on average, and men aged 25 to 29 worked the longest hours, 8 hours and 6 minutes per day.

Meanwhile, women typically spend 3 hours and 48 minutes on unpaid work including housework and caring for children, which occupies about 90 minutes of a man's day.

As for leisure time, respondents reported watching television as their most time-consuming entertainment, at 100 minutes daily.

It is the second such survey conducted by the NBS, with the first launched in 2008.

About 85 countries and regions including the United States, Germany and France have conducted such surveys, which are believed to have important policy uses, particularly in the areas of health, employment, social protection and childcare.