A disgrace, says South Africa great about weakened Olympics side 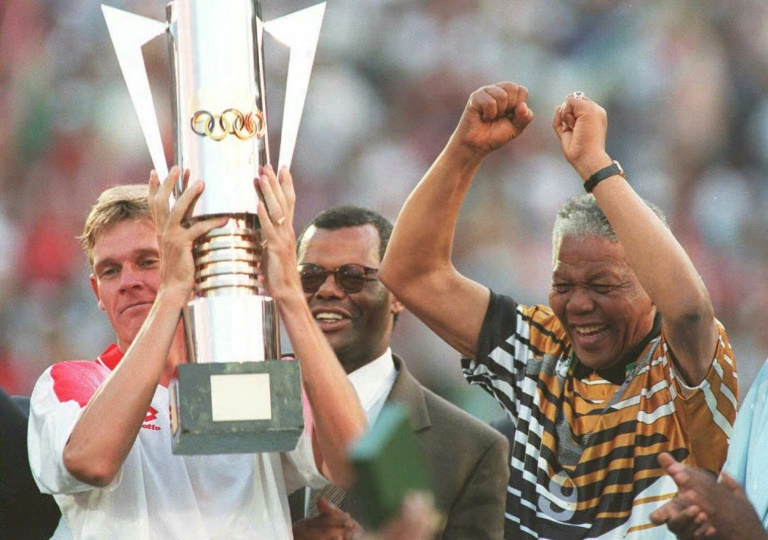 South Africa football legend Neil Tovey says a club-versus-country tug of war over the team that will compete in an Olympic Games qualifying tournament from this weekend is a "disgrace".

Egypt will host the November 8-22 competition for under-23 footballers in Cairo that also involves South Africa, Cameroon, Ghana, the Ivory Coast, Mali, Nigeria and Zambia.

Each country is permitted a 21-man squad, but when the South Africans arrived in Cairo this week they had just 12 players.

A FIFA international window spans November 11 to 19 and top-flight clubs in the republic are refusing to release outside of those dates any players chosen for Egypt.

"It is a disgrace. It is downright diabolical that they cannot have the best players," said Tovey, who captained South Africa to the 1996 Africa Cup of Nations title.

"This is a sad state of affairs -- begging clubs for players. The squad was changed six or seven times in 10 days before the final announcement.

"It has been an absolute nightmare for weeks, trying to put it together. Clubs must stop being selfish in their approach."

South Africa is one of a few African countries where football is not controlled exclusively by the national association.

There is a separate body that governs top-level club football and flexes its muscles occasionally by clashing with Safa over issues that include player availability.

South Africa are in Group B with Nigeria, the Ivory Coast and Zambia and unless the clubs relent, will have a full squad only for the second match against the Ivorians.

By then they could be in a win-or-bust situation as their first match this Saturday is against highly-rated Zambia, many of whose players won the 2017 African youth championship.

Nigeria must do without Samuel Chukwueze of Villarreal and Victor Osimhen of Lille, who have been called up by the senior side for Africa Cup of Nations qualifiers.

But former Arsenal midfielder Kelechi Nwakali, now with Spanish second-tier side Huesca, says "we will hold our own provided we combine our talents for the betterment of the team".

He lauded Turkey-based captain and midfielder Azubuike Okechukwu, saying his "courage and commitment are great examples to the rest of us".

Egypt have had trouble-free preparations under former senior national coach Shawky Gharib for Group A matches against Mali, Cameroon and Ghana, winning six warm-up games and drawing one.

After the senior side flopped as 2019 Cup of Nations hosts, suffering a shock last-16 loss to South Africa, there is huge pressure on the Olympics squad to atone by qualifying for Japan.

"This is the best Olympics squad Egypt has ever had," boasts Gharib. "All the players feature regularly in the domestic league and are experienced."

Cameroon have also been tug of war victims, but not to the same extent as South Africa. French Ligue 1 outfit Nice refused to release forward Ignatius Ganago.