CULTURE A glance of Spring Festival in Chinese paper-cutting

A glance of Spring Festival in Chinese paper-cutting

TIANJIN, Feb. 12 (Xinhua) -- Depicted on a Chinese paper-cutting, a fat golden pig, decorated with colorful petals on its body and gold ingots on its back, is running to bring a string of ancient Chinese coins into a house. 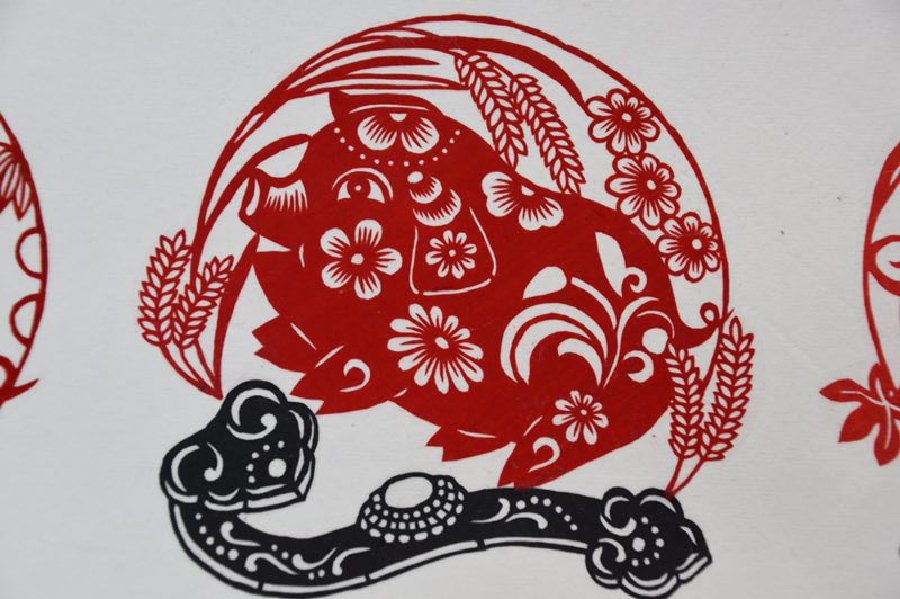 "It's specially designed for the Year of the Pig," said Dong Junli, 66, who has been making Chinese paper-cuttings for almost 60 years.

"Start from the pig's round head, and don't forget its short tail and legs. It also has a pair of beautiful shining eyes," she said. Within 10 minutes, two little fat pigs appeared from the paper and old iron scissors in Dong's hand. 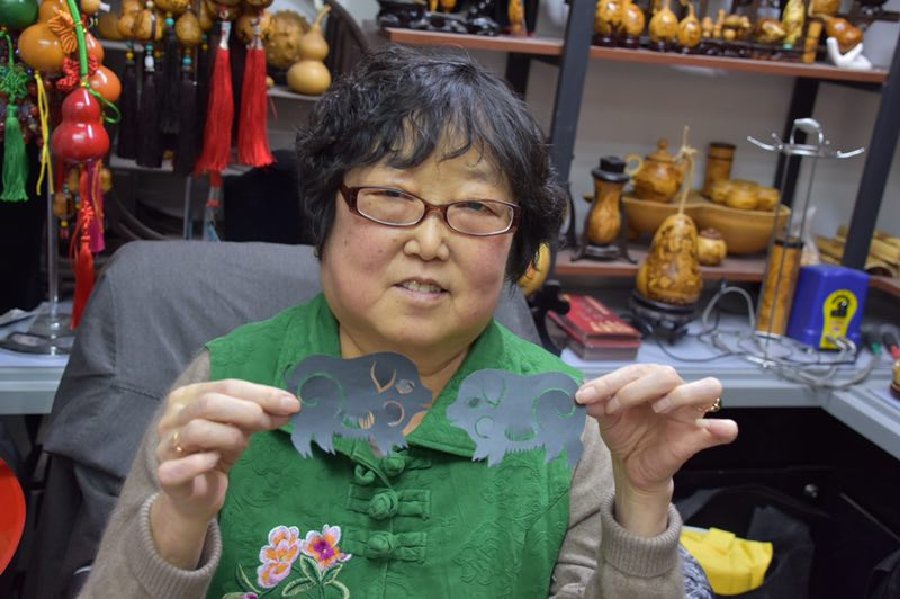 "This pair of scissors was given to me by my mother. I always saw her making paper-cuttings when I was little," she said.

Influenced by her mother, the then 7-year-old flower enthusiast Dong would pick up the scissors to imitate the flower images of her mother's paper-cutting drafts and hang them on windows and doors.

"My neighbors joked that I would cut the paper as soon as I saw it," she said, adding that with a decade of practice, her flower-themed paper-cuttings looked vivid and real.

"Every flower has its own physical form and structure; I observe flowers with my eyes and feel them with my heart," she said.

In 1970, Dong was dispatched to a factory and worked as a mold fitter in north China's Tianjin Municipality. Drawing mechanical lines enhanced her skills of portraying paper-cutting drafts.

Dong also read piles of books on paper-cutting, woodcarving and stone-printing after work. "Art is interconnected. What I've learned about other forms of folk art turned out to be of great help to my paper-cutting designs in later years," she said.

After retiring due to poor health in 2000, Dong started to fully focus on paper-cutting. 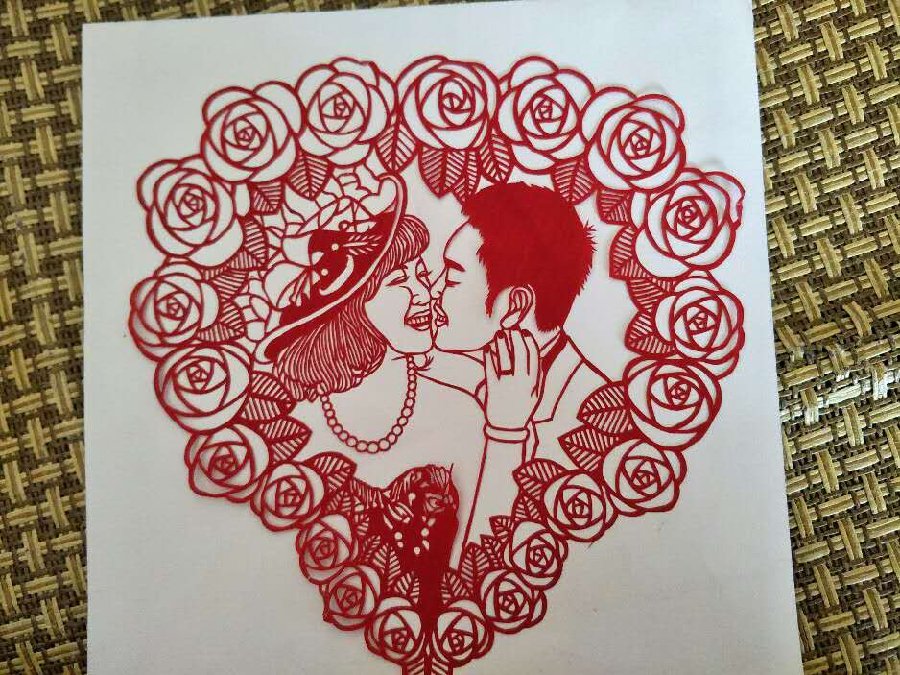 In 2007, a group of paper-cutting enthusiasts together with Dong formed a paper-cutting team, welcoming everyone from primary school students to over 80-year-old seniors to take part every weekend.

"Every folk craftsman has a dream of setting up a workshop. I'm no exception," she said. In 2016, Dong opened a workshop and has since then immersed herself in the world of designing and making paper-cuttings.

In her less than 20-square-meter workshop, a variety of paper-cutting works in different sizes are placed on a shelf. Some of them have been finished, while others are still simple lines with stapled pins waiting to be cut out.

"I hope that someone could inherit my paper-cutting skills. Concentration is of importance for a craftsman," Dong said.

"I was a layman of paper-cutting at the beginning. My first piece of work looked really bad," said Zhang Pijiang, 50, who came to learn paper-cutting skills from Dong three years ago. After hundreds of times' practice for half a year, Zhang's works finally won Dong's praise.