A hard-luck story that ended well 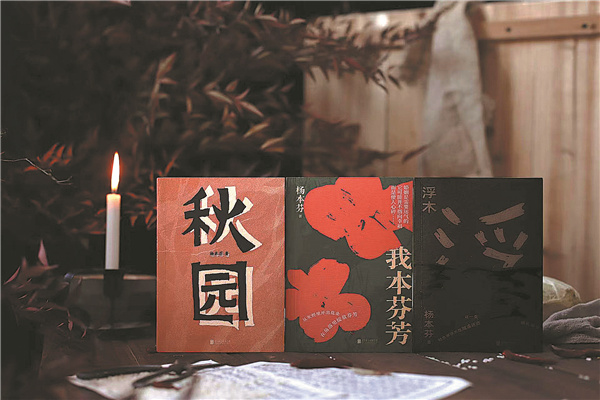 Qiuyuan was published in 2020. Writer Yang Benfen uses the name Qiuyuan in the book to refer to her mother, and tells her story in the namesake novel. In 2021, her second book Fumu (Floating Wood) was published. (Photo: China Daily)

Bad luck always seemed to shadow Yang Benfen. Until that is, when she suddenly, and deservedly, became popular as a writer at 80. This was a turn of events she just could not believe.

The second of six children from a poor family in Hunan province, she was born in 1940, and did menial jobs in childhood. When she finally managed to get a chance to go to school as a teenager, the school closed down just several months before her graduation. If she had been recruited by an automobile transportation company in Tonggu county, Jiangxi province, a few days earlier, she could have become a regular employee, but she ended up doing casual work until retirement.

The change happened more than two decades ago, when Yang resigned. She went to Nanjing, Jiangsu province, where her daughter Zhang Hong lived, to help take care of her young granddaughter.

One day, she read an article written by Zheng Shiping, in which he emotionally recalled his late mother. Yang was deeply moved. Her mother Liang Qiufang had passed away several years before, and she missed her very much. It occurred to Yang to write something about Liang.

"I realized if no one puts my mother's stories down, traces of her will eventually disappear from the world," says Yang.

The calling to write was so strong that she decided to act on it straight away. Between doing household chores, she wrote diligently in the 4-square-meter kitchen.

"When I was waiting for the soup to boil, I sat down and quickly wrote something on a piece of paper with just the booming noise of the smoke exhaust ventilator to keep me company," said Yang in the preface of her first book Qiuyuan, which tells the story of Liang.

Born into a doctor's family in Henan province in 1914, Liang saw her family fortune decline after the death of her two sisters-in-law and father at 12. At 18, she was married to an army officer surnamed Yang, who is Yang Benfen's father, and went to his hometown in rural Hunan province.

Due to turbulence of the times, her father lost his position, was cheated by his relatives, lost properties, and also made a series of wrong decisions. As a result, the family of eight people struggled to live. Since he suffered from bad health, and died in the middle age, the heavy load was put on the shoulder of Liang, who had a pair of "lotus feet", due to the former custom of foot-binding.

The ancient Chinese say the three biggest misfortunes in one's life are losing your father at a young age, a spouse at a middle age, and children at an old age. Liang, unfortunately, experienced all of them. Although she worked hard to support the family by teaching and sewing clothes for others, the family just managed to survive. Ill fortune seemed to follow her and she had to endure the heartbreak of the deaths of her three children, one after another.

Yang Benfen used the name Qiuyuan in the book to refer to Liang, and told her story in the namesake novel. After finishing the first draft, her handwritten manuscripts weighed about four kilograms.