Maoling (Mao Mausoleum), the tomb of Han Dynasty's (202 BC-AD 220) seventh emperor Liu Che (156-87 BC), has earned its outsize reputation with the largest size, longest construction time and most valuable burial objects of all the Han monarchs' resting places. 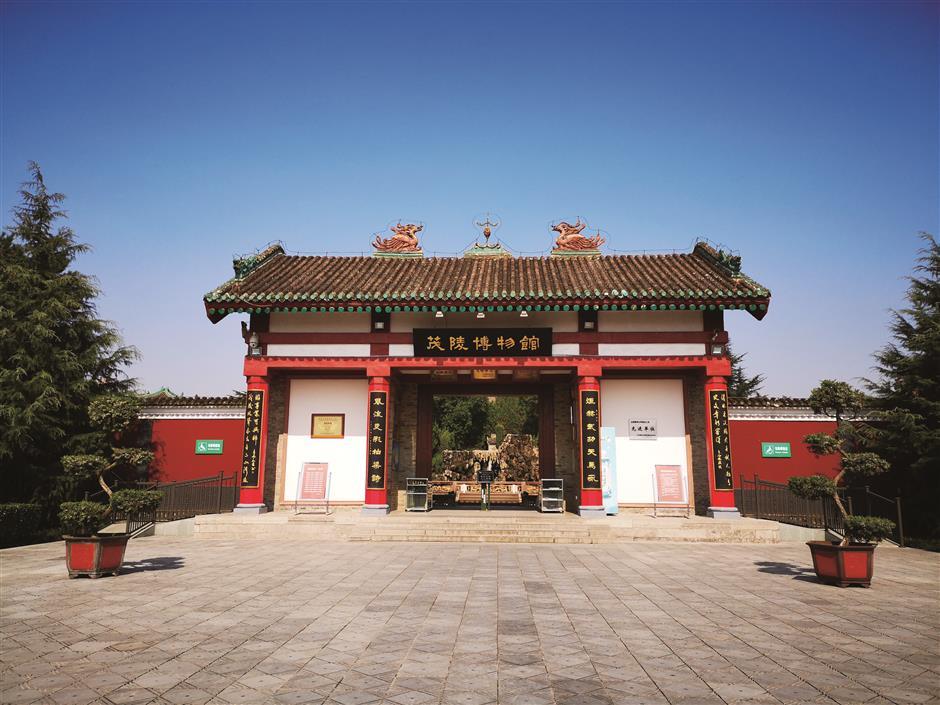 Located about 40 kilometers from Xi'an, Shaanxi Province, the mausoleum sits in the Xianyangyuan area, a place where nine Han emperors are buried.

An anecdote goes that Liu happened to find a dragon-like animal on a hunting trip in Maoxian County. Taking it as an auspicious sign, the emperor decided to enclose the land for his tomb, which was under construction for 53 years.

During his 54-year reign, the legendary emperor pushed the dynasty into its ultimate prosperity as the most powerful empire in Eurasia at the time, which is also the reason most Chinese are called Han people – a tribute paid to the heyday of Han.

Liu died at age of 69 and was buried at Maoling 18 days after his death. How did a tomb take more than half a century to complete?

During the 1940s, an American pilot on a flight mission spotted a pyramid-like structure in the northwest of Xi'an. In the 1970s, he wrote a letter to the Chinese government inquiring about it, which he had taken for a navigation landmark.

Seen from the outside, the mausoleum does look like a pyramid or an inverted funnel, richly clad with green trees. Made of rammed earth, it's 46.5 meters tall and covers about 60,000 square meters.

In old China, death was considered as important as life, so funerals were often made as magnificent as possible, especially for a country's supreme leader who wanted to bring all his possessions to the afterlife.

The scale of Maoling can be regarded as an epitome of Liu's life. In addition to the mausoleum itself, there were high towers and pavilions nearby that were later destroyed in wars.

The large, time-consuming construction process required a large number of laborers to gather in Maoxian County, making it a busy center of activity. Archives recorded more than 5,000 officials and servants were deployed to guard the tomb and monitor the project.

In the second year of construction, Liu ordered a satellite city to be set up near the mausoleum, forcing the country's high-level officials, noble families and rich businessmen to relocate there – a tough tactic to strengthen his centralization. The city's population reached 270,000 at one time.

The core zone of the mausoleum is the underground palace, where the emperor is truly resting.

According to historical records, the palace covering 6,000 square meters is 30 meters deep and has a passage way underneath big enough for a six-horse carriage to go through.

Because the tomb hasn't been opened yet, archeologists have to speculate on its interior structure based on other Han tombs that have been excavated.

The emperor's body was placed on a jade bed in a catalpa-wood coffin, dressed in a jade suit sewn with gold wires and a jade accessory in his mouth. During the Han Dynasty, people believed jade could keep a corpse from decomposing.

The gold-wired jade suit was exclusive for emperors and his cousins. In 1968, the tomb of Zhongshan King Liu Sheng (Liu Che's half-brother) was discovered in Hebei Province – the first time a jade suit was unearthed and brought to light. The 1.88-meter-long suit was linked by gold wires with more than 2,000 jade chips.

Experts speculated that the emperor's suit was gorgeous.

Thousands of burial objects were placed in the underground palace.

At the time the emperor was about to be interred, people realized there were too many burial objects. As such, some had to be placed above the ground, such as gold, silver, jade, jewelry, and all kinds of animal sculptures, as well as the books he once read stored in gold chests.

Over the years, local farmers found more than 3,000 cultural relics near the mausoleum while building houses and farming the land.

Many of them were judged to be national treasures, including a jade door decoration delicately carved with a dragon, bird, tiger and turtle-snake, the most beautiful one of its kind ever found in China.