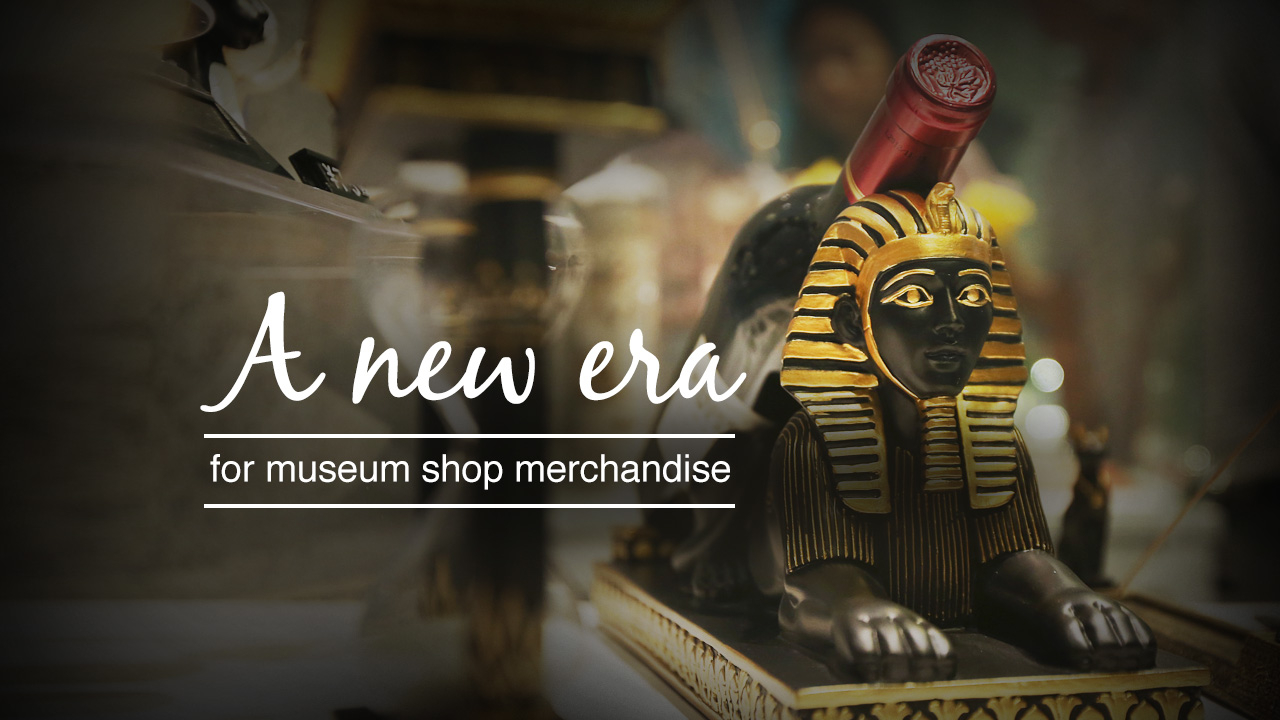 After opening an online shop in 2010, the Palace Museum overturned an impression that it was "heavy and serious." The store actually received a lot of good reviews.

After that, the British Museum opened its first store on China’s Tmall on July 1 selling the institution's creative merchandise.

In fact, many museums have already opened retail shops online.

What do museums sell?

Tapes, notebooks, refrigerator stickers, fans – many museum shops have these goods. On the one hand, they are simple to make and cheap to develop.

Concerning intellectual property development, the Louvre Museum and the British Museum, which started earlier, have formed a complete industrial chain from design to marketing.

As an important museum of the world, the British Museum has collections of Chinese, ancient Egypt and ancient Greek relics on which they focus merchandise development.

The "Rosetta Stone" is one of the most important collections of the British Museum and has been on display since 1802. Visitors can take home a mug bearing the inscription instead of the real stone.

Sometimes, a few "cultural collisions" can have a magical effect. For example, when the yellow rubber duckling "meets" history.

The rubber duckling has become a symbol of many British childhood memories. When it combines with the collection elements, visitors can see the duckling dressed as Sphinx of ancient Egypt or in the armor of ancient Roman soldiers and Vikings.

In the Louvre Museum in France, Mona Lisa, one of the three treasures of the museum, is also the most visible among its creative merchandise.

Of course, it would be boring for the Mona Lisa to be presented to tourists in the same way. As a result, Mona Lisa has repeatedly been transformed into a variety of creative souvenirs, including a French-language book about Pénélope, a little blue koala bear, and her grandfather as they visit the Louvre Museum. According to the Shanghai Observer, this guidebook is popular with children.

Founded in 1872, the Tokyo National Museum (TNM) has the longest history among any Japanese museums.

Merchandise with the theme of important cultural property “Dancing People” burial figures has become an unprecedented hit and even regarded as the "representative" of TNM.

There's nothing special about the burial figure per se until the designer transforms it into a pair of socks.

"Because of the different colors, some visitors bought a lot of pairs for this, and many other families who came to the museum specifically for socks," Keiko Tanaka, the TNM shop manager, told Huanqiu.

The museum has also developed more than 20 kinds of merchandise with figurine images, such as bento boxes and reusable bags.

Nowadays, visiting museum stores has become part of the museum experience. According to the Shanghai Observer, for many people, museum stores have even become not only an extension of the exhibition but a necessary part of it.

“Museum shops are no longer just about selling things,” Diane Drubay, chief executive of museum marketing consultancy We Are Museums, told The New York Times. “They are about adding a new step to the museum experience.”

Most of the collections in museums were commodities before, mostly measured and traded in money.

Of course, once in the museum, these items lose their commercial properties. Only the museum shop can satisfy the history lovers.

Except guiding books and reproductions, the museum's merchandise featured more goods, including umbrellas, pens, and notebooks. This sense of "kill two birds with one stone" gives customers the feeling of "beneficial," which is also usually the most profitable department for the museum, the Shanghai Observer reported.

"Despite our 250 years of history, we are straggling behind in business. The government is cutting our budget every year, so we're looking for new sources of funding," Roderick Buchanan, the business director of the British Museum, said in 2017.

Visitors can buy souvenirs at relatively reasonable prices in museum stores to signal their love for the exhibits and artists, and at the same time, these purchases are often the most direct support for these repositories.

Museums are breathing new life into their official stores with merchandise and driving a new era.