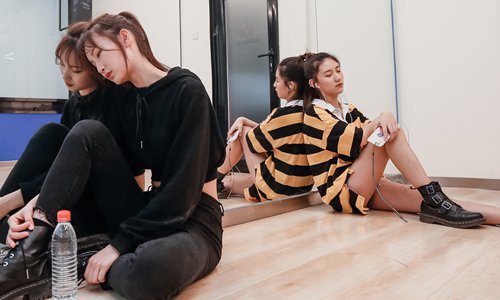 He Xingyu and Chen Qiuyu (in black) take a break. (Photo: IC)

The final episode of popular idol-making reality show Produce 101 aired on Saturday. Out of 101 young female competitors only 11 finalists were chosen to go on to become China's newest girl band: Rocket Girls.  The young competitors on the show, most of whom are aged 18 to 22, went through a harsh selection process and months of hard training to get their shot at the top. For them, the show was a chance to make their dreams a reality.Like the women who took part in the reality show, He Xingyu and Chen Qiuyu are two young women who have traveled to Beijing from their hometowns to join a company that specializes in training young girls for stardom. Trainees must not only be attractive, but also be extraordinary performers when it comes to singing, dancing and engaging audiences.As trainees, they need to train at least 12 hours a day, while to keep fit - the most visible criteria for idol-wannabes - they mostly subside on meals consisting of fruit and vegetables. If at any point one of them gains weight, they are forced to go on a diet. According to The Economic Observer, as there is currently no standardized training system for idols in China, the field is still in the pioneering phase. Some companies employ teachers from other countries including the US and South Korea, the latter of which has a mature idol training industry. Training mainly consists of classes in music, dance, etiquette, public relations, make-up and physical fitness.  The two trainees are under a lot of pressure, especially when it comes to their age. "Seeing more and more girls younger than us make their debut really stresses us out," the two 19-year-olds who have been training for nearly a year told qq.com in a recent interview.Training is only part of the path to fame. To get their faces out there among the public, the girls must take part in all kinds of reality shows. In fact, just to get their foot in the door and become a trainee, they had to go through numerous interviews with girl-band agents and strict selection processes. And that was just the first step toward their dream. Training can not only be a boring and repetitive process, but also a dangerous one. The two girls have gotten hurt on several occasions during dance classes. Despite this, neither has thought of giving up. "Once you choose this, you have to be strong. I hope I can grasp opportunity when it comes my way," said He."Once you get into this field, you will find it is harder to give up than it is to keep going," Chen noted. 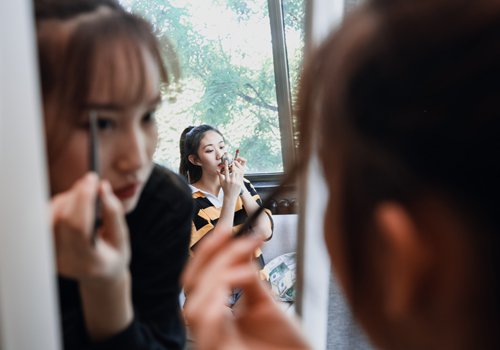 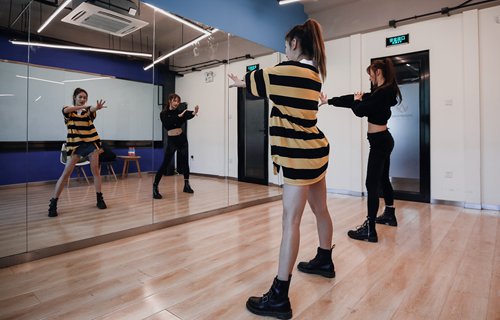 Chen Qiuyu and He Xingyu go about their daily routine at an idol training company in Beijing. (Photo: IC) 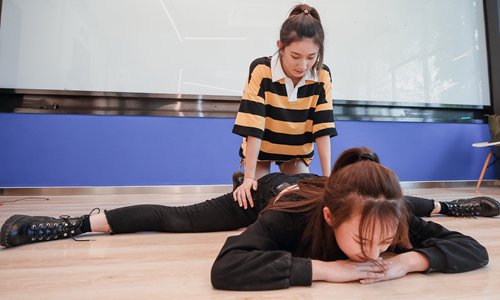