CULTURE A song about Wolverhampton Wanders has taken China by storm

A song about Wolverhampton Wanders has taken China by storm 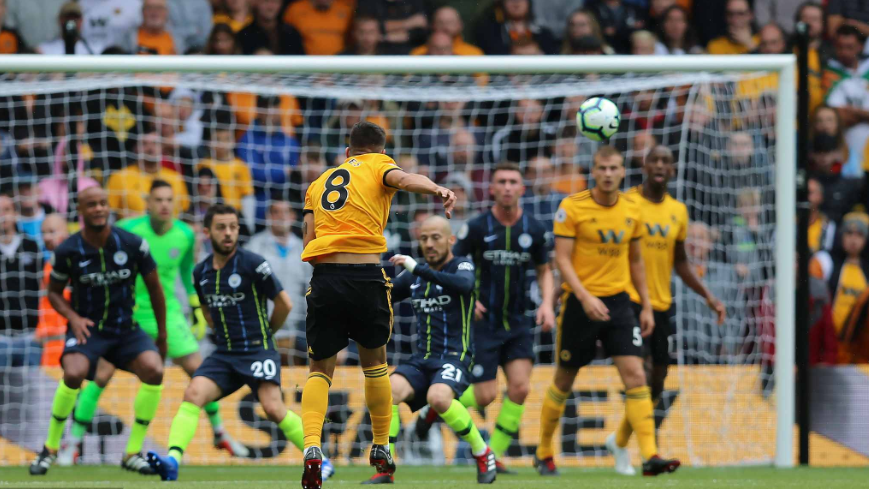 Ruben Neves of Wolverhampton Wanderers shoots from distance during a Premier League match at the Molineux Stadium, Wolverhampton, on August 25, 2018. （Photo： VCG ）

A Chinese rock band that went viral with a song about a fairly obscure English football club has told us their very personal reasons for writing it.

Miserable Faith, already massive inside China, got over 500,000 hits on the first day they uploaded the song.

Wolves Ay We is Miserable Faith's ode to Wolverhampton Wanderers, known by fans as Wolves, and their triumphant return to the super rich English Premier League after six years in the lower divisions.

The band aren't fairweather fans either. It was during a UK tour two years ago, while Wolves were playing in the Championship – the second division of English football – that Miserable Faith became fans.

Lead singer Gao Hu told us:  "We were attracted by the colors and the name, and we had the chance to visit the Molineux Stadium when we passed through Wolverhampton."

"Since then we've kept in touch with the team through Weibo, China's microblogging website."

"When the team got promoted last year, we were inspired to write the song. We are both chasing our dreams."

"It started out as a folk song played on a whistle, but after a lot of talking in hotel rooms while on tour, it finished up as what you hear now."

Miserable Faith is one of China's most influential rock bands and Wolves is one of the many clubs in the Premier League to be significantly backed by Chinese money.

The Chinese conglomerate Fosun International snapped up Wolves for nearly 60 million US dollars two years ago – roughly the same time that Miserable Faith was paying a visit.

The band's bassist says that was important. "We had a number of reasons for writing the song, but the main reason for us was the Chinese connection.

"Apart from that, we are football fans and Wolves has a long history."

He wants China to become a footballing powerhouse, and has promised 50,000 football academies and 20,000 new football pitches by 2030.

Under the guidance of the club's lavishly bearded Portuguese head coach, known simply as Nuno, Wolves have got off to a good start in England's famously unforgiving Premier League. They are currently sitting around the middle of the table.

And of course, support from one of China's biggest hardcore rock bands can only help the team grow.  The band's guitarist Song Jie added: "We know the Premier League is popular in China, but we were blown away by the response to this song."

"We really hope UK based Wolves fans like it as well, and it would be a dream to hear it played at the Molineux Stadium."