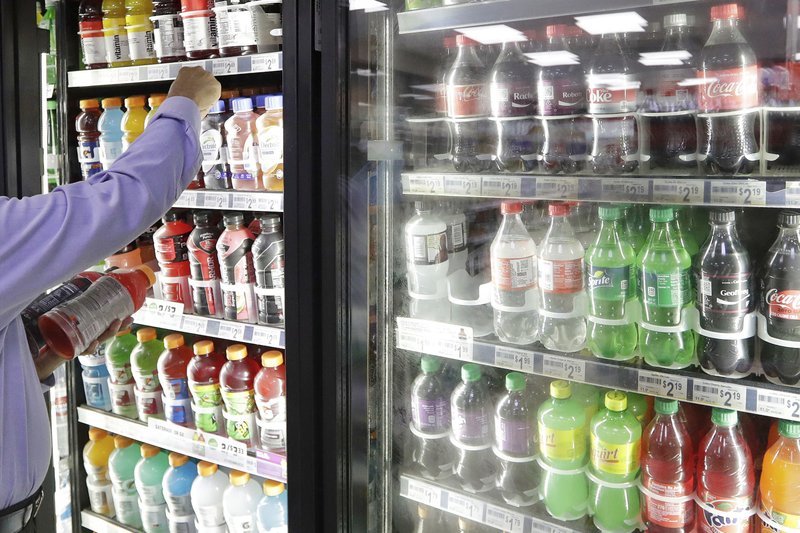 In this Monday, Oct. 1, 2018 file photo, a shop owner reaches into a drink display refrigerator at his convenience store in Kent, Wash. (Photo: AP)

Americans’ diets are a little less sweet and a little crunchier but there’s still too much sugar, white bread and artery-clogging fat, a study suggests.

Overall, the authors estimated there was a modest improvement over 16 years on the government’s healthy eating index, from estimated scores of 56 to 58. That’s hardly cause for celebration — 100 is the top score.

Diets are still too heavy on foods that can contribute to heart disease, diabetes, obesity and other prevalent US health problems, said co-author Fang Fang Zhang, a nutrition researcher at Tufts University near Boston.

The study was published Tuesday in the Journal of the American Medical Association. The results are from an analysis of US government health surveys from 1999 to 2016 involving nearly 44,000 adults.

Among them: Getting Americans to cut down on snack foods, hot dogs, fatty beef, butter and other foods containing saturated fats. The study found these unhealthy fats increased from 11.5% to almost 12% of daily calories, above the recommended 10% limit.

And while the biggest change was a small drop in added sugars, from about 16% to roughly 14%, that’s still too high. The government says less than 10% of daily calories should come from added sugars. Researchers think fewer sweetened sodas contributed to the decline, but Zhang noted added sugars are often found in foods that don’t even seem sweet, including some yogurts and tomato sauce.

Fruits, nuts, oatmeal and other whole grains are among the types of foods adults ate slightly more of. Still, each of those contributed to less than 5% of daily calories in 2016, the study found.

Salt intake dipped slightly and a small decline in fruit juice contributed to a drop in low-quality carbs. But these still amount to 42% of daily calories, including many likely from highly processed white bread and other refined grains, Zhang said.

The study is based on in-person health surveys conducted every two years that ask adults to recall what foods they ate in the previous 24 hours. Starting in 2003, adults were asked that question twice several days apart.

The study lists food groups rather than individual foods; for example “whole grains,” not oatmeal, and “refined grains,” not white bread but Zhang said those two foods are among the most common grains in the US diet.

The US dietary guidelines recommend a “healthy eating pattern” to reduce the chances of developing chronic disease. The focus should be on nutrient-dense foods including vegetables, fruits, whole grains, low-fat dairy products; plus varied proteins sources including seafood, lean meats and poultry, eggs nuts and seeds, the recommendations say.

During the study years, US diabetes rates almost doubled, to more than 7%; obesity rates increased during many of those years, with about 70% of US adults now overweight or obese. Heart disease remains the leading cause of death.

Besides continued public health efforts, “Cooperation from the food industry” is key, a journal editorial said, including by reducing sugar, salt and saturated fats in foods.