CULTURE A thread of hope

A thread of hope 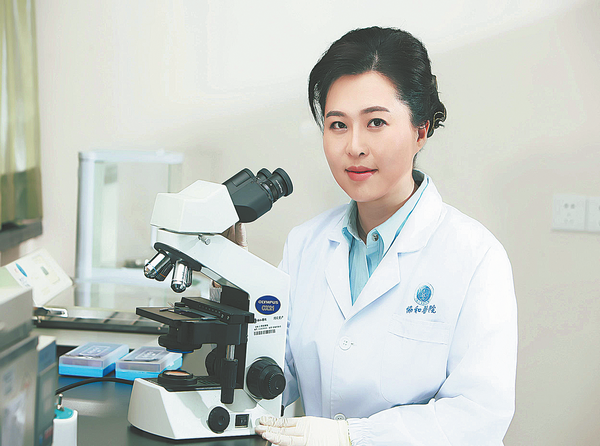 Wang Lin is a recipient of the China Youth May Fourth Medal, a top honor for outstanding young Chinese people, as a result of her achievements in the field of regenerative medicine. (Photo: China Daily)

Wang Lin, 39, shows a very small bit of jelly to her students in the laboratory. The seemingly nondescript substance is sericin hydrogel, which plays a magical role in repairing damaged tissue.

Over the past decade, she has led her team to work round the clock to extract such sericin from natural silk and do experiments to prove its function of tissue regeneration and repair.

Natural silk consists of silk fibroin and sericin. While silk fibroin is widely used in clinical practice, such as for surgical suture, sericin is often considered as a waste in the silk industry.

"We're the first in the biomedicine field to research sericin, opening up a new world. Our overseas counterparts have done much in-depth research about silk fibroin," Wang says.

In 2005, she went to the United States to pursue a doctorate in biomedicine at Brown University.

After that, she became a research fellow at Harvard University and visiting scholar at Michigan University, with great achievement in "regeneration and repair of skeletal muscle".