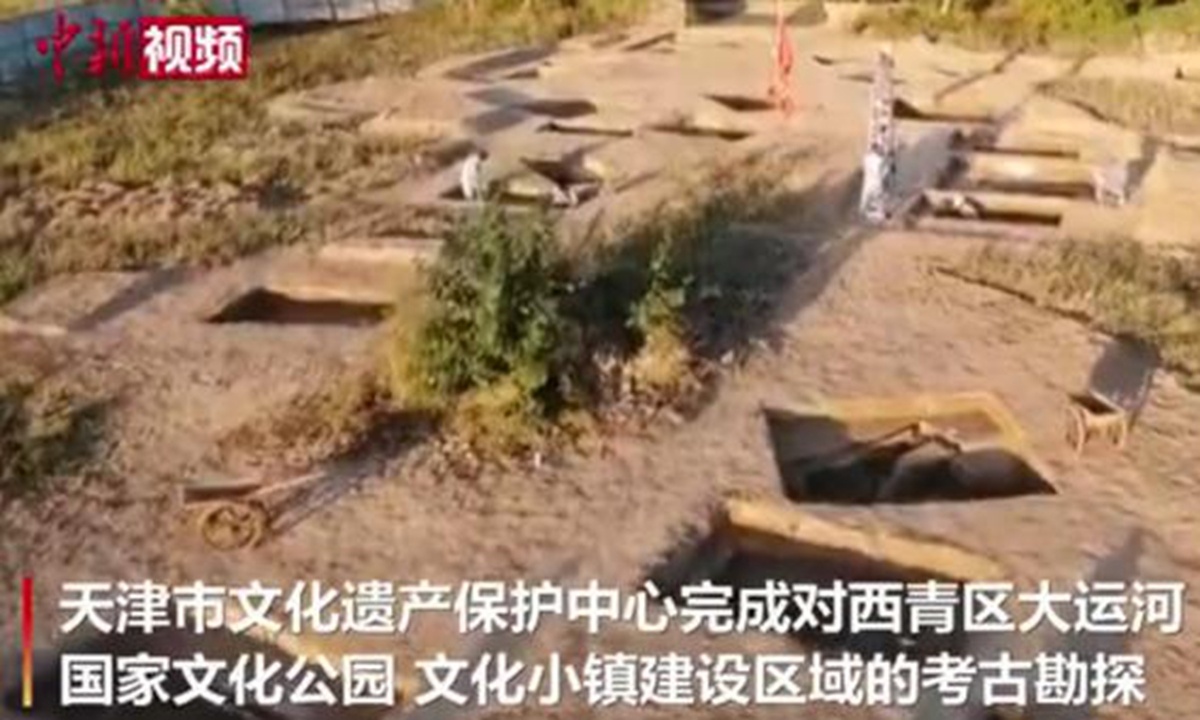 Nearly 900 ancient tombs from various Chinese dynasties have been discovered along the areas of the Grand Canal, a UNESCO World Heritage, in North China's Tianjin Municipality, Tianjin archaeology authorities announced on Wednesday.

Based on their shape, depth underground and the relics unearthed so far, the tombs range from the Song Dynasty (960-1279) to the Qing Dynasty (1644-1911), China News reported on Thursday. This batch of tombs includes both brick and soil made tombs, round and square-shaped tombs, small, medium- and large-sized tombs.

This is a unique find in the past 70 years of Tianjin's archaeological history as well as in the areas along China's canals.

According to Tianjin Cultural Heritage Protection Center, archaeological work on the tombs began in March and finished in late August.

The excavation work mainly covered the tombs between on the Ming and Qing dynasties. Nearly 80 Ming and Qing tombs have been excavated and more than 100 cultural relics such as glazed pots, coins, hair ornaments and charm tiles have been unearthed. At the same time, some human bone specimens unearthed at the archaeological excavation site have been collected.

Yin Chenglong, head of the archaeology project, said that a large-scale scientific excavation of more than 700 ancient tombs found in the construction area of a town near the Grand Canal will be gradually launched according to on-site conditions, climate and other factors.

Chen Yong, an archaeologist who participated in the project, said that this discovery is a great improvement and supplement to the value and of the Tianjin section of the Grand Canal, and is also an important archaeological evidence for the study of the ancient Grand Canal.

The Grand Canal, the longest canal in the world, was built in 486 BC with a total length of 1,776 kilometers, starting from Beijing in the north, passing through four provinces and two municipalities and ending in Hangzhou, East China's Zhejiang Province.