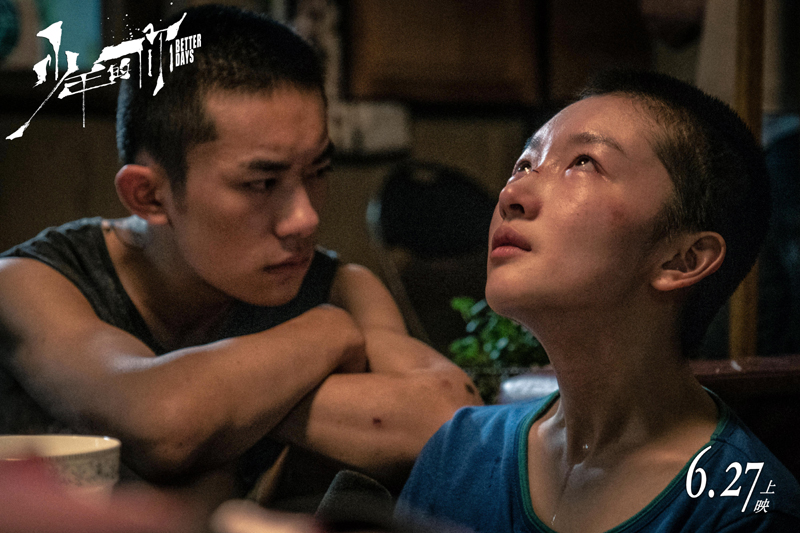 Chinese director Derek Tsang's movie Better Days grabbed the Best Screenplay at the Hong Kong Screenwriters' Guild Awards on Friday, which came to no surprise for a 2019 hit with a box-office total of over 1.5 billion yuan ($212.5 million), which still holds 8.3 out of 10 by over 1 million users on China's rating site Douban.

The news made the movie becoming a trending topic on China's twitter-like Sina Weibo on Saturday morning with the topic being viewed over 100 million times. Chinese netzines commented, however, not to congratulate its winning, but to re-raise the accusation for the original novel that movie is adapted to plagiarizing works by Japanese mystery writer Higashino Keigo.

Some of the most popular comments on Sina Weibo include that "it is ironic for a plagiarized novel to win a Best Screenplay award," "When will Higashino Keigo be informed to receive the award," and "Let's congratulate Higashino Keigo."

The accusation of plagiarism came only days after its debut on October 27, when audiences noticed that some plots in the movie were quite similar to Higashino Keigo's 2005 novel The Devotion of Suspect X, while the movie had been praised for a brave touch on hot topics like school bullying. The movie, adapted from Chinese web writer Jiu Yuexi's novel, tells a touching story taking place between two young people before the college entrance examination.

Some Chinese netziens even reported this to Higashino Keigo's Japanese company after writer Jiu Yuexi claimed that "some parts were inspired by popular TV dramas and movies... fusion of popular plots doesn't equal to plagiarism."

Since then, the accusation had been a frequent topic following the movie's any news like the nomination of Hong Kong Film Awards.