JINAN, April 5 (Xinhua) -- Once heavily engulfed by a tradition of extravagant funerals, Yishui, a county in eastern China, has abolished the custom in an across-the-board reform. 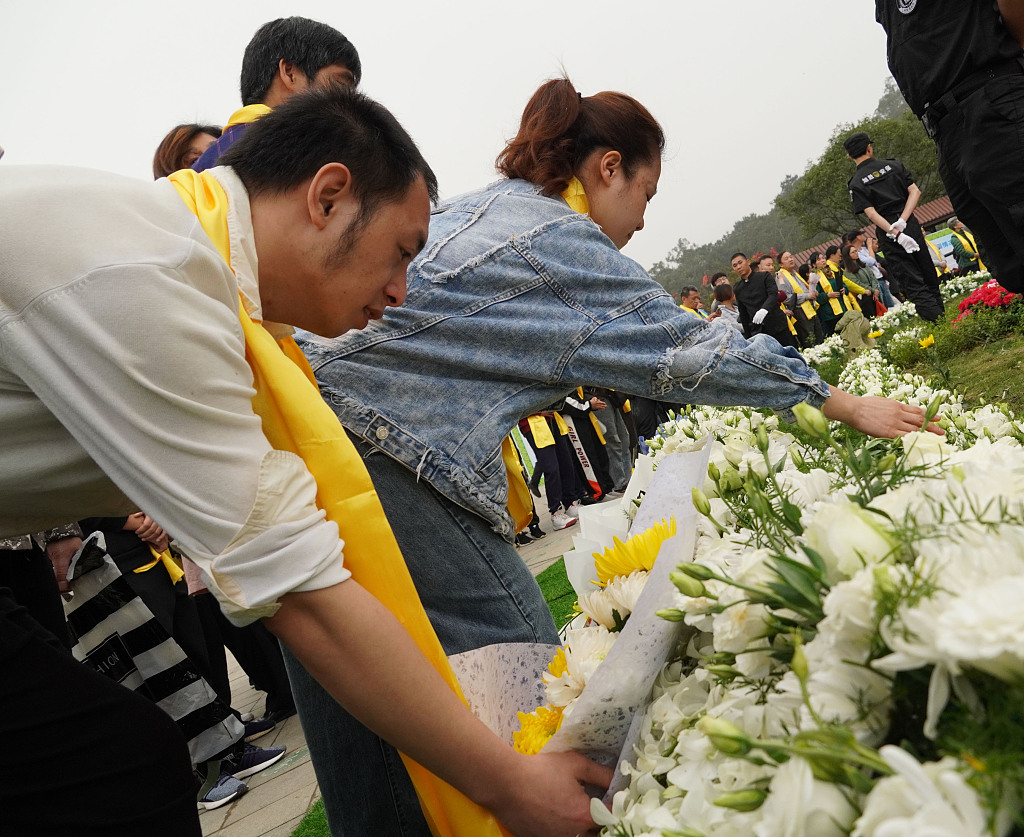 Yishui, in east China's Shandong Province, started to exempt the costs of all funeral procedures for residents of the county in 2017. All costs are now borne by the county government.

The reform was conducted to reverse a trend for expensive funerals and large tombs that were once thought of as way to show economic status.

A whole set of funeral procedures used to cost as much as 30,000 yuan (4,470 U.S. dollars) for a single person, including purchasing mourning apparels, the ritual of pouring soup on the road, and meals for family and friends.

About 8,000 people die every year in the county, which is home to around 1.1 million people. Now the county pays around 20 million yuan every year for the funerals and cemeteries, which is one-tenth of the expenses if they were paid for by the people themselves, said Xue Feng, Communist Party secretary of the county.

More than 110 public cemeteries have been established as the resting place for more than 16,000 deceased, Xue said.

Traditional tombs used to be built on farmland and hamper plantation, but public cemeteries need one-tenth of the land that traditional private tombs occupy, he said.

The Chinese government started piloting funeral reform in 2017, which has since intensified.

The county encourages simple but solemn ceremonies to honor the deceased, Xue said.

"It is an important aspect of social progress," he said.