Across China: Winter sports heat up on freezing western plateau 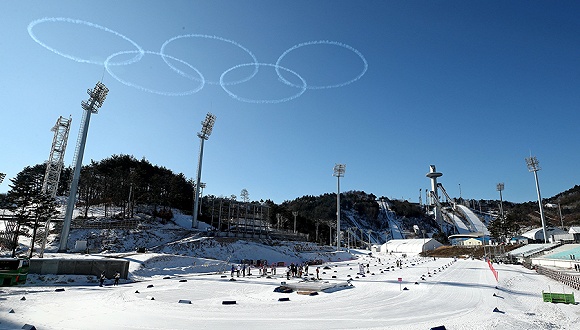 Growing up in a remote village in northwest China's Qinghai Province, Dudru Cering and most villagers hardly knew anything about winter sports. However, now he is a cross-country skier.

The 15-year-old Tibetan practiced football at a local sports school before he was selected as a cross-country skier by the provincial sports college in October because of his good physical condition.

Dudru is now training in a national sports base in Huangzhong County in the city of Xining, capital of Qinghai.

At over 2,000 meters above sea level, Duoba National Highland Sports Training Base is famous for the high-altitude training environment, which enhances athletic performance and improves endurance.

The base has been called the "manufacturer of gold medals."

"I really wish to take part in the 2022 Winter Olympic Games, though I'm just a rookie. I'm curious about everything, and cross-country skiing is really cool," Dudru said.

Dudru's mom is a farmer, taking care of 0.3 hectares of land, and his father is a herdsman, herding more than 200 goats. Dudru usually contacts his parents by WeChat video call.

"I show my new skiing equipment to my father. He's very interested in the equipment and he hadn't seen it before. My father encouraged me to work hard because he said that for a herdsman's child it is a very precious opportunity that I should cherish," Dudru said.

Ba Yunji, a retired athlete and national cross-country skiing champion, is now the coach of Dudru and 13 other teenagers.

"It was hard to keep their feet at the beginning of training. But I have faith in them. They will become excellent athletes," Ba said, adding a growing number of teenagers had been seen participating in winter sports in China since 2015, when Beijing won the right to host the 2022 Winter Games.

Since an increasing number of ski resorts and skating rinks are being constructed in more and more Chinese cities, not only in the developed regions in eastern and southern China, but also in the relatively backward western regions, peak visitor flows have also been seen in those venues in the winter.

Qinghai is home to headwaters of three major rivers: the Yangtze, Yellow and Lancang (Mekong). The average altitude of over 3,000 meters above sea level and low temperature in winter make Qinghai an ideal place to develop winter sports.

However, due to a relatively backward economy the development of winter sports just started in the province not long ago.

There are over 10 skating rinks in the province now, while the venues have received more and more locals in recent years.

"I'd like to go out to skate or ski, rather than stay at home since I have new options in the winter," said Guo Yayan, from the capital city.

Meanwhile, diverse related activities have sprung up in the province, including tourism and outdoor games.

To attract more locals to take part in winter sports, Qinghai has been making efforts to improve winter sports facilities.

Earlier in December, Qinghai held the International Curling Elite 2018 at the Duoba base, attracting 18 teams from nine countries and regions, including winter sports global powerhouses like Canada, the United States, Russia and Scandinavian countries.

"Introducing international events is an important measure to promote the development of winter games in Qinghai," said Liu Xinghai, who's in charge of the base, adding that the province is not only fostering cross-country skiing teams but also other winter sports talents.

Liu said that Duoba base is now building a 160-hectare ski resort, which is scheduled to train athletes, as well as provide a venue for the public in the future.