Across city to find the lost owner, 76-year-old moved netizens

Recently, netizens were touched by the good deeds of a 76-year-old man, which spread on social media. 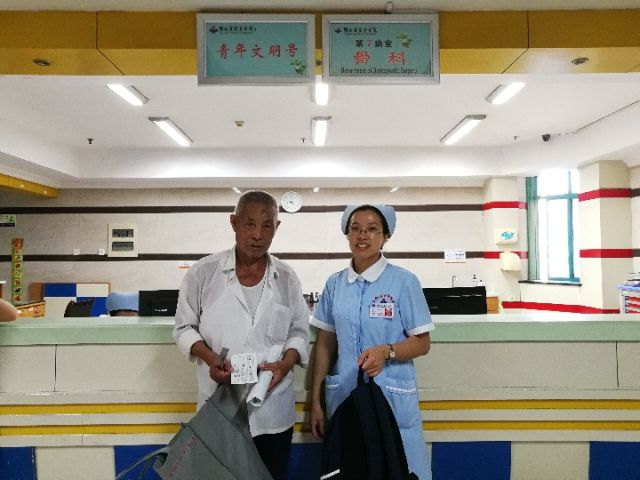 At 1 PM on August 30, 76-year-old Jiang Weichen, arrived at Changsha Railway Station in advance and prepared to take the train back to Hengyang, a city 190 km from Changsha. In the waiting room, he saw a black backpack on the seat.  He hoped to find the owner. However, at 9 PM, Jiang could not wait for the owner and had to go back to Hengyang after rescheduling his ticket.

"Inside the backpack, there are clothes, medicine and X-Ray film. The owner must be very worried." Jiang said.

After arriving home, he found a card in the backpack, which shows that the owner’s son was hospitalized in Hunan Children Hospital in Changsha. To return the backpack, he decided to go back to Changsha. At 8 AM on September 3, Jiang appeared in that hospital holding the card and asked the nurse where he could find this child and his family members.

Yi Yinzhi, the head nurse in that hospital, remembered that the old man was very worried. After hearing the story, she asked Jiang to give the bag to her and promised to find the owner.

After handing the backpack over to the hospital, the stone in Jiang's heart finally fell to the ground. Then he took the train back to Hengyang at night. It was early morning when he arrived in his home.

Yi said the hospital has contacted the owner, who lives in Yongzhou, 300km from Changsha. He said he is very grateful to Jiang and will pick up his backpack the next time he brings the child back for medical treatment.